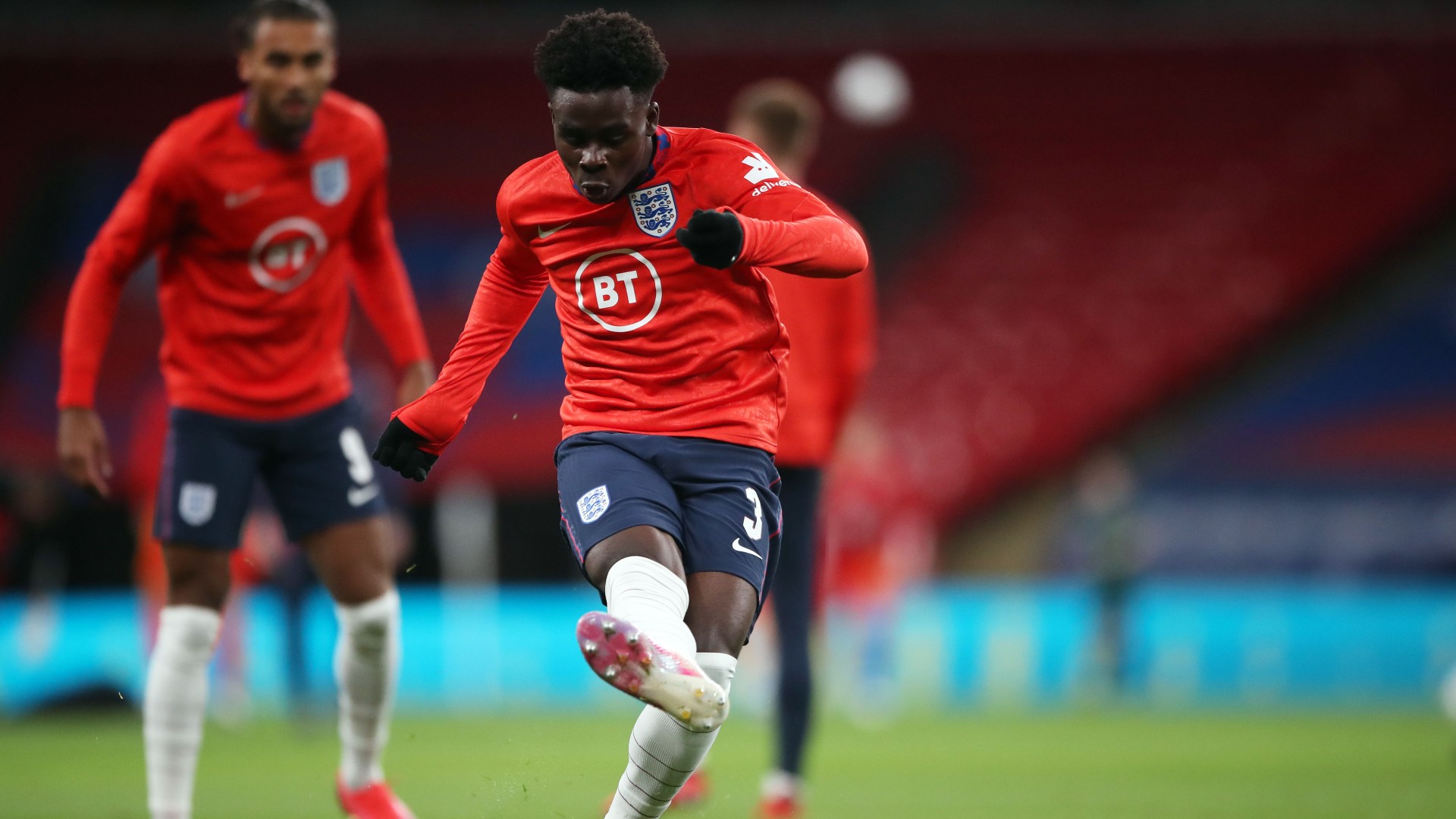 The Arsenal star made his senior bow last month against Wales, and has named which fellow countryman caught his eye above the others

Bukayo Saka says he is grateful to have Jack Grealish as a team-mate rather than an opponent this week, saying the Aston Villa star is the England player who impressed him the most on his maiden senior international call-up last month.

Arsenal winger Saka and playmaker Grealish both made their senior international debuts last month in the friendly win over Wales, and they have been called up again for upcoming games against Republic of Ireland, then Belgium and Iceland in the UEFA Nations League.

Saka was up against Grealish last weekend, scoring an own goal as Villa romped to a 3-0 win away to the Gunners. The Arsenal youngster is grateful to have Grealish on his side for the trio of international fixtures, and said he was blown away by the forward's skill and attitude on the training pitch.

"He's a top player. When I came here the first time he was the player who impressed me the most in training," Saka told the pre-match England press conference.

"Before we played against Villa at the weekend we analysed him and picked him out as one of their main threats and he showed it in the game.

"He was amazing from start to finish, so it's going to be good to play with him and not against him this week."

Saka has been tipped for a place in Gareth Southgate's squad for the European Championship, rearranged for next summer after the coronavirus pandemic caused Euro 2020 to be postponed.

He is grateful to Southgate for taking a chance on him at international level, and is keen to test himself against the best in the world, including the Belgians, against who England picked up an impressive 2-1 victory at Wembley in October.

"It's been amazing to have the faith of the manager and for him to recall me to this camp," Saka said. "When I got the text, I was so happy again and I just want to do my best here.

"In the games and opportunities he gives me, I want to give my all on the pitch and I hope I can repay the faith he has shown in me.

"Games against Belgium are the type of games you want to play in as a player - the big games, the games that mean the most. It's not just that game, though, every time I get an opportunity to show how good I am, hopefully I can do my best and hopefully get picked for the Euros."