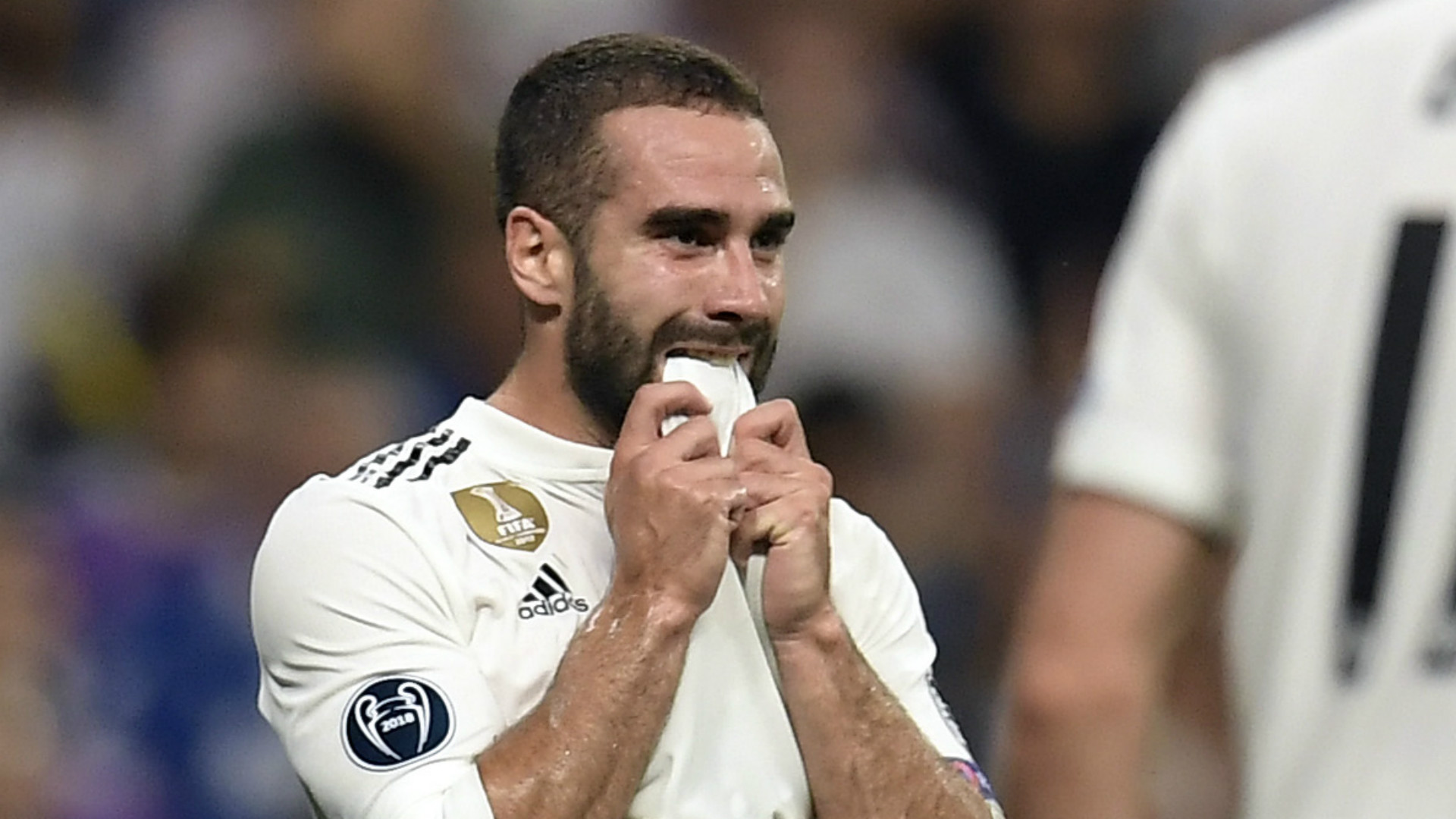 The Blancos defender believes added competition for places will be a good thing at the Santiago Bernabeu, but will not rule out a future move

Dani Carvajal has suggested that he is happy to stay at Real Madrid but warned that he would look to leave the club if he is not granted regular first-team minutes.

A big summer lies in store for Los Blancos, with their struggles across the 2018-19 campaign have heightened the need for change.

Zidane Zidane is back at the helm and expected to be given the backing in the next transfer window that he requires in order to make Madrid competitive again.

A €70 million (£62m/$79m) deal for Eintracht Frankfurt striker Luka Jovic has already been tied up.

Meanwhile, Goal has revealed that Real are in the process of pushing through a big-money agreement for Chelsea forward Eden Hazard.

Carvajal is looking forward to welcoming fresh faces to the Spanish capital, telling Cadena Ser: "I hope that competition [for places] will be high next season and that we can compete for everything."

The Spain international defender added on the need for greater depth in a squad that finished third in La Liga and came up short in Champions League and Copa del Rey campaigns: "Two players per position at the highest level allows you to compete for everything in the months of March or April.

"You need to have high quality players and to push them, to let them know that they have a rival."

Seeing more players come through the door could place Carvajal’s own position under threat, but he is not looking for a move just yet.

The 27-year-old right-back said when quizzed on his future plans: "Not everyone will leave.

"It is always said that until they kick you out, you do not leave Real, but that depends on the personality of each player.

"It makes me happy to play and if I see that in the future I do not have minutes or play with confidence, then I'll look at another club because I think a footballer's career is too short for that."

Carvajal, who is a product of Madrid’s famed academy system, has been at the Bernabeu for a second spell since 2013.

He has taken in over 230 appearances for the club, while savouring a Liga title triumph and four Champions League successes.