Meet Boubakary Soumare, the Lille midfielder who could be Man Utd's answer to the Pogba problem 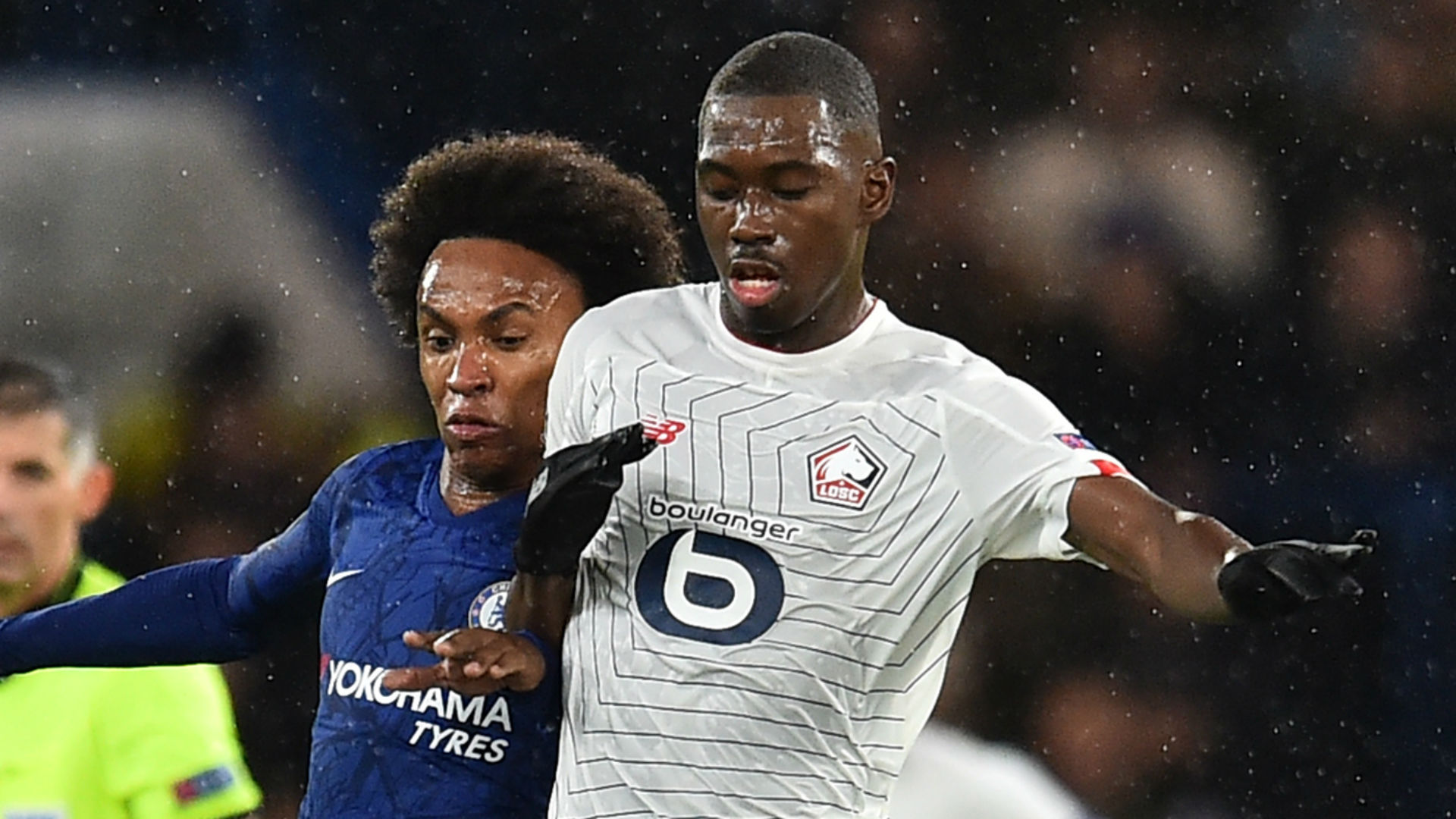 The 20-year-old is attracting attention from all over Europe, with LOSC expected to put a big price tag on a young man they could sell in January

Paris Saint-Germain have made an unhappy habit of squandering the talent that has passed through their youth academy in recent years.

Led by Bayern Munich’s Kingsley Coman, the Parisians have seen Dan-Axel Zagadou, Moussa Diaby and Moussa Dembele, to name just a few, all leave to achieve significant levels of success elsewhere, yet the loss of midfielder Boubakary Soumare could be the one that hits them hardest.

Currently playing with Lille, the 20-year-old turned down professional terms at Parc des Princes in favour of a move to northern France in the summer of 2017, seduced by the lure of immediate first-team football, and has not looked back since.

“When we saw him at first, we wondered who this player was,” Patrick Collot, a former Lille reserve-team boss, told France Football. “He really exudes calmness and a very high level of technical quality for a midfielder, as well as speed and power. We saw that he was going to reach a high level very quickly.”

And he has, having already accumulated over 60 appearances for last season’s Ligue 1 runners-up, including six this season in the Champions League. Consequently, he has seen his stock rise to such an extent that he is now being monitored by a raft of Europe’s top clubs.

Indeed, of all the young prospects currently plying their trade in France, this dynamic young central player is perhaps the likeliest to depart in January, with local press suggesting that around 20 scouts have been dispatched on a weekly basis simply to follow his progress.

Napoli are one of the sides most interested in his services, which could be attained for an estimated €60 million (£51m/$67m), while Real Madrid and Valencia have also been keeping close tabs on him.

But it is the Premier League that holds the greatest appeal to the great hope. Wolves tried and failed to sign him in the summer but could move once again, while Manchester United and Tottenham are also credited with an interest in the player, who has two-and-a-half years to run on a deal that has already been extended once since his arrival.

Selling Soumare could offer Lille a rapid route to balance their precarious budget, although president Gerard Lopez has made no secret of his belief in the Paris-born player.

“He’s one of the very best at his job,” he told Voix du Nord in October. “He’s technical, with incredible physical power and wins a great deal of possession. He’s a modern No.6 or 8. We’ll see him in the France team very soon.

“He’s a clear vision of where he wants to go and he’s working very hard to get there.”

While this could readily be dismissed as pre-transfer window bluster for a player who has still only made four appearances for the national team at Under-21 level, those who have witnessed his performances at close quarters would attest to his qualities.

“I’ve been with him for two years and he’s already a very complete player,” U21 boss Sylvain Ripoll explained. “He’s also got this capacity to adapt because ‘Bouba’ can play in a two or three-man midfield. And he’s increasing in confidence and maturity all the time.”

And, with compatriots Paul Pogba and Tanguy Ndombele’s futures uncertain at Old Trafford and the Tottenham Hotspur Stadium respectively, it is easy to see Soumare, a player of a similar type, stepping into a void should one develop.

“He dominated Ndombele last season,” Lopez pointed out, remembering a 2-2 draw in which he excelled, scoring his first – and so far only – professional goal. “And Ndombele is not just anyone, since he signed for Spurs. Bouba will also go to a big club.”

While his performances have earned him comparisons to Pogba, something he no doubt enjoys after watching videos of the World Cup winner for inspiration, his lifestyle is more reminiscent of the famously reserved Chelsea star N’Golo Kante.

“He comes from a family in his image, you respect everyone and you don’t get noticed,” Luca Spurio, a former team-mate from his youth days at Paris FC, where he played for five years before moving to PSG in 2011, told France Football. “He’s very family orientated and is still very attached to his neighbourhood. It was and still is his little cocoon. As soon as he has time, he comes back.

“Bouba is simple: it’s either family, friends or football.”

So, if there are no questions over his technique, industry or mentality, where can Soumare improve?

“He’s expressing only 40% of his potential,” head coach Christophe Galtier believes. “He still needs to improve his defensive reading, particularly about what’s going on behind him. But that will come with matches.”

If this really is Soumare at less than half capacity, he will be a worthy addition to any club and a household name before the year is out.