The sun shone on Merseyside this weekend, and for once the sky looks a little brighter for Liverpool too.

A routine away win? A Premier League clean sheet? Renewed hope in the battle for a top-four place? They will take that, for sure.

In a season of struggle, this was a day to enjoy for Jurgen Klopp and his team.

For once, it was the Reds taking a step forward while their rivals stuttered. After West Ham dropped points on Saturday, and after Leicester City, Chelsea and Manchester United followed suit 24 hours later, Klopp’s men took care of their own business, beating Sheffield United 2-0 at Bramall Lane to make significant gains on the sides above them.

Sometimes it is about more than three points, though.

This was a victory that ended Liverpool’s four-game losing streak in the Premier League, and one achieved courtesy of a performance that defied the general mood of pessimism which has engulfed the club in recent weeks.

They may have only beaten the Premier League’s bottom club, but they did it well. 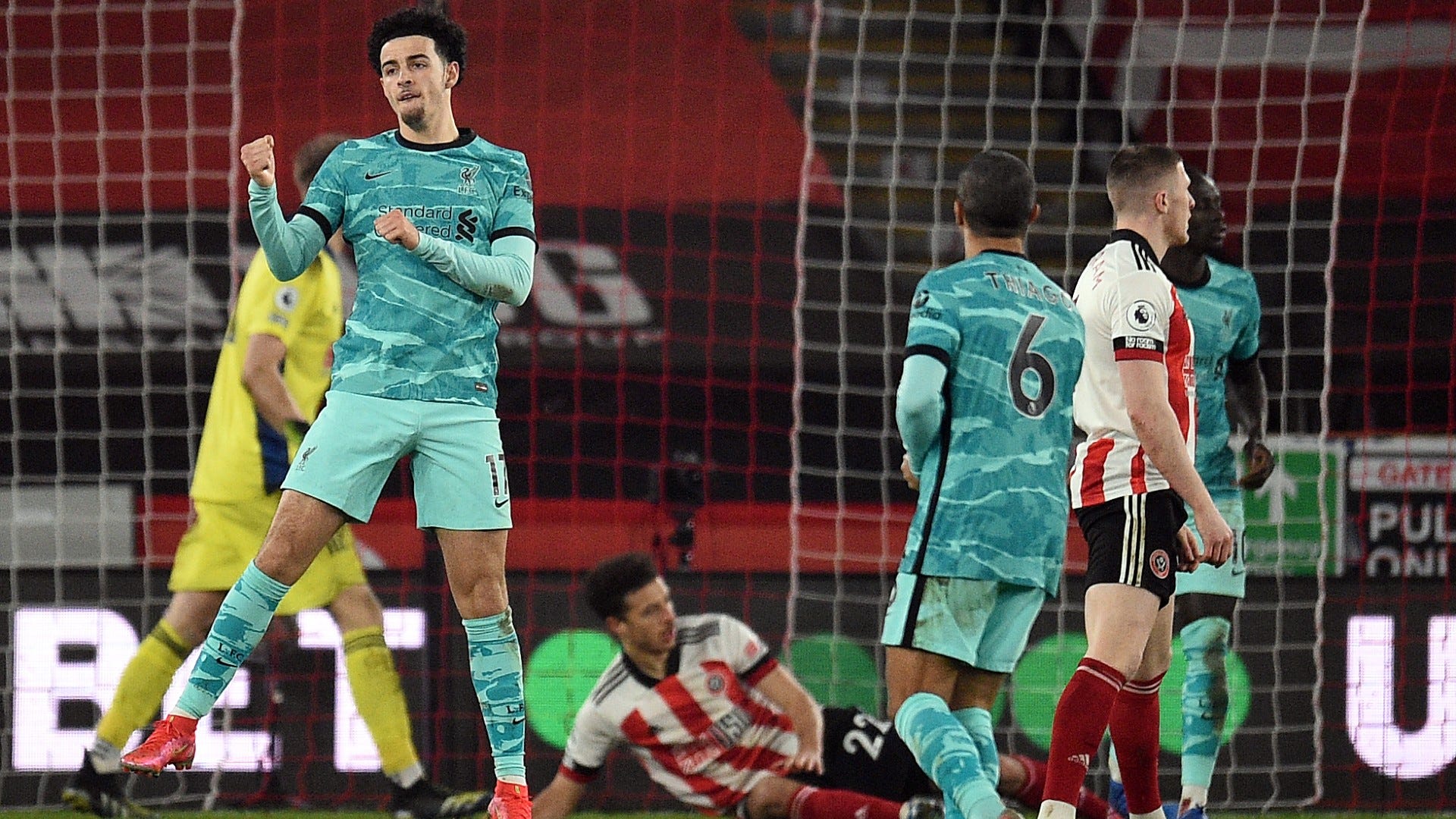 Two second-half goals did the damage, and the margin of victory could, and indeed should, have been even greater.

Liverpool dominated the first 45 minutes but found Aaron Ramsdale, the Sheffield United goalkeeper, in fine form. Ramsdale, who has struggled like his team this season, was inspired, saving from Roberto Firmino and Mo Salah, from Curtis Jones and Gini Wijnaldum.

Firmino, presented with a golden chance six yards out, then inexplicably chose to pass both the ball and the responsibility, allowing the Blades to clear, and just for a moment it looked as if it could be another one of those days for Klopp's men.

It was not. The visitors upped their game further after the break, and had the points wrapped up within 20 minutes of the restart.

The margins were fine, and the breaks went their way. Trent Alexander-Arnold, who was back to something like his best, just about kept the ball in play before crossing for Jones to lash in the opening goal on 48 minutes.

It was the midfielder’s first Premier League strike of the season, and reward for another confident performance. At 20 years of age, the young Scouser has been one of Anfield’s few shining lights this season.

Liverpool had, again, a patched-up defence, with Adrian deputising in goal for Alisson Becker following the tragic loss of the Brazil international's father earlier in the week, and Nat Phillips alongside Ozan Kabak at centre-back.

And though the home side occasionally threatened through the rugged duo of David McGoldrick and Oli McBurnie, in truth this was a fairly comfortable day for the backline.

Adrian did what was required, with hands, feet and mouth, and Phillips in particular looked accomplished. The 23-year-old is not elegant or flashy, but he does the basics well, has a good temperament and should be a guaranteed starter in the coming weeks. He is good enough, and he is needed.

It was Firmino who wrapped the game up for Liverpool. The Brazilian’s form of late has been patchy, to say the least, and his lack of killer instinct can infuriate at times but he was much improved here and, like Jones, got his reward. 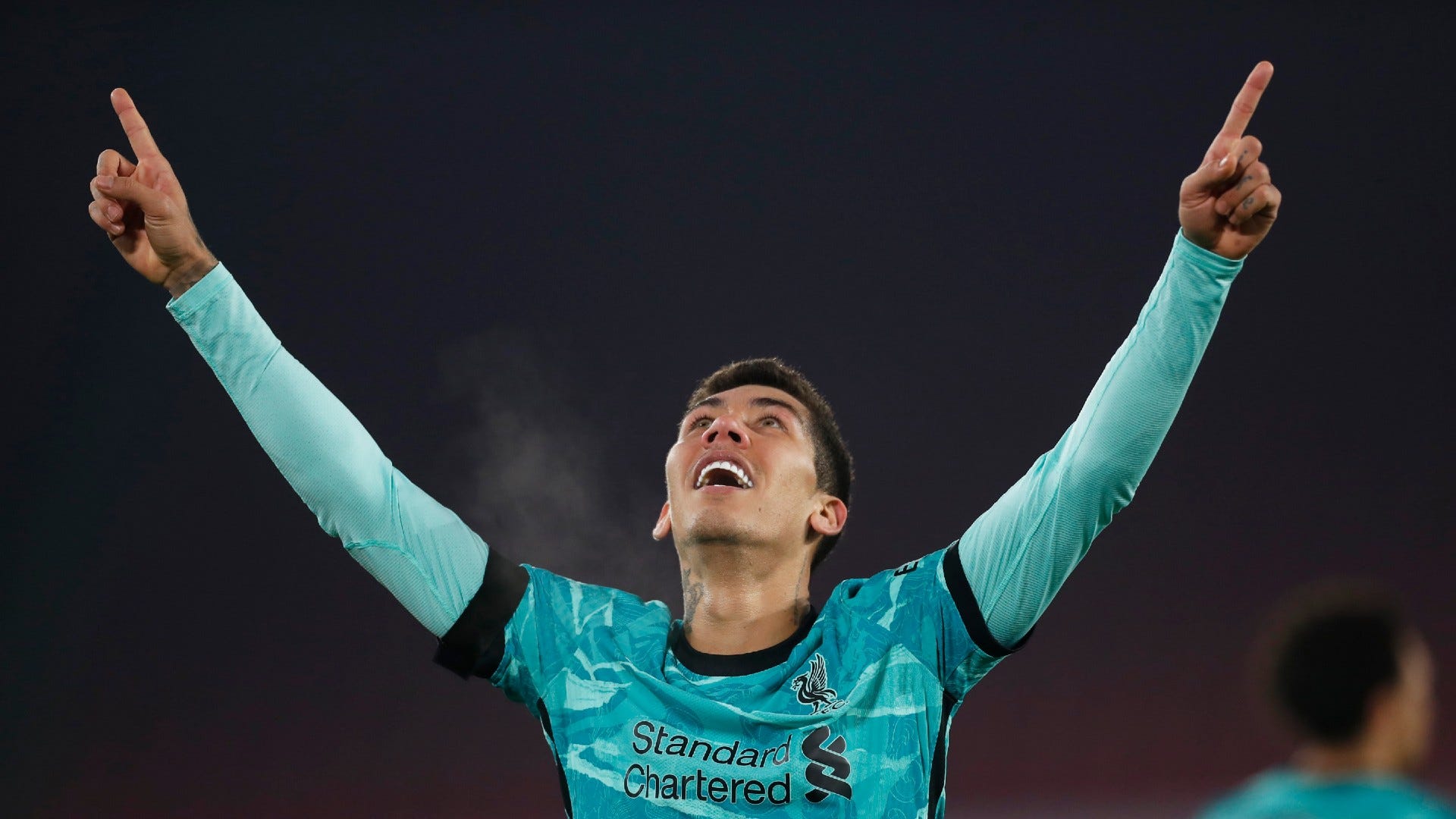 It was not his goal, as it turns out, his shot deflecting off Kean Bryan and past Ramsdale for an own goal, but the manner in which Firmino engineered the chance, combining with Sadio Mane and Jones before working the space for the shot beautifully, shows why it would be so hard for Klopp to let go of him.

When he plays well, Liverpool play well. And he played very well here.

There could have been more reward. Salah missed a great chance and Andy Robertson was wayward at the end of another good move. At the other end Phillips and Co. stood firm, while there was the welcome sight of Naby Keita making a 10-minute cameo – his first appearance since December 19. James Milner, too, made his return from injury.

Further boosts could come in the week, too, with Fabinho back in full training and Diogo Jota, who was due to be on the bench before being taken ill at the team hotel on Saturday night, also available.

Alisson, too, should return for the visit of Chelsea on Thursday night. That's a big one in any season, but even more so this time around. Fifth against sixth, in the battle for fourth.

The good news for Liverpool is that they looked a bit more like themselves here.