The Bayern Munich striker believes the talented teenager should be looking to stay put, allowing him to unlock his further potential in the Bundesliga

Robert Lewandowski has advised Erling Haaland to shun the interest he is said to be attracting from afar, with the Bayern Munich striker urging his rival at Borussia Dortmund to stay put.

Speculation regarding the immediate and long-term future of a talented Norwegian forward has surfaced a matter of weeks after he secured a switch to Germany.

The likes of Manchester United and Real Madrid were said to have cast admiring glances in Haaland’s direction as he prepared to head for the exits at Red Bull Salzburg. Heavyweight outfits in the Premier League and La Liga were left empty-handed at that stage, but further efforts could be made to land a prolific teenage frontman.

Lewandowski knows all about transfer talk, having generated plenty himself down the years, and feels Haaland would be best served ignoring any advances from afar. For the Poland international, a hot prospect should focus on unlocking further potential in the Bundesliga before considering any move that will allow him to reach the very top of the game.

Lewandowski said when quizzed on Haaland, who has netted 12 times through 11 appearances for Dortmund: “He has huge potential, but still has time. I don't want to put any pressure on him with my statements.

“If he works hard, he can become a better player and eventually reach the top level. Therefore it might be good for him if he would stay in the Bundesliga longer before taking the next step.” 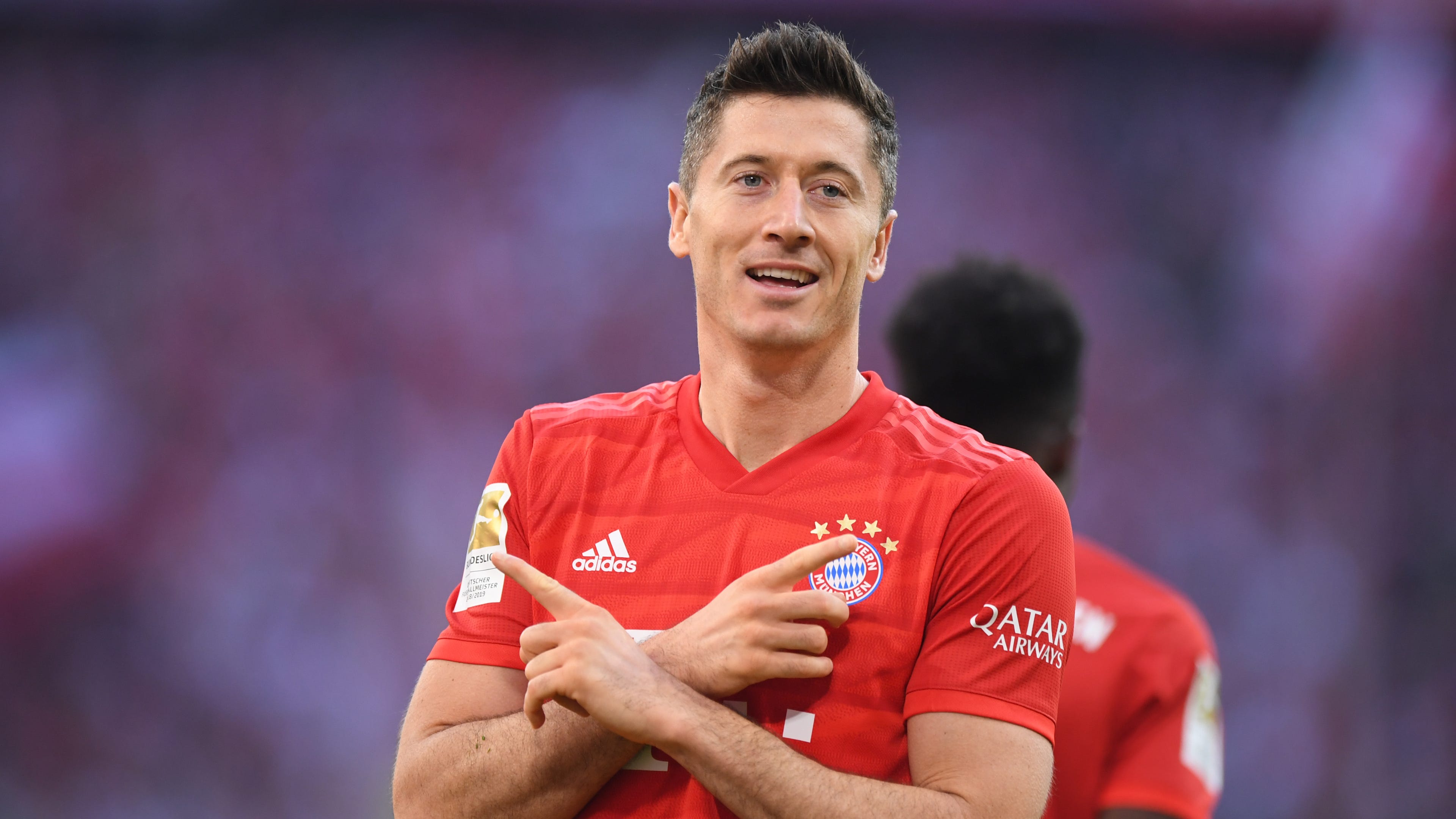 Haaland will harbour ambitions of one day standing alongside the very best strikers in the business. Lewandowski is already at that level, with the 31-year-old having plundered 230 goals through 275 appearances for Bayern – to go on top of the 103 he managed in 187 outings for Dortmund.

He has long been lauded as one of the most complete frontmen on the planet, but he is far from being alone in that talent pool. In the eyes of Lewandowski, star turns from Real Madrid, RB Leipzign, Barcelona, Manchester City and Paris Saint-Germain deserve to sit alongside him.

Asked to pick out his favourite No.9s, the predatory Pole said: “A difficult question. If we talk about nine, I would say: Karim Benzema, Timo Werner, Luis Suarez, Sergio Aguero and Kylian Mbappe.”