Nicolo Barella, who has made no secret of his desire to play in the Premier League, has been compared to Steven Gerrard - but is the hype justified?

On Sunday evening, Inter and AC Milan will collide on the field in the first Derby della Madonnina of the new season.

Off the field, though, the pair are embroiled in another battle, one which has only intensified and grown during the international break.

After making an impressive start to his Italy career, Nicolo Barella is now undoubtedly one of the most coveted young players in world football, with both Milan clubs, Juventus and Roma all fighting for his signature.

In addition, Manchester United have scouted the 21-year-old ace several times, while Atletico Madrid tried everything to persuade Cagliari to part company with their home-grown hero last season only for club president Tommaso Giulini to refuse to sell.

Anyone who watched Italy's 1-0 win over Poland on Sunday night would have seen just why Barella has attracted the attention of some of Europe's biggest clubs.

He was the best player on the pitch at the Silesian Stadium – no mean feat given he started in midfield alongside Chelsea pass-master Jorginho and Paris Saint-Germain star Marco Verratti.

Azzurri coach Roberto Mancini was effusive in his praise of Barella's performance in what was only his second appearance for his country, while Fabio Capello compared him to the legendary Marco Tardelli.

"Barella's the player who can change the tempo in midfield," the former Italy boss told Radio Anch'io Sport .

"He gives something more in terms of quality and quantity, which we lacked before.

"He reminds me a bit of Tardelli on a dynamic level." 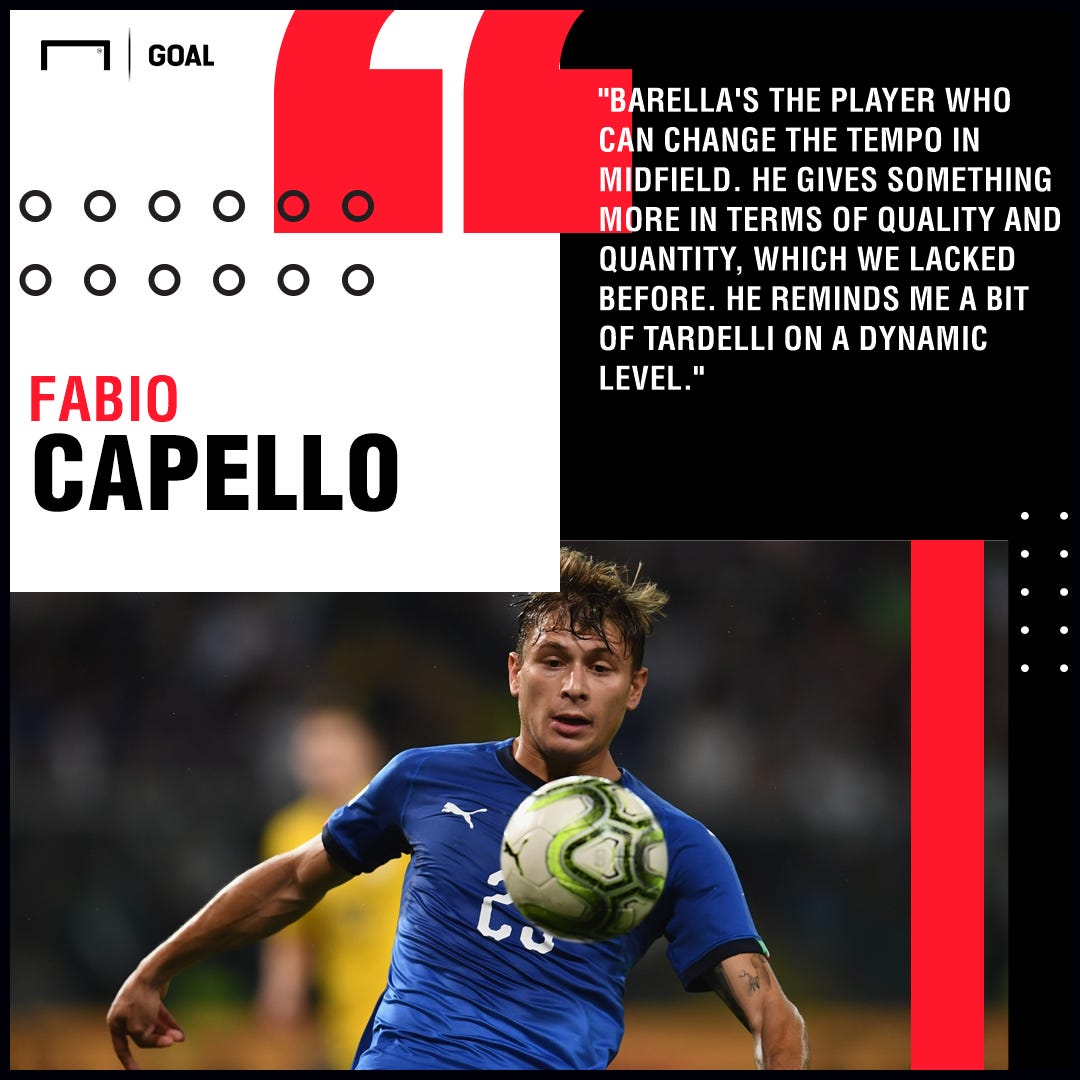 Blessed with incredible stamina, he gets through an impressive amount of work in the middle of the park and, in that sense, it's easy to understand why two midfielders-turned-coaches in Gennaro Gattuso and Diego Simeone are both so enamoured with him.

No outfield player in Serie A has made more recoveries than Barella this season (72), while only five players have won more tackles than him (16). Only one midfielder has made more interceptions, while he ranks fourth in terms of duels won.

However, there is more to his game than tenacious tackling and a relentless pursuit of possession. Barella is also both talented and brave on the ball.

At just 21, he has already developed into a leader at Cagliari, a player willing to take charge of the game. Only six midfielders in all of Serie A have had more touches than he this season (557), which only serves to underline his importance to the Cagliari side, while his long, raking, right-footed passes are a feature of every game the Sardinians play.

He is willing to take players on too. He has completed more dribbles (8) than wingers Douglas Costa and Ivan Perisic (6), while he has created more chances (12) than the likes of Radja Nainggolan (9) and Sergej Milinkovic-Savic (9).

As an aggressive, indefatigable midfielder lining out for Cagliari, comparisons have obviously already been made with Nainggolan and Barella admits that he is just as committed as the Belgian.

"I think people say we're similar because we always give 100 per cent on the field," the youngster reasoned. "I hope to have a career like his but I still have so much to learn to reach those levels." 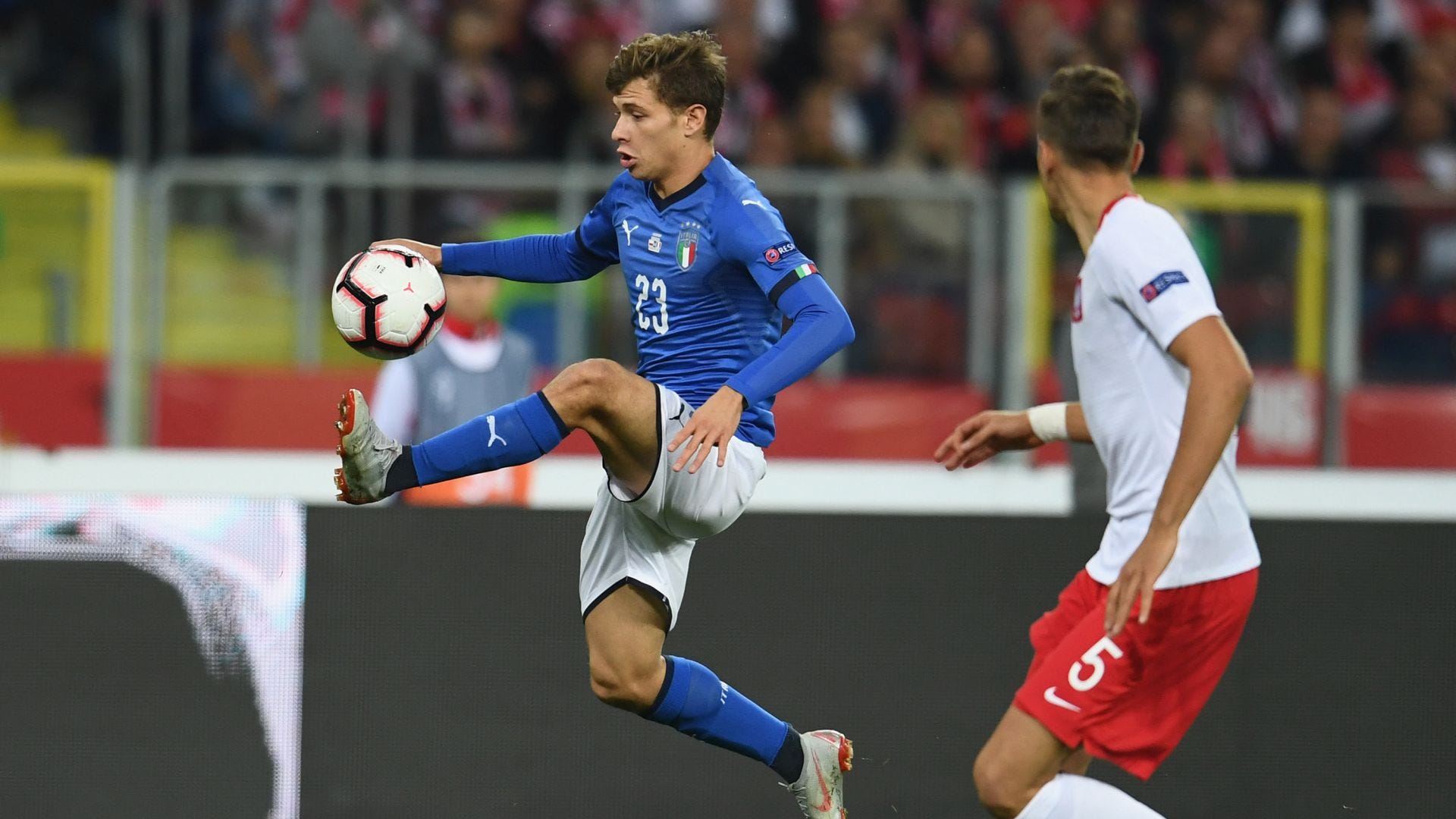 Indeed, while Barella is also versatile like Nainggolan, capable of playing anywhere in a midfield three or as an attacking midfielder because of his excellent vision and technique, he knows that he needs to score more.

The Gazzetta dello Sport once labelled him 'The Sardinian Steven Gerrard' but, in truth, he has yet to find goals as easy to come by as the former Liverpool captain. Still, he is improving in that regard, hitting six in 34 Serie A outings last season.

There has also been constant speculation linking him with a move to Anfield, sparking giddy talk that Liverpool could use Barella's love of their most famous stakeholder, basketball superstar Lebron James, to lure him to Merseyside, but Goal understands that the Reds are happy with their midfield options right now and have told Giulini that they will not be meeting his €50m asking price.

Essentially, Liverpool have no intention of being lured into a bidding war, particularly after spending over £100m strengthening their midfield with the recent acquisitions of Naby Keita and Fabinho.

That is not to say that Barella will not end up in the Premier League, though.

As a proud Sardinian who took his first steps towards becoming a professional at the football school founded by Cagliari legend Gigi Riva, he loves both his club and his city, but he has made no secret for his fondness of the physicality of the English game. 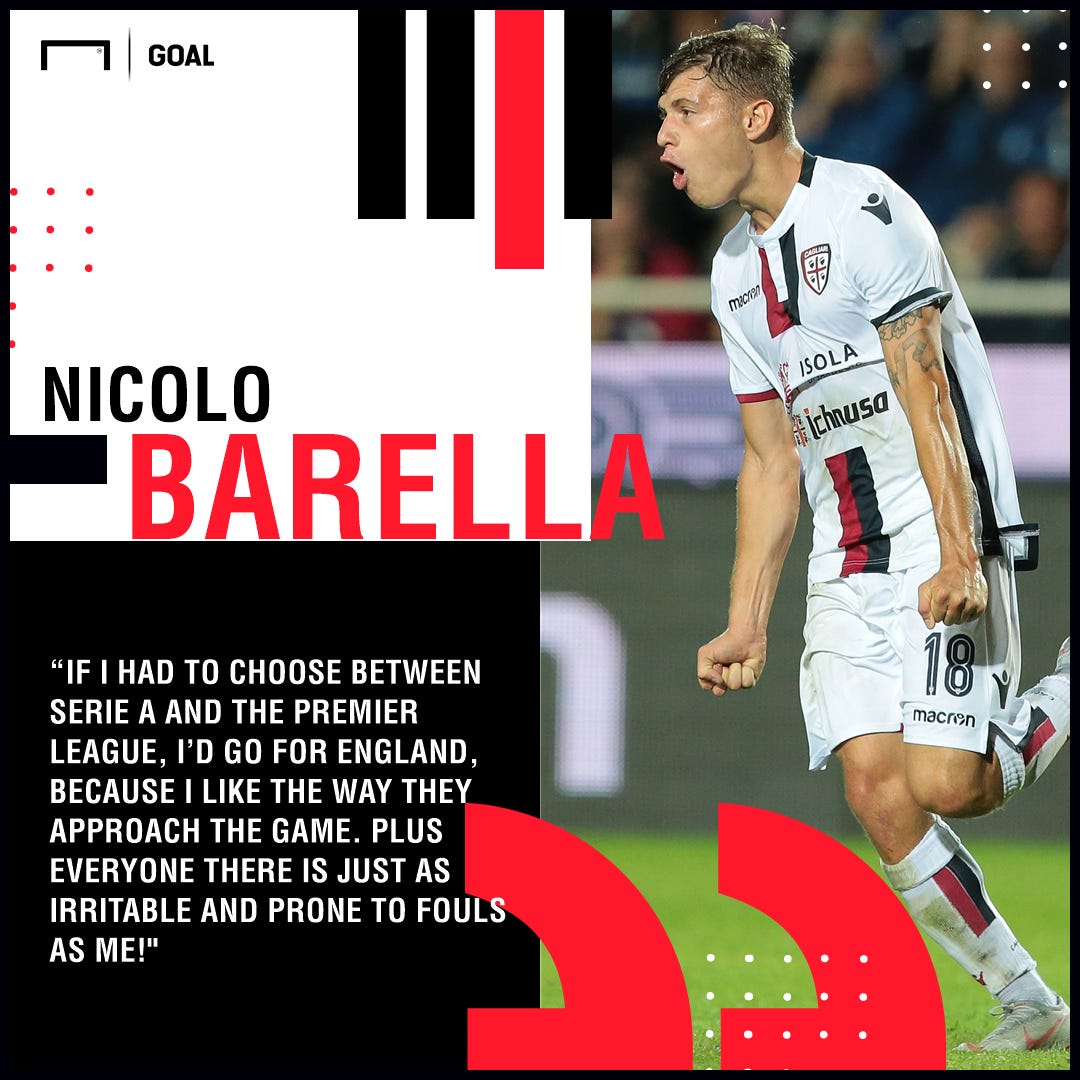 “If I had to choose between Serie A and the Premier League, I’d go for England, because I like the way they approach the game," he told the Gazzetta dello Sport . "Plus everyone there is just as irritable and prone to fouls as me!"

Still, while Barella may be a combative character on the field, he could not be more agreeable off it.

Even though he is only 21, he is already married with a daughter and is renowned for his down-to-earth nature and humility.

Indeed, the kid that once said his dream was just to "have a nice garden and a pool" met his idol Dejan Stankovic four years ago and "wasn't brave enough to say anything to him".

He doesn't lack courage when playing football, though, admitting that he felt "no pressure" whatsoever ahead of his Italy debut against Ukraine.

His subsequent performances certainly supported that claim, with Barella exhibiting a composure and nerve that is rare in someone so young.

"I put him as a playmaker in front of the defence towards the end and he didn’t put a foot wrong. He just gets better and better.

"He is a player who is ready to be a key figure in the Nazionale going forward."

He's already showing that. The next step will be proving he can cut it at a top club. His chance will come too. It's merely a question of when and where.