Lionel Messi was a conspicuous absence from the Copa America third-place medal ceremony and blasted CONMEBOL for "corruption" after seeing red in the first half against Chile.

The Barcelona star laid on Argentina's first goal on Saturday for Sergio Aguero to convert, before Paulo Dybala made it 2-0 within 22 minutes.

But moments later Messi was leaving the field after tangling with notorious Chile enforcer Gary Medel .

While Medel appeared to be the clear aggressor in their clash, referee Mario Diaz de Vivar showed both men the red card while players from both sides continued to join the brawl.

Messi was left bemused by the decision and walked off the pitch, as Argentina held on to win the third place play-off 2-1 despite Arturo Vidal's penalty after half time.

But when the Argentina team came back out on the Arena Corinthians turf to receive their medals, Leo was nowhere to be seen.

The Albiceleste captain did not take any part in the ceremony, after a Copa where he has hit the headlines more for his outbursts against organisers Brazil and CONMEBOL than his exploits on the pitch.

And when he finally addressed reporters from the stadium he launched a withering condemnation of the competition's organisation in supposed favour of the hosts. 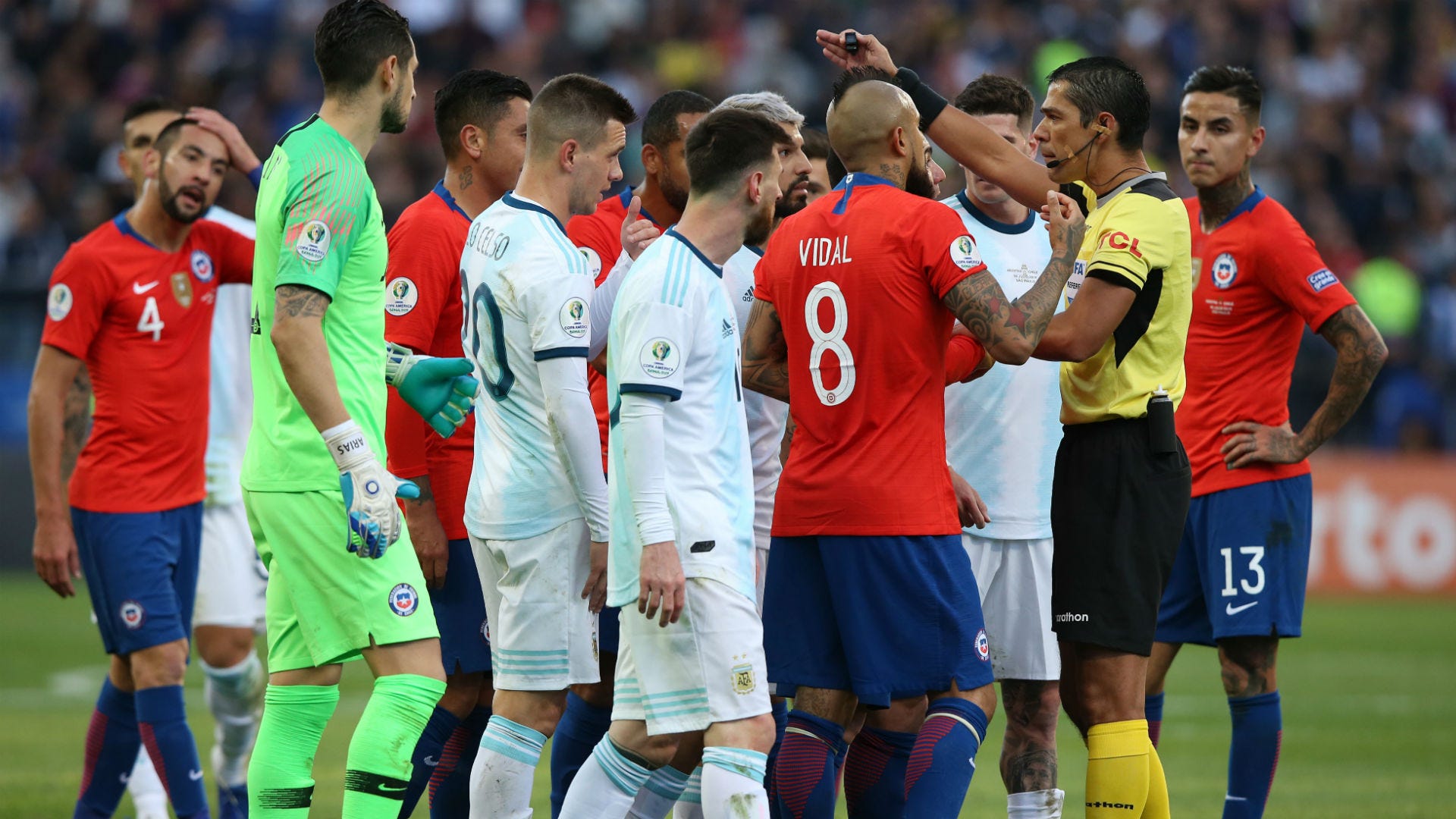 "There is no doubt, the whole thing is set up for Brazil," he fired, before suggesting that he paid the price for his previous outburst against the refereeing of the semi final.

"I hope the VAR and referees don't play any part in the final and that Peru can compete but it looks tough to me.

"We could have gone further but we weren't allowed into the final. Corruption, referees and all the rest stopped people from enjoying the football.

"I always tell the truth and I'm honest, that is what keeps me calm, if what I say has repercussions that is not my business.

"I think that what happened is because of what I said [against Brazil].

"What I said last time perhaps came back to haunt me. With a yellow card that was the end of it."

But it was in the aftermath of Tuesday's defeat that he really let loose, incensed by the failure of match official Roddy Zambrano to refer two penalty calls to VAR in Brazil's 2-0 victory.

"They were not better than us. They found the net early and the second goal came from a penalty [to Aguero] they didn't award," Messi told reporters.

"They [the officials] had booked a lot of bullsh*t, but they didn't even check the VAR, that's incredible.

"That happened all over the game. At the first glance of contact, they ruled in their [Brazil's] favour and this kind of bullsh*t distracted us from the game."