European Championship
17:54 6/18/16 Comments()
gettyimages
The Real Madrid superstar put aside his disappointment with a sub-par display to grin next to an audacious supporter after Portugal were held 0-0 by Austria

You have to give Cristiano Ronaldo credit - even when he would rather the ground opened up and swallowed him whole, his treatment of fans is impeccable.

The Portugal star endured a tough evening against Austria, missing a penalty, seeing a goal correctly ruled out for offside and misfiring on multiple occasions from free kicks.

He would have been forgiven, then, for giving short shrift to a pitch invader who attempted to get a photo even as stewards closed in. 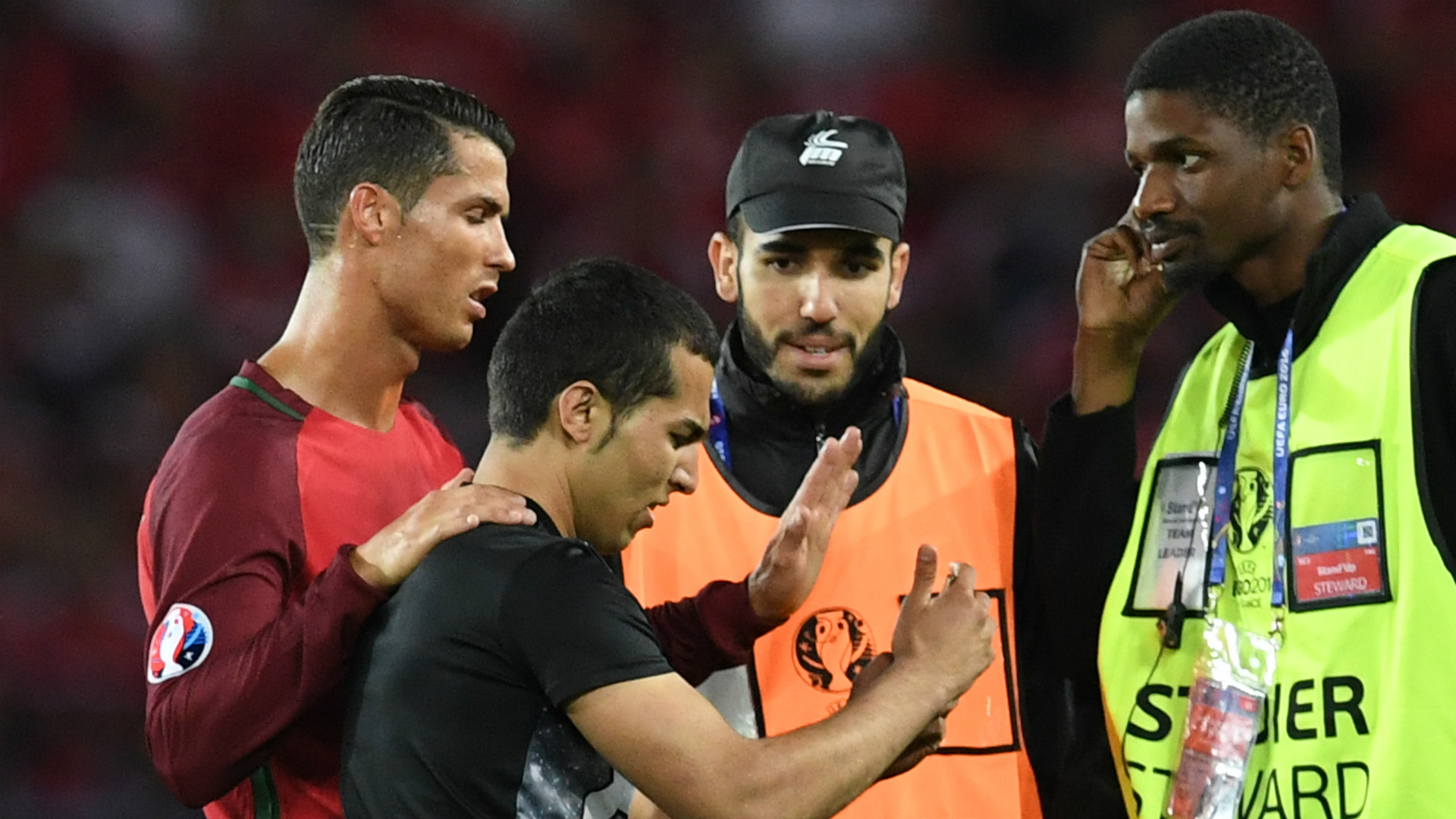 Instead, though, Ronaldo ushered the security staff away to give the supporter time to take the snap, even if his expression betrayed disappointment at a 0-0 draw.

The striker will be hoping to take a happier photo after Portugal's last game of Group F when they play for a spot in the last 16 against Hungary.