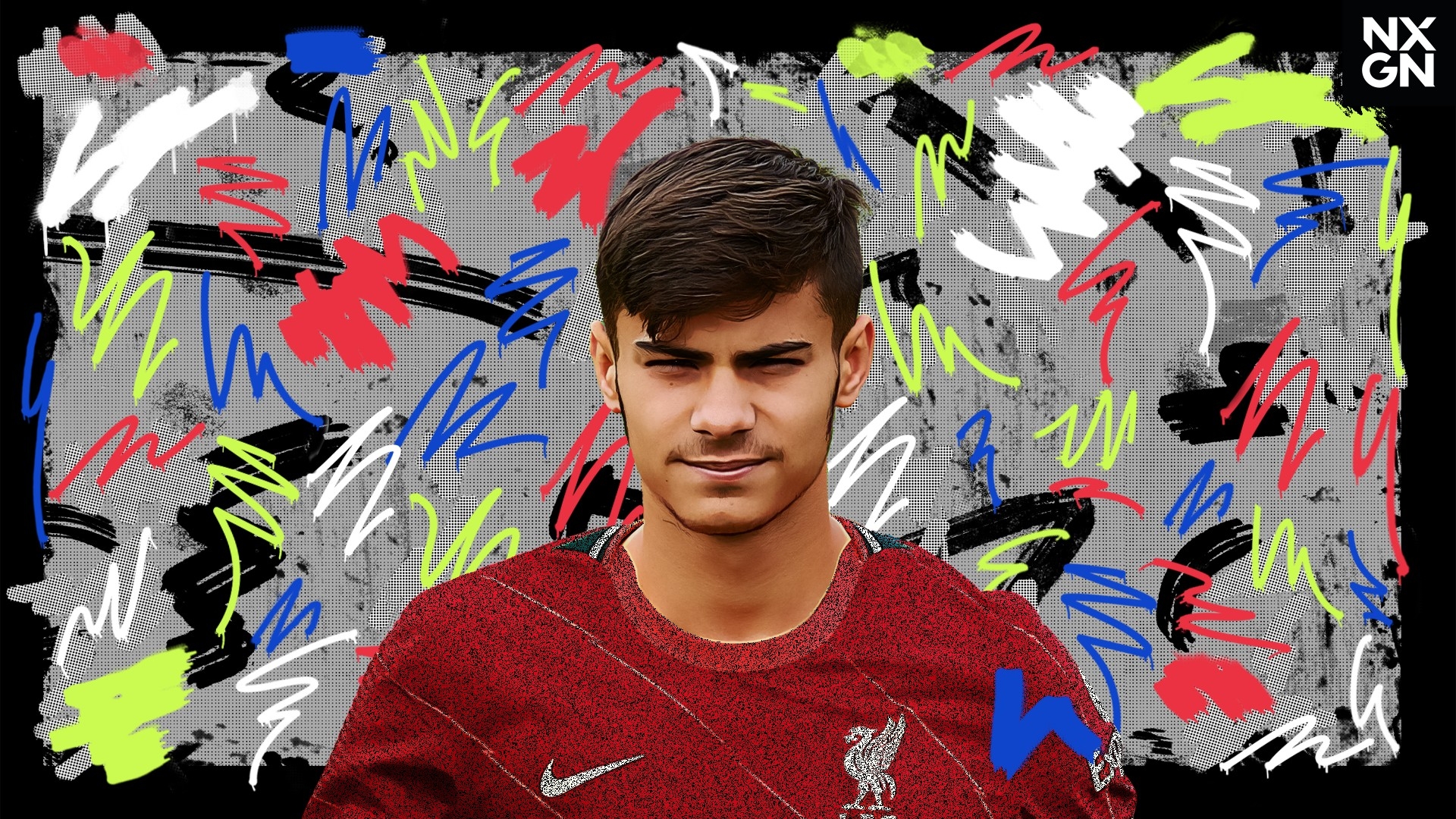 The 17-year-old has already gone down in Anfield folklore, but his form to start the season suggests he is not done making an impact on Merseyside

Mohamed Salah is not the only goal machine operating at Liverpool right now.

For while the Reds’ Egyptian king lights up both the Premier League and Champions League, another small and unassuming forward is making waves of a different kind, down at the club’s academy.

You might have heard the name Oakley Cannonier before. He was the ballboy responsible for ‘assisting’ one of Anfield’s most famous goals - the quickly-taken corner from Trent Alexander-Arnold, finished off by Divock Origi, which sealed that incredible comeback against Barcelona in the 2019 Champions League semi-final.

Not that he likes to talk too much about it these days, mind.

“I want to be known as a ‘legend’ for a different reason, not for being a ballboy!” Cannonier, now 17, told LFCTV recently.

“I mean, it’s alright and that, but I want to be like Trent, doing the things he’s done.”

This season has seen Cannonier take a big step forward in that regard. Leading the line for Marc Bridge-Wilkinson’s Under-18s side, the teenager has been in outstanding form, scoring 12 goals in only seven matches.

His tally includes two hat-tricks, one of which came in a 5-0 win away at Manchester United, while there have also been five goals in friendly matches.

In September, Cannonier made his debut in the UEFA Youth League, appearing as a second-half substitute to help secure a vital draw away at Porto, and a week later made his first appearance for Barry Lewtas’ U21 side in their EFL Trophy defeat against League One outfit Bolton Wanderers.

“Oakley has started the season really well, but it hasn’t surprised me,” says Bridge-Wilkinson. “I’ve worked with him since he was 14 and he has always done well.”

Cannonier was born in Leeds, but joined Liverpool at the age of 11. He had started playing at an after-school club in his local leisure centre, where coaches immediately noticed his potential.

“He plays with both feet,” one told his mother, tipping him to quickly attract the eye of scouts.

He was right. Manchester City spotted him, inviting Cannonier to train with their ‘elite’ team in Moss Side as a seven-year-old. He was released soon after, but picked up by home-town club Leeds United, who signed him for their U9s side.

By 11, though, he had caught the attention of renowned Liverpool scout Ian Barrigan, the man responsible for bringing the likes of Alexander-Arnold to the Reds. It was Barrigan, above all, who convinced the Cannonier family that Oakley's development would be best served with the Reds.

That meant moving in with house parents initially, although it would not be long before his mother, Gemma, made the decision to relocate the family to Merseyside. They now live a short walk away from the academy in Kirkby - handy considering in addition to Oakley, brothers Harley (U12s) and Barkley (U7s) are now on Liverpool’s books too.

Oakley may be a Yorkshireman, and has the accent to prove it, but Liverpool has always been ‘his’ team. He idolised Fernando Torres as a boy, even growing his hair like the former Reds No.9. Later, he would wear shirts bearing the names of Luis Suarez or Philippe Coutinho, while Salah, naturally, is the favourite these days.

His talent is obvious. What he lacks in size, he makes up for in skill, persistence and awareness.

“Oakley is a really good player,” says Bridge-Wilkinson. “He scores goals, creates chances and threatens the back line. The only problem has been that, because of injury, he hasn’t been able to play an awful lot.”

Cannonier missed the bulk of his first-year scholarship due to a hamstring injury, which prevented him from playing a part in Liverpool U18s’ run to the final of the FA Youth Cup.

He returned for pre-season ready to make amends, and armed with his first professional contract - signed in July - a hat-trick in his first appearance, a friendly win over Chester, provided a glimpse of what was to come.

“It’s just good to be back,” he said recently. “Obviously you set goal targets for yourself, but the aim is just to play as many games as possible.”

Cannonier is already capped by England at U17 level, and would have been part of the U18s squad during the October international break, had he not withdrawn in order to concentrate on performing and staying fit for Liverpool.

It will not be long, surely, before fans see him with the U23s side. Goalscorers at any level are priceless, and Cannonier’s start to the season suggests there is rich potential there.

“It’s nice to be known for other things,” says Bridge-Wilkinson. “But I think he would rather be known for playing football on the pitch than being on the side of it!”

The man himself certainly agrees, and he is not short of confidence either.

Not so long ago, the U18s squad were asked by Alex Inglethorpe, Liverpool’s academy manager, to fill out a questionnaire detailing how they see their respective careers developing. Where do they see themselves in a year’s time, in five, in 10?