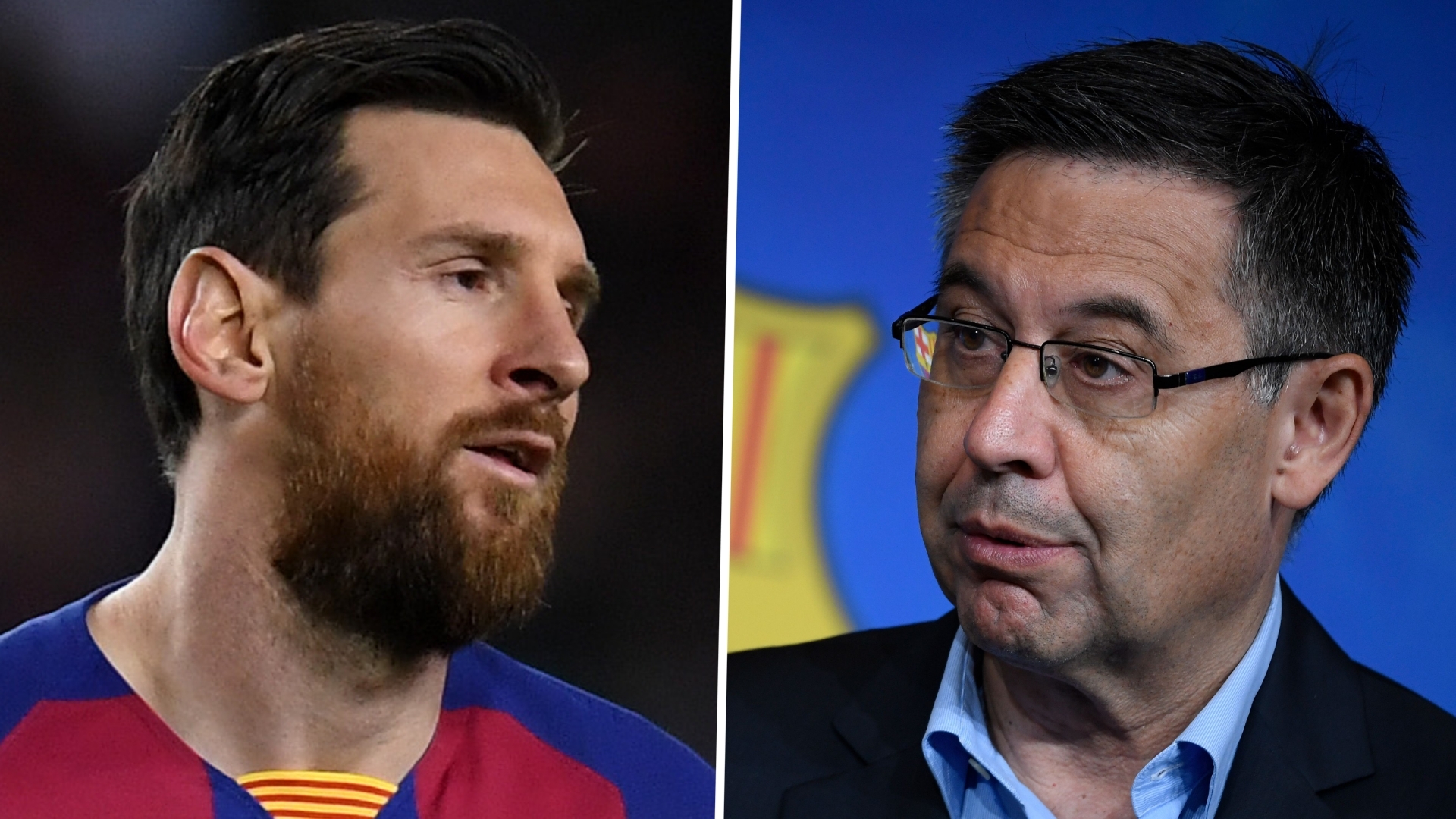 As a kid, he was famously introverted.

Former Barcelona youth team defender Robert Franch told Goal how Messi joined the Infantil B side "without us even hearing him say hello".

Even after establishing himself as the best player in the world, Messi shunned the limelight. He was always content to let his football do the talking for him, and it spoke volumes.

Things have changed, though. Dramatically.

Since the turn of the year, Messi has felt compelled to make his voice heard.

When Eric Abidal suggested that Barcelona's players were responsible for the dismissal of Ernesto Valverde in January, the club captain issued a sharp rebuke.

When it was reported in the Catalan press that the squad was reluctant to accept a coronavirus-related pay cut, Messi suggested that those stories were coming from inside the club.

These were hugely significant public statements from such a private person.

Messi has yet to respond to Cadena SER's claim that he could leave Camp Nou when his contract expires next summer – but that in itself is telling.

Indeed, the silence is deafening.

As Goal can confirm, Messi does not want to leave Barcelona – but he is immensely frustrated with how the club is presently being run. The suspension of talks over an extension is evidence of his dissatisfaction.

Make no mistake about it: this is a deliberate move on Messi's part; a vote of no-confidence in Barcelona president Josep Maria Bartomeu.

For the first time in his 19-year stay in Catalunya, Messi is getting himself involved in the politics of the club. He has always preferred to stay out of such matters; it wasn't his business.

Barcelona have signed the three most expensive players in the club's history since 2017. But Ousmane Dembele is injured (again), Philippe Coutinho is on loan at Bayern Munich, while Antoine Griezmann was a 90th-minute substitute in Tuesday's draw with Atletico Madrid.

The best player on the pitch at Camp Nou was arguably a 20-year-old academy project, Riqui Puig.

It's a staggering state of affairs for a club of Barca's size and stature, one that has spent more than €1 billion (£901m/$1.12bn) on transfers since Bartomeu became president in 2014 – and wasted nearly all of it.

One bad deal has been swiftly followed by another and such wastefulness was always going to catch up with the Blaugrana, who now find themselves with insufficient cash to land their primary summer transfer target, Lautaro Martinez.

According to Inter, their Argentine attacker's €111m (£100m/$125m) buy-out clause will expire on Monday. Nobody familiar with the financial situation at Camp Nou expects Barca to meet it during the next 24 hours.

Messi has not hidden his admiration of Lautaro. Or his enduring affection for Neymar, who left Barca for Paris Saint-Germain in 2017. He had hoped that the club would bring the Brazilian back last summer.

However, the perception was that Bartomeu didn't want to re-sign Neymar; he merely wanted to be seen to be trying to re-sign him. Tellingly, Messi openly wondered if everything had been done to make it happen.

It was the first sign of strain in a relationship between president and captain that now appears broken beyond all repair.

'Barca-gate' played a pivotal role in its collapse, as it was reported that the club had hired a PR company to not only boost the image of Bartomeu and his fellow board members but also sully the reputation of their perceived enemies, including Messi.

The six-time Ballon d'Or winner merely admitted he found it all very "strange".

However, when stories appeared in the press claiming that the players didn't want to help the club by reducing their wages during the financial crisis caused by the Covid-19 pandemic, Messi claimed that "from within the club there were those who tried to put us under pressure to do something we always knew we would do".

He is now completely fed up with the way in which he is being portrayed – not just the players in general.

He is annoyed by the suggestion that he holds too much sway in the dressing room; that he has a problem with Griezmann; that he decides whether a coach is hired or fired.

Messi does indeed possess an incredible amount of power at Camp Nou because of his status as the best player in the world – but he has never felt compelled to wield it.

It was previously thought that Bartomeu would see out the final year of his tenure no matter what, but Messi's refusal to sign a new contract has thrown the president's immediate future into doubt.

Bartomeu was already more isolated than ever before. Six of his directors resigned in April, with one, Emili Rousaud, alleging that somebody had their hand in the Camp Nou coffers.

Messi's refusal to commit himself to a new deal has now piled the pressure on his boss and there is every chance that next year's elections could now be brought forward.

Some may interpret Thursday's news as evidence that Messi could leave Barcelona. In reality, though, it's Bartomeu who's now facing an early exit.

By saying nothing, Messi has made his voice heard. Bartomeu will do well to survive the resulting calls for his resignation.