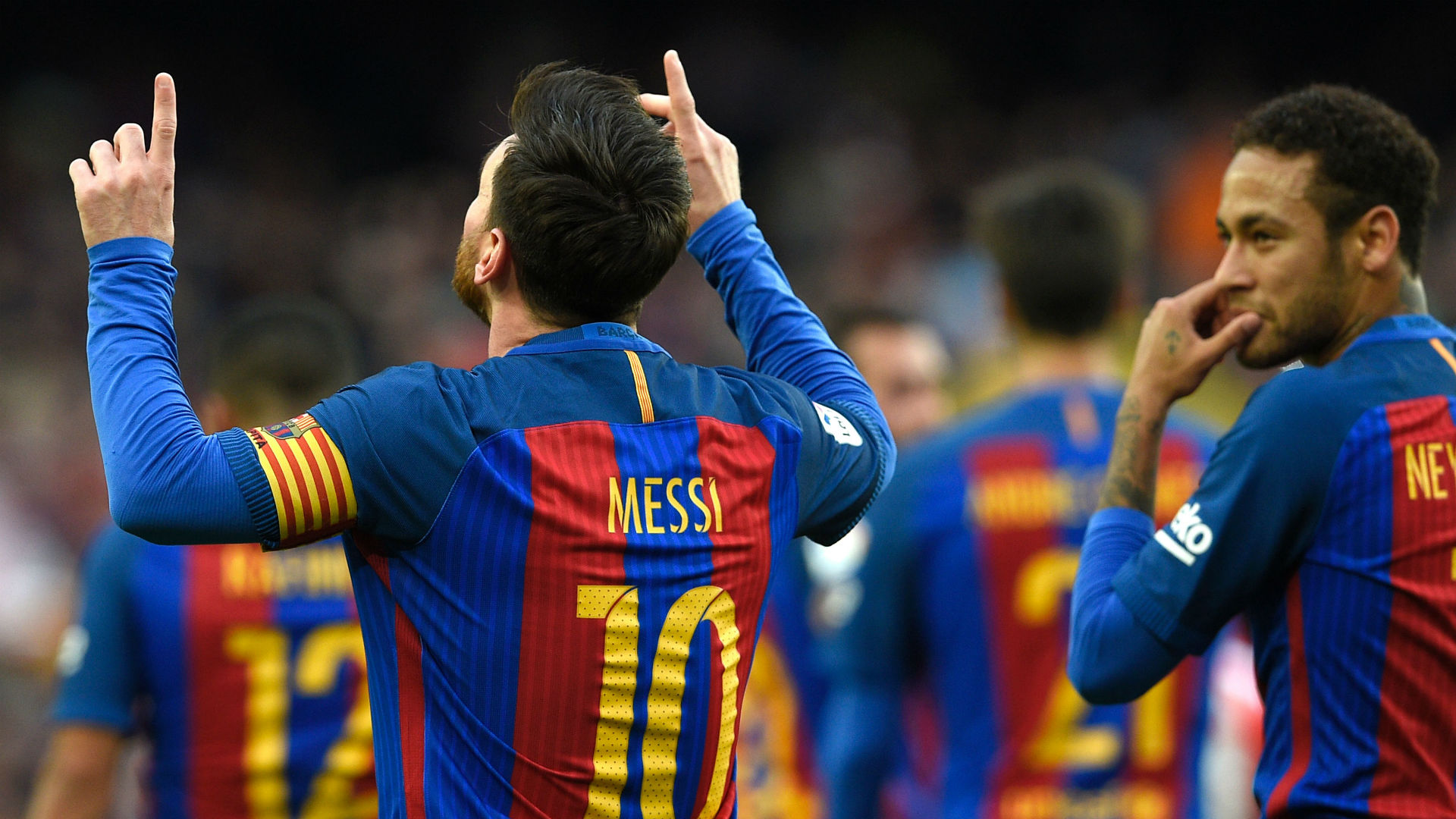 The Argentine attacker does not normally like to be taken off, but was all smiles on the bench as the Blaugrana showed strength in reserve on Saturday

A rare sight at Camp Nou. With 26 minutes still left on the clock in the Primera Division clash between Barcelona and Athletic Bilbao, Lionel Messi was substituted. Far from angry, however, he looked happy to be brought off as Luis Enrique's rotation policy paid off.

Barca one step from Copa final thanks to Messi & Suarez

The Barcelona boss has been criticised for making changes to his starting line-ups this term, but said before the 2-1 win at Atletico Madrid on Wednesday: "Without rotation, we wouldn't even make it until February 15th!"

It was similar rotation that allowed Luis Enrique's side to finish fresher than everyone else in 2014-15 as the Catalans claimed the treble, and a lack of reliable options which contributed to the team's downfall in the Champions League last season.

Gomes has blown hot and cold in midfield since swapping Mestalla for Camp Nou, while Alcacer has struggled especially since making the same move from Valencia. But the Spain striker produced a fine finish here to net his first Liga goal in Barca colours and his first in the Primera Division for nine months.

"He has given birth!" analyst Santiago Segurola quipped on Spanish television and, indeed, this will feel like a new start for Alcacer, whose only previous Barca goal came in a 7-0 win at home to Hercules in the Copa del Rey.

Alcacer started as Luis Suarez was kept in reserve for the second leg of the Copa del Rey semi-final against Atletico at Camp Nou on Tuesday night, with Messi also brought off early with that match in mind.

The Argentine, who had netted Barca's second with a free-kick that Gorka Iraizoz should have saved, is known not to like being brought off, but he clearly did not mind at all this time as he shared jokes with Suarez on the bench.

And, while some supporters panicked as their finest footballer departed with the game still seemingly not put to bed, those fans did not have to wait long for another goal as Vidal surged forward, checked back and netted with a super strike to make it 3-0.

The right-back was signed by Barca in the summer of 2015, but failed to adapt in his first season after being made to wait six months due to the ban which meant the club were unable to field new players. He also looked on the way out earlier this term as he was left out of squad after squad by Luis Enrique.

But he has been excellent in recent weeks and scored a fine goal in the 5-0 win over Las Palmas as Luis Enrique admitted: "He is proving his coach wrong."

The Barca boss will now hope Alcacer can continue to step up and do something similar, with rotation perhaps the key once again for the Blaugrana when it comes to winning the major prizes in 2016-17.