French football is facing a financial crisis this summer.

That statement was true even before the spectre of a Super League loomed large on the horizon, but certainly more money potentially leaving the domestic game will only cause further damage to a number of teams throughout the country's pyramid system.

The collapse of Ligue 1's television rights deal with Spanish media company Mediapro around the turn of the year has left a number of clubs throughout the divisions facing up to some hard realities.

Economic issues were always going to arise in the midst of the pandemic, but this has taken things to a new level.

Saint-Etienne are no different from their peers, with the 10-time French champions' co-presidents, Roland Romeyer and Bernard Caiazzo, having last week confirmed that the club is up for sale.

Costs will need to be cut and money raised, meaning the summer transfer window could see the a fire-sale from a club that built a reputation for producing some of Europe's best young talents.

Kurt Zouma, Wesley Fofana and William Saliba have all left Les Verts for the Premier League in recent years, and the latest graduate from the club's academy could be about to follow them.

Lucas Gourna-Douath has emerged this season as one of the finest young midfielders in Ligue 1, with the 17-year-old having earned admiring glances from around the continent.

Chelsea, AC Milan and RB Leipzig have all been touted as potential landing spots for Gourna-Douath, who reportedly could be made available this summer for a fee of around €25 million (£22m/$30m).

Many expected Adil Aouchiche, the former Paris Saint-Germain youngster who placed 22nd on the 2021 NXGN list in March, to be the teenage midfielder to watch at Stade Geoffroy-Guichard this term, but Gourna-Douath has stolen the spotlight since being handed his debut by Claude Puel in September.

That was the first of 25 Ligue 1 matches the France Under-17s captain has appeared in, with 10 of those appearances coming as part of the starting XI for a player some have dubbed 'the new Paul Pogba'.

The comparison to Pogba is related as much to the pairs' shared history as it is what they produce on the pitch, with Gourna-Douath more defensively-minded than the Manchester United star.

He did, though, spend part of his youth training with US Torcy, the same Parisian side that Pogba and over 50 other future professionals played for before entering more structured, high-level academies.

Gourna-Douath was only with Torcy for 12 months at the age of 14, having previously spent five years learning his trade with amateur outfit Senart-Moissy. 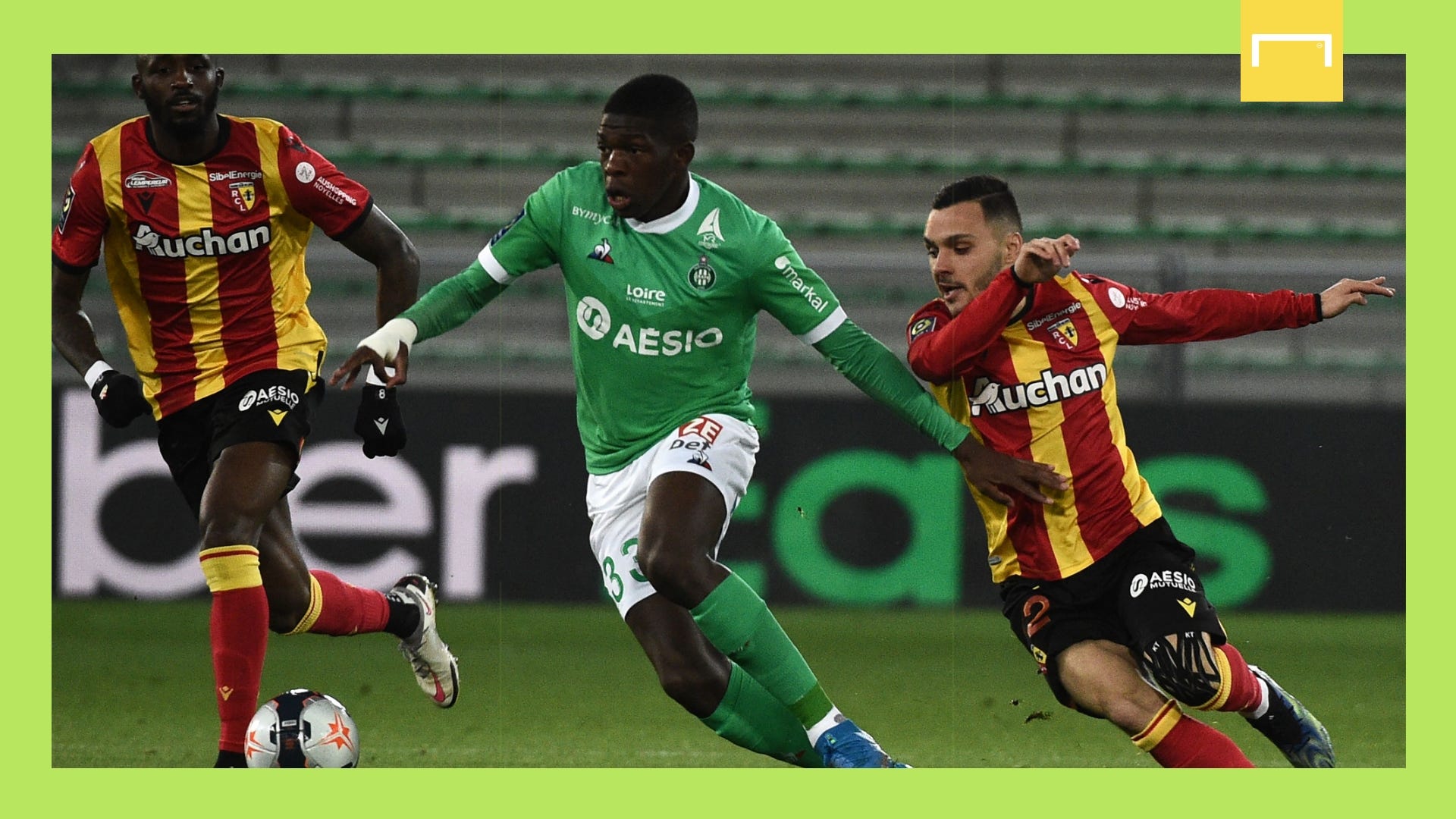 "He was barely 11 and he was already convinced of becoming a professional footballer," Tarik Draoui, the youngster's coach at U13s level, told 20 Minutes. "It was crazy, he mastered all the workings of the world of football.

"He knew how to spot the scouts that were present at the matches and he imposed on himself how to have the health of a professional."

Having joined ASSE in 2018, Gourna-Douath signed his first professional contract with the club two years later, before catching Puel's eye due to him being able to hold his own physically against more senior opponents while showing an ability to read the game, clear-mindedness and maturity both with and without the ball.

All of those attributes were on show when he faced off against Paris Saint-Germain on January 6 in what was arguably his most eye-catching performance thus far.

Gourna-Douath was key to keeping Kylian Mbappe quiet in the 1-1 draw with the defending Ligue 1 champions, with some reports quickly stating that PSG had begun showing an interest in signing him, so strong was his display.

"We all loved his game, which was at a high level," Saint-Etienne goalkeeper Jessy Moulin told 20 Minutes following the draw with the Parc des Princes outfit.

"It's surprising to see a kid who learns so quickly and who already speaks so much to his team-mates, while being very humble.

"I said to him after the game, 'I have the impression that you've been playing in Ligue 1 for five years'."

What comes next for Gourna-Douath likely depends on whether Saint-Etienne can find a buyer for either the club or the player himself.

His contract runs until 2023, and there are reports that talks are ongoing regarding him extending that deal, though given the financial situation all Ligue 1 clubs find themselves in, that would not prohibit his sale and rather be used to help drive up his potential price.

"He is a very organised boy. He has a certain maturity about everything that revolves around his profession," an unnamed member of his entourage told Foot Mercato when speaking about his next steps.

"He is very conscientious. He pays attention to his hygiene, to what he does on and off the field and to his relationships."

Gourna-Douath is the model professional as well as the model defensive midfielder. It is just a shame for Saint-Etienne fans they may only get a few more glimpses of him in the green and white.