What do you get for the team that has everything?

Liverpool, as it stands, are the European, world and English champions. Jurgen Klopp's side having ended the club's 30-year wait for a league title in spectacular fashion this season.

That, though, does not stop the rumour mill from working, nor does it stop fans demanding new signings. What is it they say - to stand still is to go backwards?

Klopp has already suggested that the summer transfer window will be a quiet one at Anfield. The impact of Covid-19 will be felt by clubs across the world, and Liverpool are no different. With incomes falling and uncertainty remaining, fans should not expect a huge spend from the Reds.

That is not to say they will do nothing, of course. Klopp has also hinted that, later in the window particularly, opportunities may present themselves as the financial situation becomes clearer.

"It's not that we don't think we cannot improve, even on a transfer basis," he told reporters last week. "We just do what is possible for us and what we are able to do.

"If one of these things is not there, then we will not. We will go again and will not use it as an excuse."

Depth has been perhaps the biggest concern when it comes to Liverpool, although Klopp and his staff are adamant that their squad is much stronger than many believe.

Certainly, in attacking areas there is a worrying drop-off in quality once you get beyond the regular front three of Mohamed Salah, Sadio Mane and Roberto Firmino. Divock Origi has achieved cult-hero status through his goals in big games, but had a low-key 2019-20 season, while Xherdan Shaqiri has barely played. Takumi Minamino, signed in January, is yet to make a major impact.

Whether Rhian Brewster or Harry Wilson, returning from loans at Swansea and Bournemouth respectively, can be first-team options remains to be seen. Brewster looks far likelier, for what it's worth, while it is yet unknown whether 17-year-old Harvey Elliott can play a greater role next season.

Liverpool wanted to add an attacker, pre-Covid. Timo Werner was identified as an ideal signing in that he could play in multiple positions across the forward line, but the Reds withdrew from the race to sign the Germany international, paving the way for Chelsea to seal the deal. 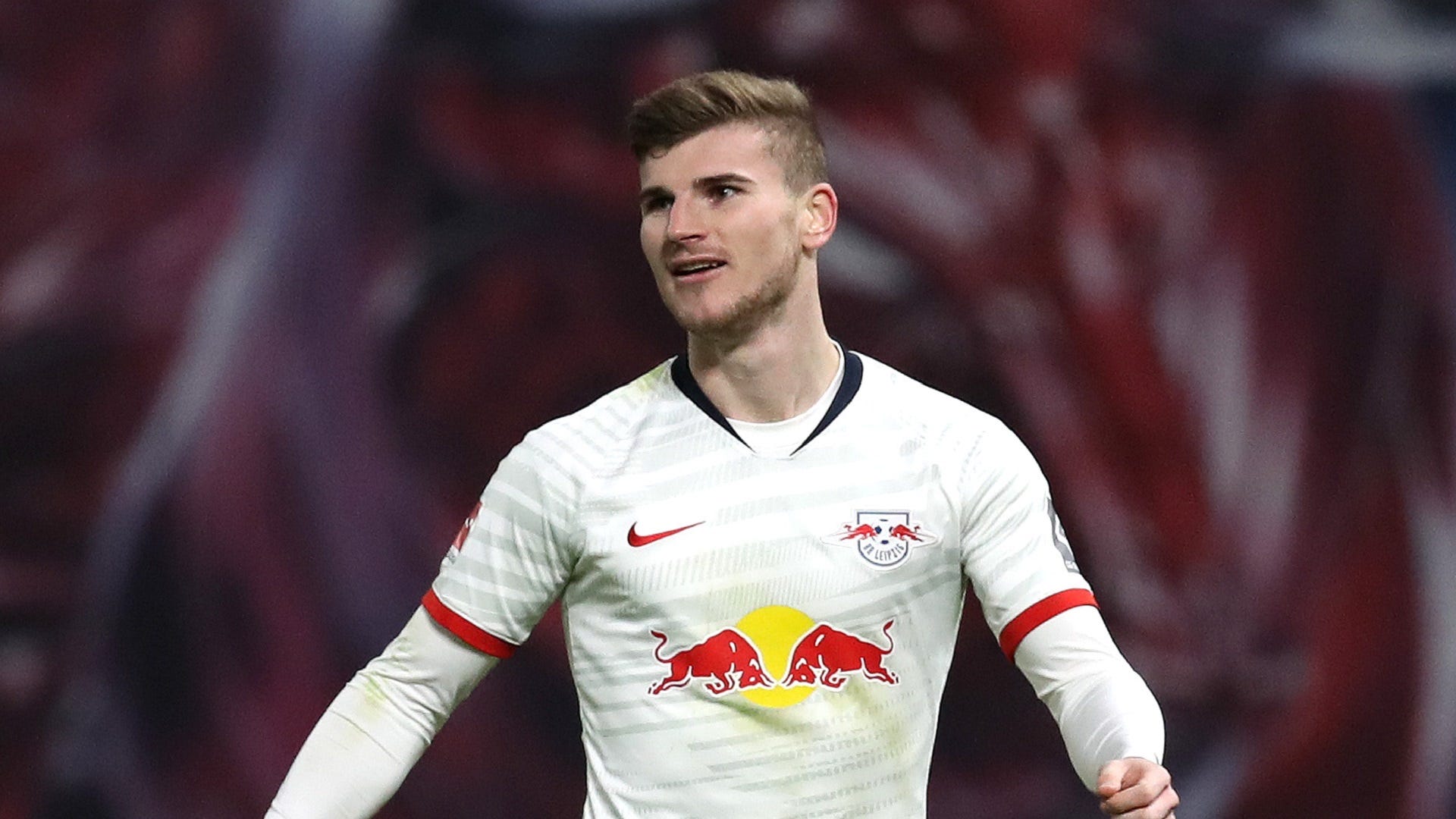 Could an alternative be sourced? Liverpool have watched the likes of Leon Bailey at Bayer Leverkusen and Samuel Chukwueze of Villarreal in the past, while there have been some links with Wolves flier Adama Traore, too. None, though, look an ideal fit - certainly not in the Werner mould.

It would be no surprise to see Liverpool persist with Origi, ask more of Minamino and thrust Brewster into the squad next season, though recent links with Leicester star Harvey Barnes are intriguing. The England Under-21 international certainly has fans in the Reds' recruitment team.

Elsewhere, reports in Germany continue to link the Reds with a move for Bayern Munich star Thiago Alcantara, though Anfield sources privately have suggested that a deal is unlikely, if not impossible.

The Spain international would certainly add class to Klopp's midfield options, though with the likes of Naby Keita, Alex Oxlade-Chamberlain and rising star Curtis Jones all vying for places, Liverpool's need does not appear great.

Certainly less so than in defence, where Andy Robertson remains the only specialist senior left-back and where Dejan Lovren's likely exit will leave a gap at centre-back. Liverpool like the look of Norwich's Jamal Lewis and have watched Lloyd Kelly of Bournemouth in the past.

Olympiacos' Konstantinos Tsimikas is another who has been scouted, while the likes of Ryan Sessegnon (Tottenham), Emerson Palmieri (Chelsea) and Raphael Guerreiro (Borussia Dortmund) were considered in the past.

Of course we talk about the impact of Covid-19 in terms of incomings, but it may also affect Liverpool's ability to sell players too - an area they have been particularly strong in, as it happens.

They will seek to raise funds through sales again this summer. Dejan Lovren has already left, with Zenit St Petersburg having paid €12 million (£11m/$14m) to sign the Croatia defender. 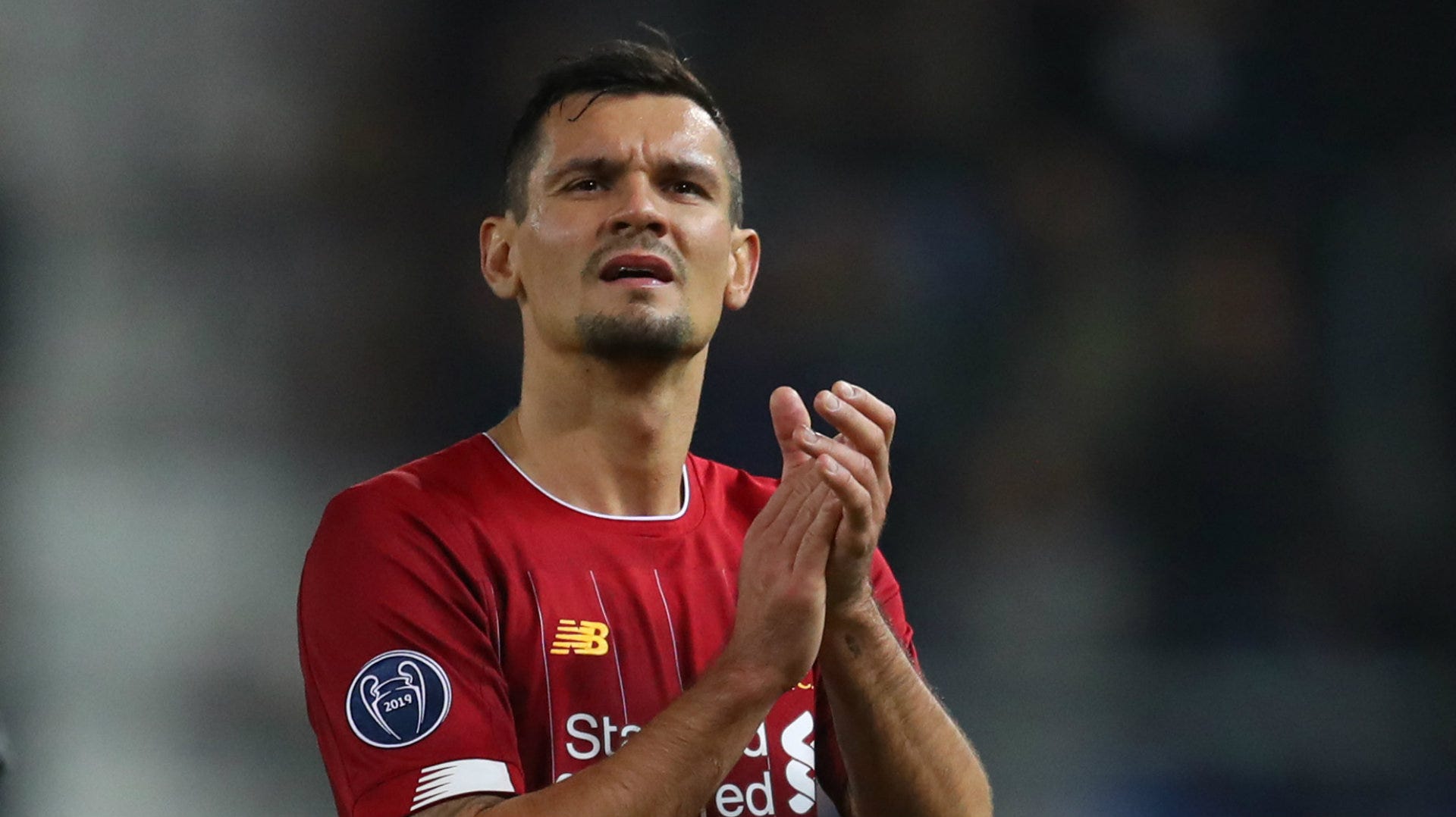 Xherdan Shaqiri, who has featured just once since January, is another who would appear surplus to requirements, and would attract interest from clubs across Europe.

Forgotten man Loris Karius is on his way out, with Hertha Berlin and Montpellier both in the hunt. Liverpool may also look to offload returning loanees Harry Wilson and Marko Grujic, though their initial plans to ask for more than £20m ($26m) for each player may need revising.

Nathaniel Clyne has left on a free, and has been followed by Adam Lallana, who has joined Brighton. The likes of Ben Woodburn, Sheyi Ojo, Nat Phillips and Herbie Kane, too, will be available - either for loans or permanent moves. Yasser Larouci, the young left-back, will almost certainly leave too.

How Liverpool could line up after the transfer window

It is unlikely that we will see major changes to Liverpool's first-choice XI, with the only real question surrounding the make-up of Klopp's midfield.

Joe Gomez is the long-term partner for Virgil van Dijk, though Joel Matip's return to fitness will provide competition, while both Fabinho and Jordan Henderson are certainties in midfield.

Whether Gini Wijnaldum, who is yet to sign a contract extension having entered his final year, remains is another matter. Keita, Oxlade-Chamberlain and Jones are all pushing hard for starting berths. 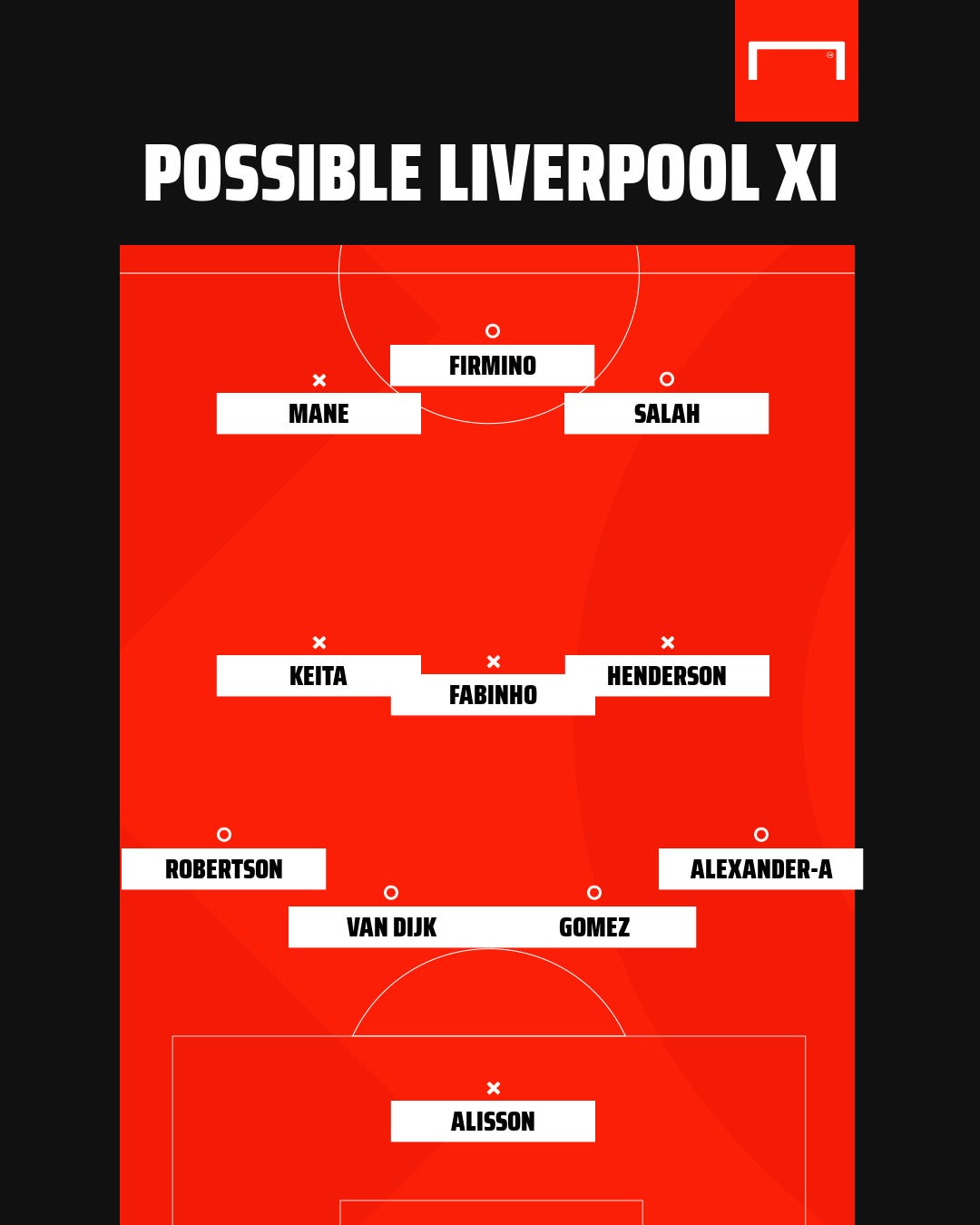 The front three, of course, continues to pick itself, as do the goalkeeper and full-backs, although it has been encouraging to see Neco Williams' emergence as cover for Trent Alexander-Arnold. Liverpool would not mind another one of those on the opposite flank!