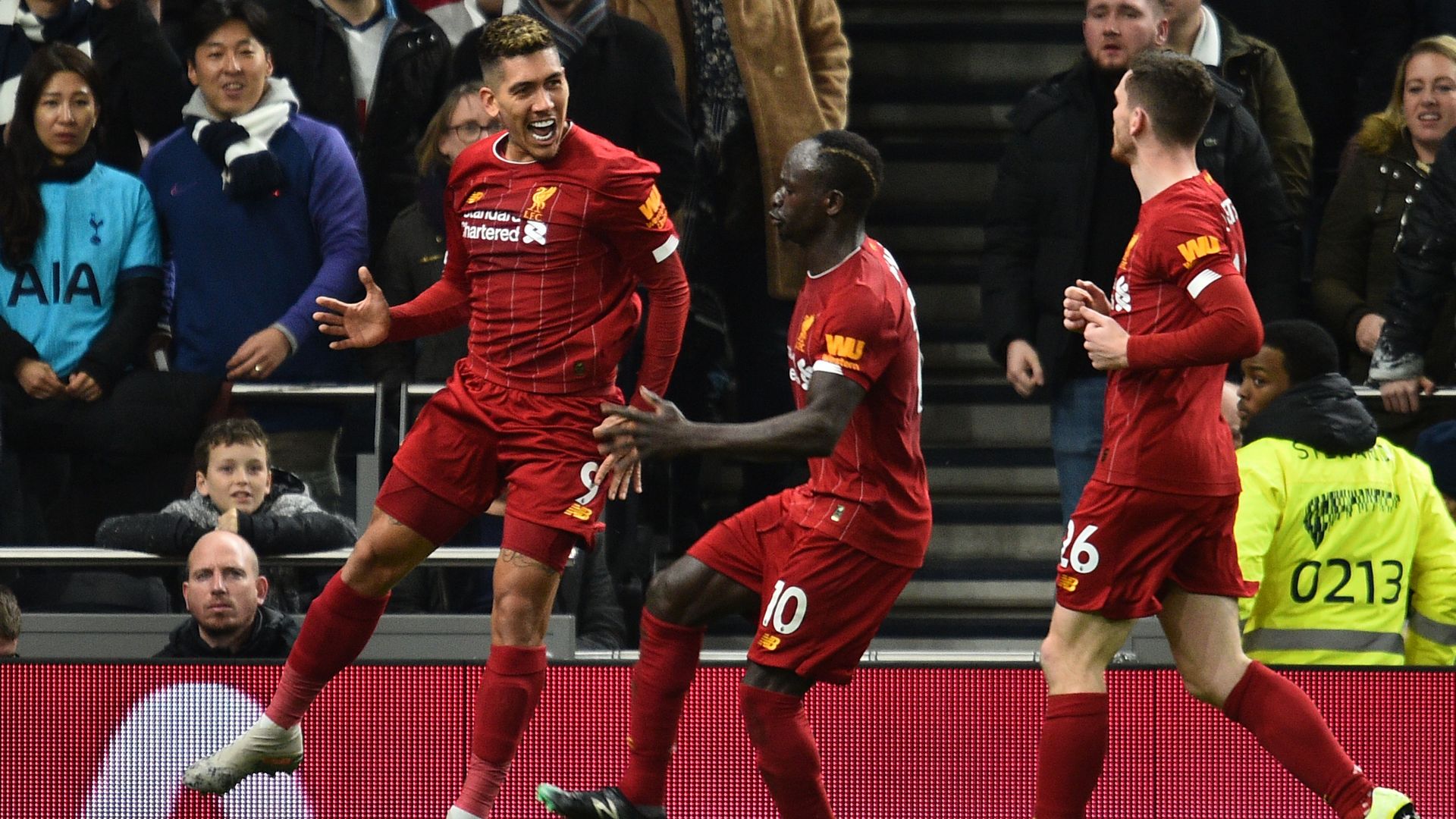 Jurgen Klopp’s title chasers edged out Tottenham to make it 20 wins from 21 Premier League outings this season, a run of form unprecedented in Europe

Liverpool have added another entry to the record books, with more history made in a 1-0 victory over Tottenham.

That success, secured courtesy of a Roberto Firmino's solitary strike , saw the Reds collect a 20th win from 21 Premier League outings this season.

They now have 61 points to their name with a little under half of the 2019-20 campaign still to come.

Nobody can claim to have enjoyed such a return at this stage before.

Not even heavyweight outfits such as Real Madrid, Barcelona, Paris Saint-Germain and Juventus have ever been so dominant on a domestic stage.

In the era of three points for a win, Liverpool continue to raise the bar.

The general consensus is that they now have at least one hand on a first league title in 30 years.

A dramatic collapse would have to be suffered from this stage in order for the Reds to offer any hope to the chasing pack.

Remarkable levels of consistency have been established on Merseyside, with Jurgen Klopp’s side sweeping aside all before them.

61 - @LFC have won 61 points in the Premier League in 2019-20 - the most any side has ever registered after 21 games in a single season across Europe's big five leagues (assuming 3pts/win). Imperious. #TOTLIV pic.twitter.com/b9KvNnciEk

Having become, statistically at least, the best side that Europe has ever seen, the challenge now is to maintain those standards.

With Klopp calling the shots, there would appear to be little chance of those at Anfield being allowed to rest on their laurels.

The German tactician is one of the most demanding in the business.

That is why, over the course of a distinguished coaching career, he has been so successful.

Many have suggested that they could emulate Arsenal’s ‘Invincibles’ from 2003-04 by going through an entire top-flight campaign unbeaten.

There are a number of hurdles to clear in order for Liverpool to emulate that achievement.

The Reds still have 17 games to take in this season, while also chasing down further Champions League glory and a first FA Cup triumph since 2006.

They are, however, proving to be unstoppable at present and will likely break many more records before the campaign comes to a close.