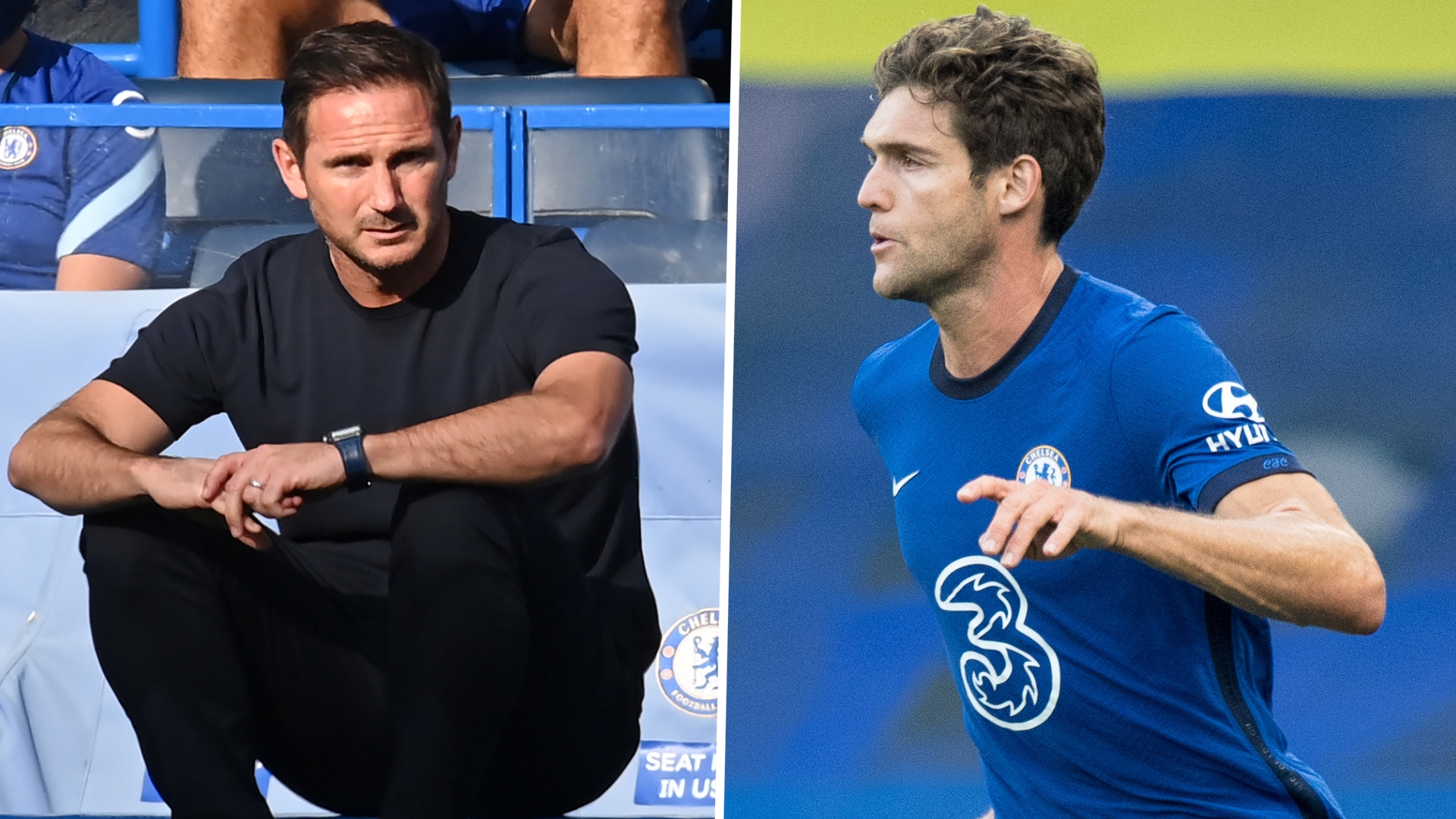 Frank Lampard's dressing-down of Marcos Alonso at half-time against West Brom has thrown the defender's future in doubt and could see him leave Chelsea before the transfer window closes.

Alonso is understood to have watched the second half from the team bus after being substituted at the halfway mark in Chelsea's 3-3 draw against West Brom.

Indeed, Lampard named the left-back as being at fault for two of the three goals in his post-match interview. He blamed Thiago Silva for the other but also praised the Brazilian's mentality and experience.

"It is clear mistakes, the first one Marcos heads it into the middle of the pitch for a transition," Lampard said on Sky Sports after the match. "The Thiago one is a mistake and he has been around long enough to know that. We will give him that one in his first game for us.

"Then, Marcos loses his man from the third goal for a corner. Clear mistakes. You can do as many meetings as you want but you make those mistakes and you give yourselves a mountain to climb."

Emerson Palmieri was expected to be moving to Inter this week with Antonio Conte's side weighing up an offer after hearing of the Blues' asking price of at least £22 million ($27m).

That move has been thrown into doubt after news emerged from The Athletic which has since been verified by Goal of the falling-out between Alonso and his manager. That could lead to a late change of plans at Stamford Bridge.

Ben Chilwell is likely to start against Tottenham in the Carabao Cup having seemingly been earmarked for a first start in the fixture by Lampard.

The £50m signing from Leicester City was always likely to become the first choice at some stage but a heel injury sustained at the end of last season has slowed his progress into the team.

Lampard confirmed the team news ahead of the fourth-round match at the Tottenham Hotspur Stadium.

"[Edouard] Mendy and Chilwell are in the squad tomorrow," Lampard said. "They are fit and we will see if they start or not. [Hakim] Ziyech and [Christian] Pulisic are not far away but they are still in a recovery phase. Too early for them both."

Chelsea are also looking to sell Antonio Rudiger, who has garnered interest from the likes of Barcelona, Roma and Paris Saint-Germain.

AC Milan and PSG are looking at Tiemoue Bakayoko, while Ruben Loftus-Cheek is likely to move on loan, with interest mounting from a host of Premier League clubs including West Ham and Aston Villa.

Furthermore, the Blues are likely to either sell or loan out Baba Rahman, Matt Miazga, Danny Drinkwater and Victor Moses among many others from the loan group of last season.

Jake Clarke-Salter has loan interest from Trabzonspor and Club Brugge on top of many clubs from the Championship.