The World Cup-winning midfielders signed for the Women's Super League giants in August, but how will they fit into Gareth Taylor's team?

Manchester City’s transfer business this summer has blown the Women’s Super League away.

The shrewd signing of England youngster Chloe Kelly was followed up with the World Cup winning pair of Sam Mewis and Rose Lavelle, with Lucy Bronze and Alex Greenwood following after lifting the Champions League trophy with Lyon.

With so many stars though, the question is, how does Gareth Taylor fit them all into his XI?

First and foremost, one difference under the new boss is a change in formation.

However, Taylor has come up through City’s academy, setting his teams up to generally replicate what Pep Guardiola does – usually a variation of 4-3-3, as we saw in City's defeat to Chelsea in the curtain-raising Community Shield.

Before the arrivals of Mewis and Lavelle, that midfield trio would most likely be Keira Walsh, Caroline Weir and Jill Scott. Now, the depth is incredible.

That’s a good thing. City’s midfield was rarely rotated under Cushing. Considering the club compete in four competitions and each of those three players is a regular at international level, the additions of Lavelle and Mewis will bring healthy competition – both in terms of constant top level performance and, ultimately, rest.

Moreover, each of those five midfielders provide something different.

Walsh is fantastic for killer balls from deeper positions and keeping possession neatly; Scott is an incredible athlete, an aerial threat and a tireless runner; Weir is superb on the ball with a wicked left foot; Mewis is an excellent dribbler with an attacking mindset; while Lavelle is the skilful and creative playmaker finding space between the lines.

Most people are betting on a Walsh-Mewis-Lavelle trio, but, in truth, City have the personnel here to tailor their midfield to whatever each game needs. 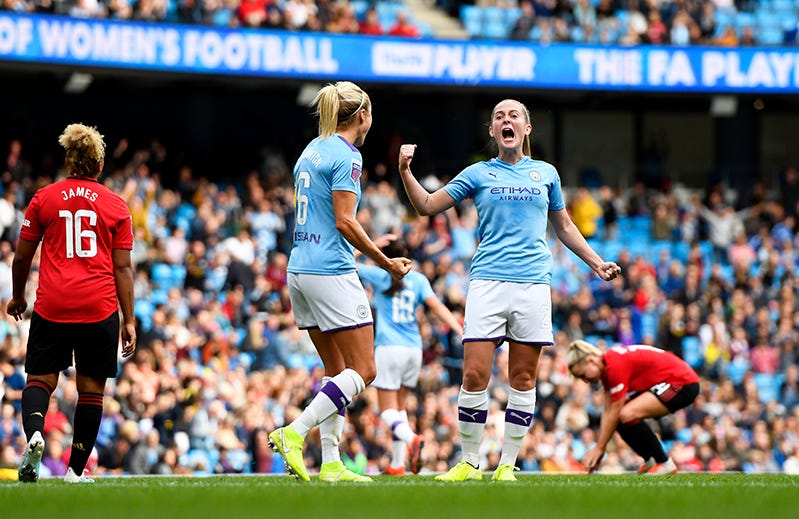 England's Georgia Stanway is another who can play in the middle of the park, primarily as a No.10, but who has also operated out wide and as a No.9, the latter being the position she took up last week.

Weir, too, was predominantly a winger before last season. Once Cushing moved her into a deeper midfield role, the Scot shone – earning a place in Goal’s 2019-20 WSL Team of the Season. But she could be an option out wide again as well.

That’s not to say City are lacking options on the wings. Lauren Hemp was a revelation last year on the left, while new signing Kelly operated on the right for Everton for most of last season, though she can also play as a central striker.

Canada international Janine Beckie spent a lot of Cushing’s final season as a right-back but she should return to her natural, more advanced position this time around, having only been filling in for Aoife Mannion who was sidelined with an ACL injury.

Whatever combination Taylor picks for his front three, Ellen White will be well-supported in the centre of it, with youngster Jess Park likely to operate as further cover after the departure of Pauline Bremer, who has joined Wolfsburg.

Further support will arrive from defence, where City boast a wealth of attacking full-backs.

The recruitment of Bronze, one of the best players in the world, will not only allows Beckie to move out of that right-back role, but also Mannion. The former Birmingham defender is one of England’s most underrated centre-backs, but she was often pushed out to the wider role before her injury.

Bronze will undoubtedly assume that role on the right-hand side of defence now, with Esme Morgan, the impressive youngster who faired well in the two games before the England star's arrival, providing back-up.

Mannion will provide stiff competition for the Lionesses’ skipper Steph Houghton and the ever-reliable Gemma Bonner, giving Taylor a trio of excellent centre-backs to choose between. Ireland’s Megan Campbell, though normally a left-back, can also provide cover in this area if needed.

Having also arrived from Lyon with Bronze, Greenwood will be greeted by a familiar battle for her left-back role, with England team-mate Demi Stokes. Neither have been able to become ‘first-choice’ at international level, simply due to the the presence of the other.

The battle between the sticks should hopefully return to a familiar one, too. Karen Bardsley, England and Manchester City’s No.1 for so many years, has been usurped in her City berth by Ellie Roebuck in recent times, and last year was injured for the majority of the season.

However, she is expected to be back for the new season after a long time out, resuming her role as not only competition for the superb 20-year-old, but as a valuable mentor, too. 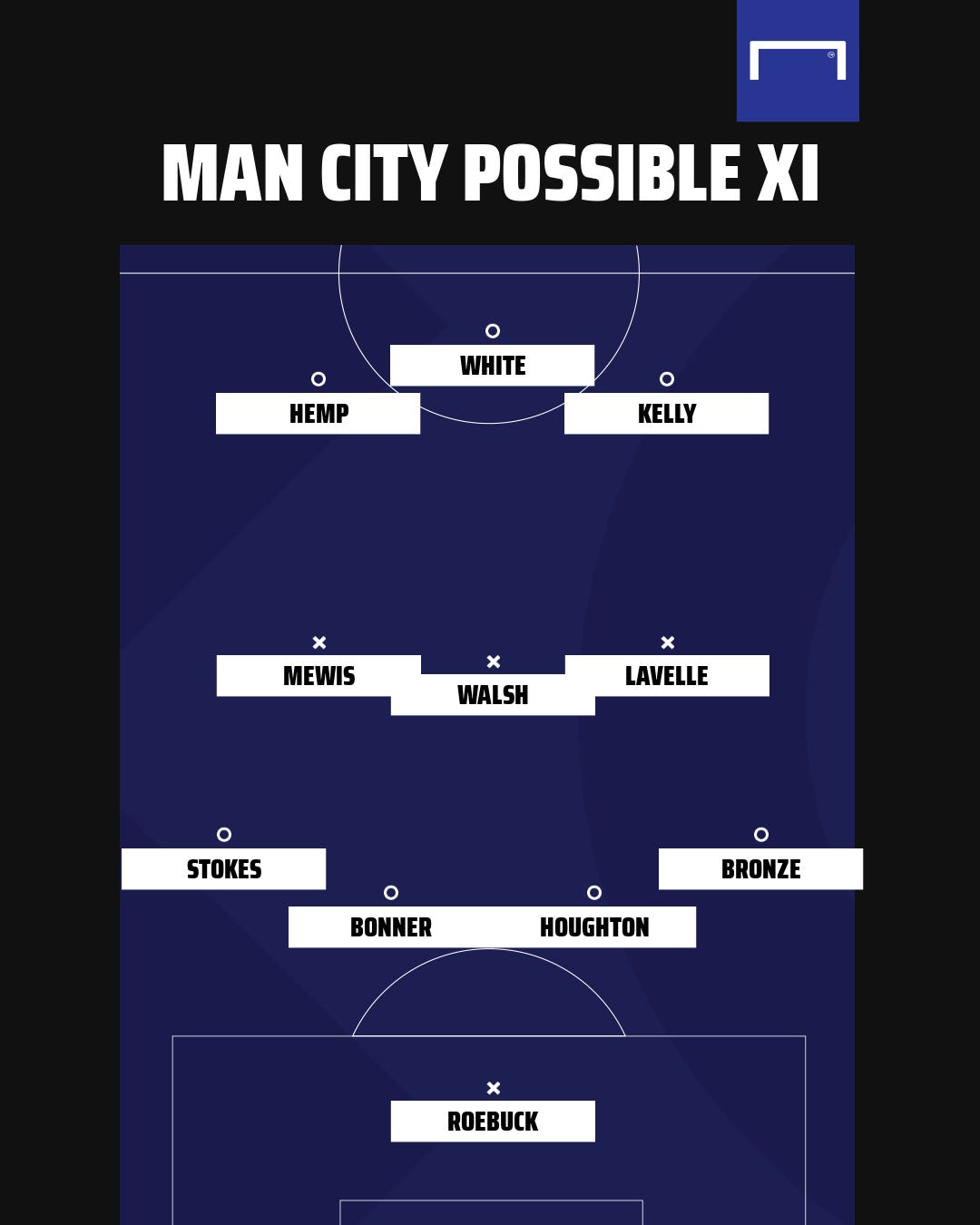 In Taylor’s first season in charge at City, he finds himself absolutely spoilt for choice when it comes to his XI.

With top-class cover in almost every department, a variety of options depending on what is needed, and a number of exciting young players coming through as well, the mix is perfect for a team who want to compete until the very end in four different competitions.

If injuries do hit, there are concerns about who can step in in certain areas, but with so many versatile players across the board, City are well equipped to compete across the board this year as they aim to bring that WSL title back to Manchester for the first time since 2016.