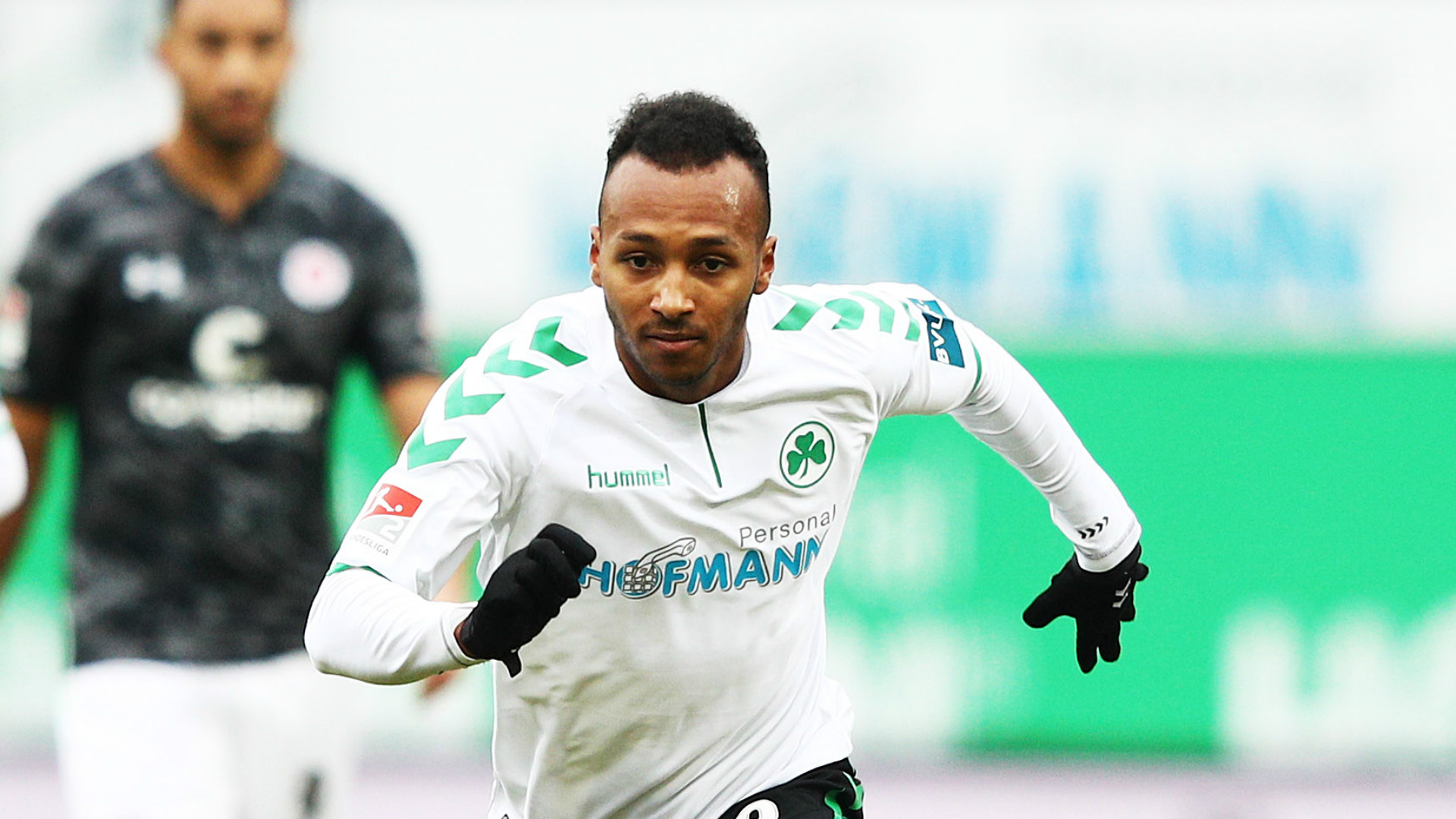 The former World Cup goalscorer is back with the U.S. national team, earning a return after a promising season in the German second division

Amid the sea of fresh-faced youngsters in U.S. national team camp, Julian Green stands out. He is young in his own right at 22, but Green wears the face of a player who has endured a career's worth of adversity in recent years.

Tuesday marked the four-year anniversary of the Bayern Munich product being named to the U.S. World Cup roster, a day dominated by the news that Landon Donovan was cut by Jurgen Klinsmann. Green was immediately cast as an 18-year-old villain of sorts, seen by some the unworthy youngster who took a World Cup spot from a legend. Even after scoring a goal against Belgium in the knockout rounds, Green was never truly embraced by U.S. fans, and the "star of the future" label placed on him before that fateful day never found its way back.

The four years that have followed have been a career roller coaster. A long-time Bayern Munich academy star, Green never did manage to stick into the first team and eventually left in search of playing time. A bittersweet stint at Stuttgart ended with the club being promoted to the Bundesliga, but Green had no place in the team. Stuttgart loaned him to Greuther Furth, a move that couldn't have sat well with a player once regarded as a top prospect. But Green made the most of the move, becoming a regular starter and helping the team avoid relegation from the German second division.

Green's efforts have earned him a return to the U.S. national team, and he comes back to a squad far different from the one he first joined four years ago. Klinsmann is long gone, as are all the veterans he was teammates with at the 2014 World Cup. He is no longer the youngest player on the team. Also absent are the heavy expectations he carried four years ago.

He is no longer a prodigy in training, leaving such labels for teenagers like Weston McKennie, Tim Weah and Josh Sargent, and the emergence of Christian Pulisic has taken away the expectation of becoming the centerpiece of the USA's next generation.

"Some things have changed. Some new faces, but the rest is the still the same," Green said at U.S. training on Tuesday. "I think soccer is always the same and that’s what we’re all here for."

Green says his time away from the USA wasn't a cause for frustration as he looked to find steady footing in his club career, but is looking to build on his success over the last season as he comes back into the national team pool.

“It hasn’t been frustrating," Green said when asked about his long time away from the national team. "Of course I always want to be here and play with the national team, but I moved from Bayern to Stuttgart and it was more important than to be here. I would say last season was very good for me. I played every game and now I’m back here. It’s perfect for me and I will continue."

The 22-year-old brings versatility to the U.S. setup, with the ability to play on either wing as well as at forward. He is coming off a season that saw him set a new personal best for playing time, which caught U.S. caretaker coach Dave Sarachan's attention and earned him a national team return for the first time since he scored goals in consecutive friendlies in 2016.

"He finished on a good note with his club, obviously scoring," Sarachan said. "That’s important, when guys have been playing and also having some confidence. He’s still got ability that I felt he deserved a good look this week in this environment again. He’s had a taste of it, on and off, and now I think it’s a good opportunity for him to jump in coming off a good back-end of the season."

The chance for his first steady run of playing time since his days starring for Bayern's reserve team has helped Green not only hone his game, but build up the confidence that has taken its share of hits since he left Bavaria.

“I felt it in myself. I felt every game I got better and better," Green said. "I just feel more comfortable on the pitch. It was a very important season for me so now, for me, I moved up my game a little bit. The season was very important for me."

Green's return to the national team fold is a testament to his unwavering determination to reach the lofty goals he set for himself when he was a Bayern prospect. The disappointment of having to leave one of the world's best clubs might have been enough to crush the spirits of some young players, but Green has overcome it and begun to forge the foundation for a career that could still develop into a good one for a player who will turn 23 this summer.

"I would say in a general way that’s true for most young players," Sarachan said. "That there’s going to be ups and downs, and how they manage through that and come out the other end is really the challenge for all young players. Having this opportunity I’d like to think he’s excited and the confidence level will be good."