The two rivals were facing off in a potential title decider, with the game seeing multiple fouls and eventually turning ugly at the full-time whistle

The Primeira Liga clash between Porto and Sporting descended into chaos on Friday night as five red cards were issued and players and staff, as well pitch-side assistants, clashed during ugly scenes.

Sporting were second, six points behind leaders Porto in the table, ahead of the league meeting at Estadio do Dragao, with a heated match seeing a total of 31 fouls as the game finished in a 2-2 draw.

Watch: Chaos at full-time of Porto vs Sporting clash (UK only)

Pepe received one of three red cards shown after the final whistle, as carnage broke out between both sets of players and staff.

The Dragons extend their unbeaten run to 50 matches! 🔵👏 pic.twitter.com/i0F2Dmf1Dh

As the game approached full-time, Pepe fell to the floor after he collided with Sporting midfielder Joao Palhinha while attempting to head home a late winning goal.

That sparked chaotic scenes as numerous players and staff from both sides clashed with each other on the pitch, leading to pushing and shoving, and even a pitch-side assistant appearing to hit a Sporting player from behind an advertising board. 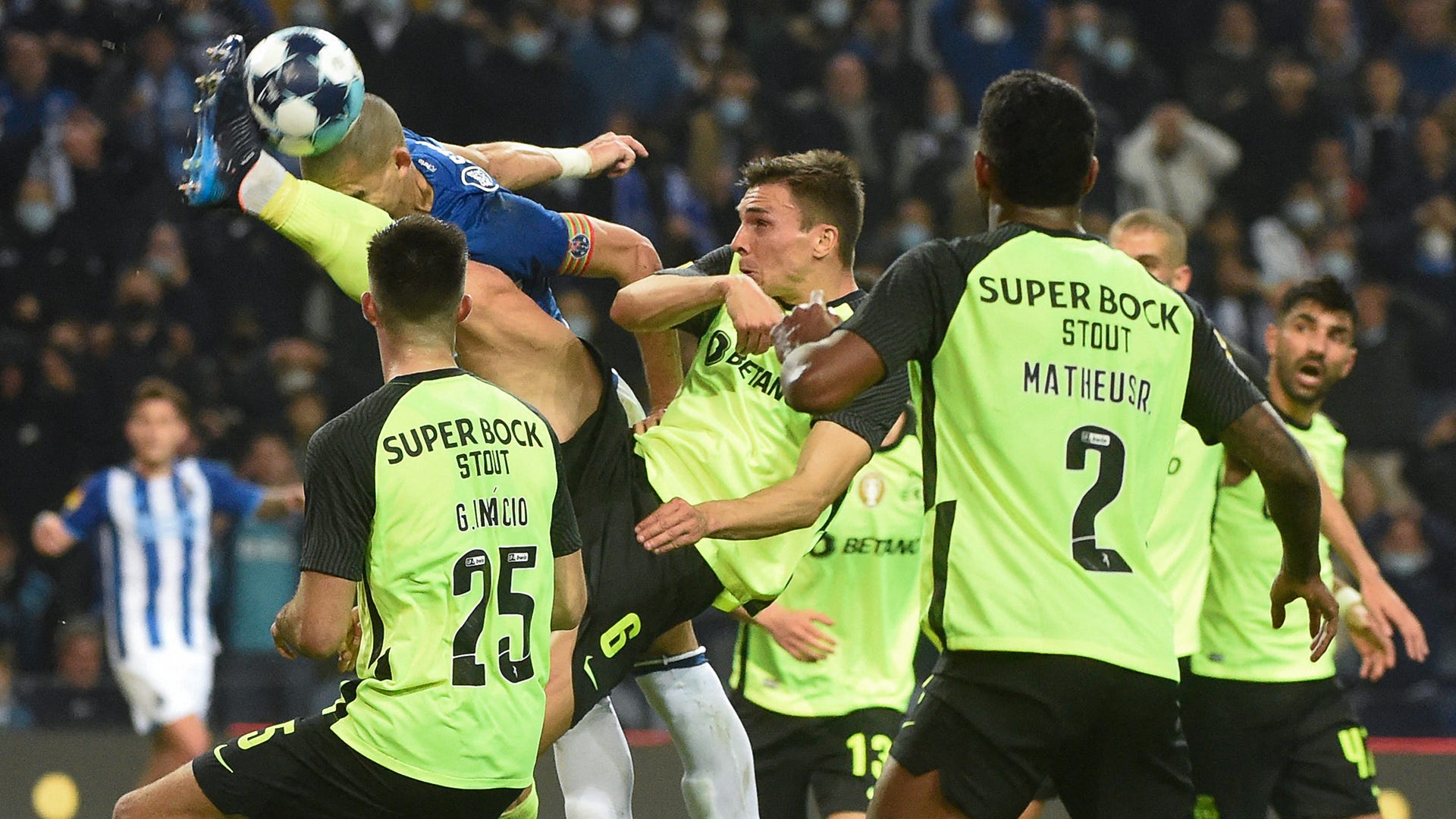 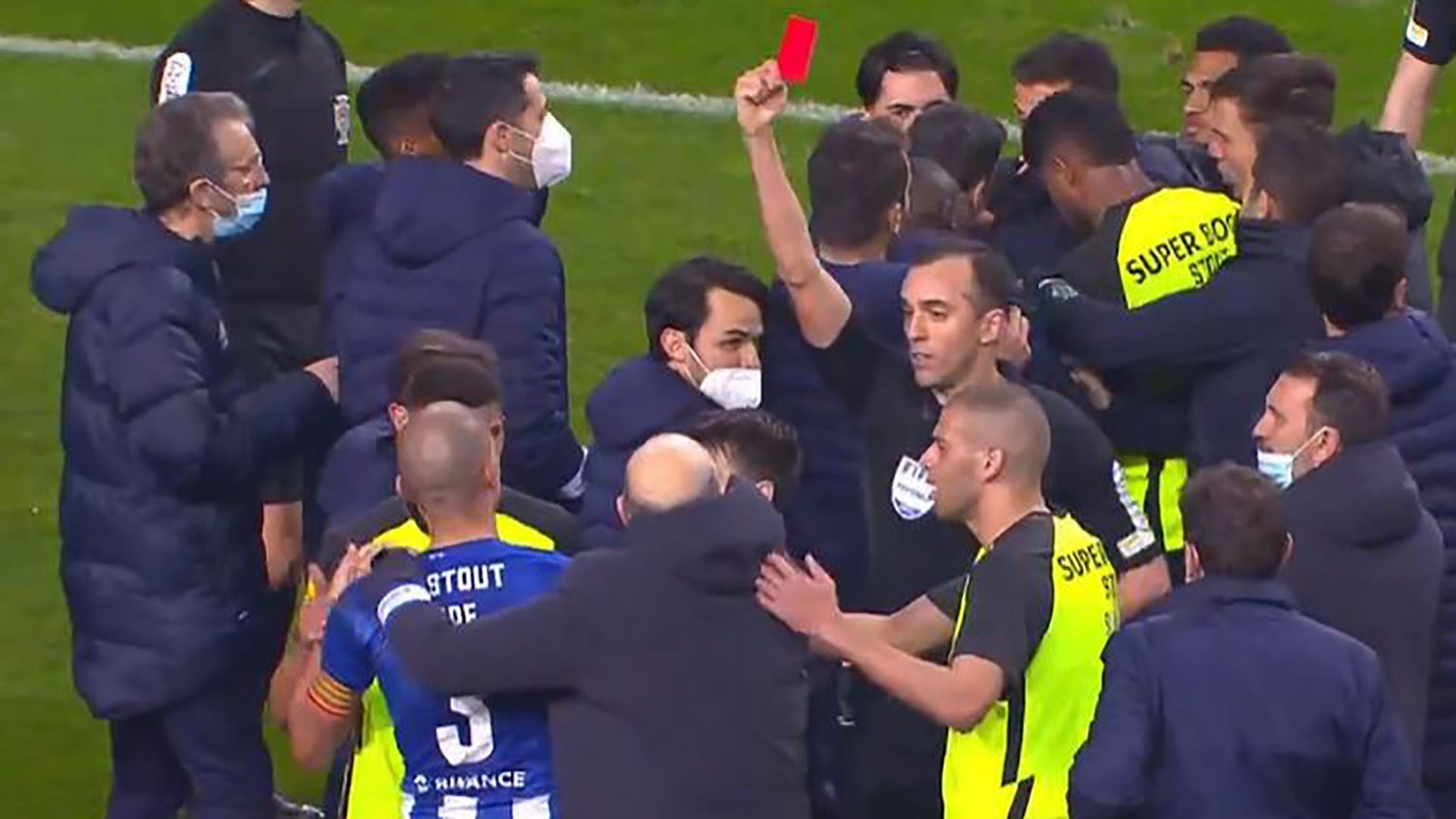 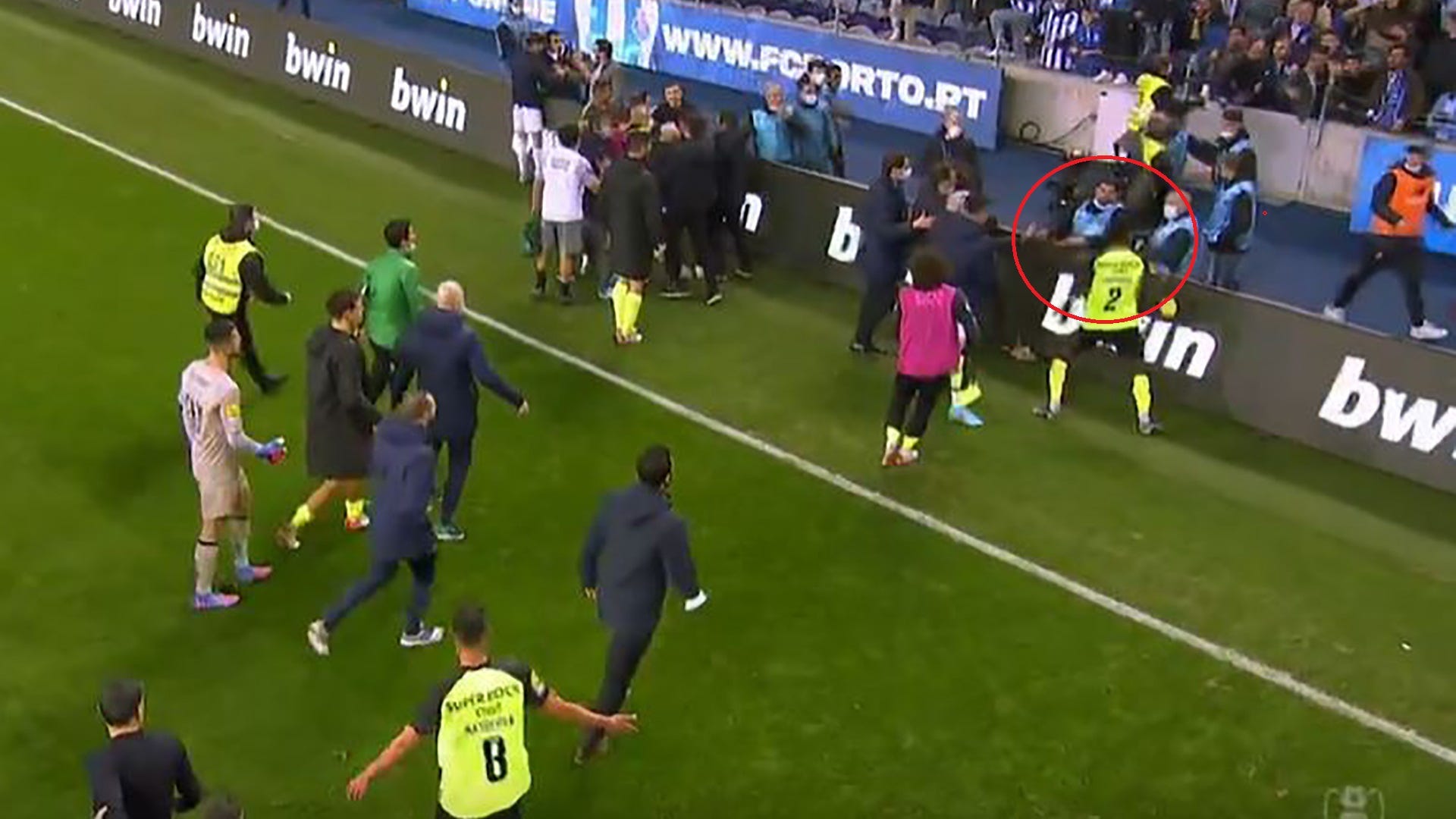 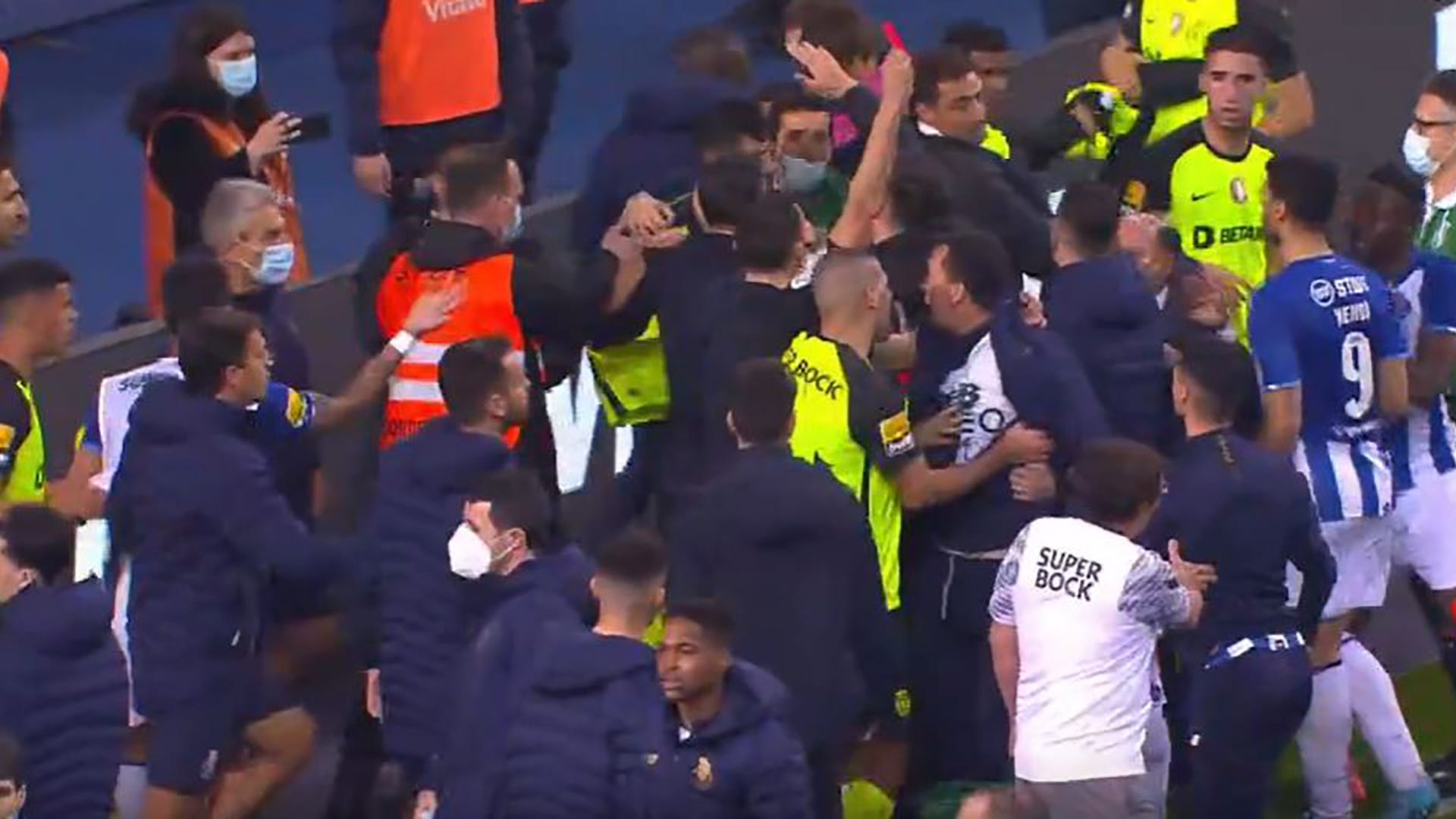 The referee then sent off an additional four players, two each from either side, with former Real Madrid centre-back Pepe also dismissed during the carnage.

With the full-time whistle having already blown - with the game having ended in a 2-2 draw as Sporting failed to cut the gap at the top of the Primeira Liga table - it would take over five minutes for those on the pitch to eventually make their way down the tunnel.

What's been said about it?

Frederico Varandas, Sporting's president, said after the game: "This game reflects, for me, what the last 40 years of Portuguese football has been about. Of an era where they (Porto) have a president called Pinto da Costa."

It would appear that Varandas does not hold a high opinion of the 84-year-old, who has been Porto president since 1982, and it remains to be seen what punishments will be handed out following the mayhem that ensued at full-time of the game.