Carli Lloyd: Will the USWNT star play in the NFL & everything you need to know 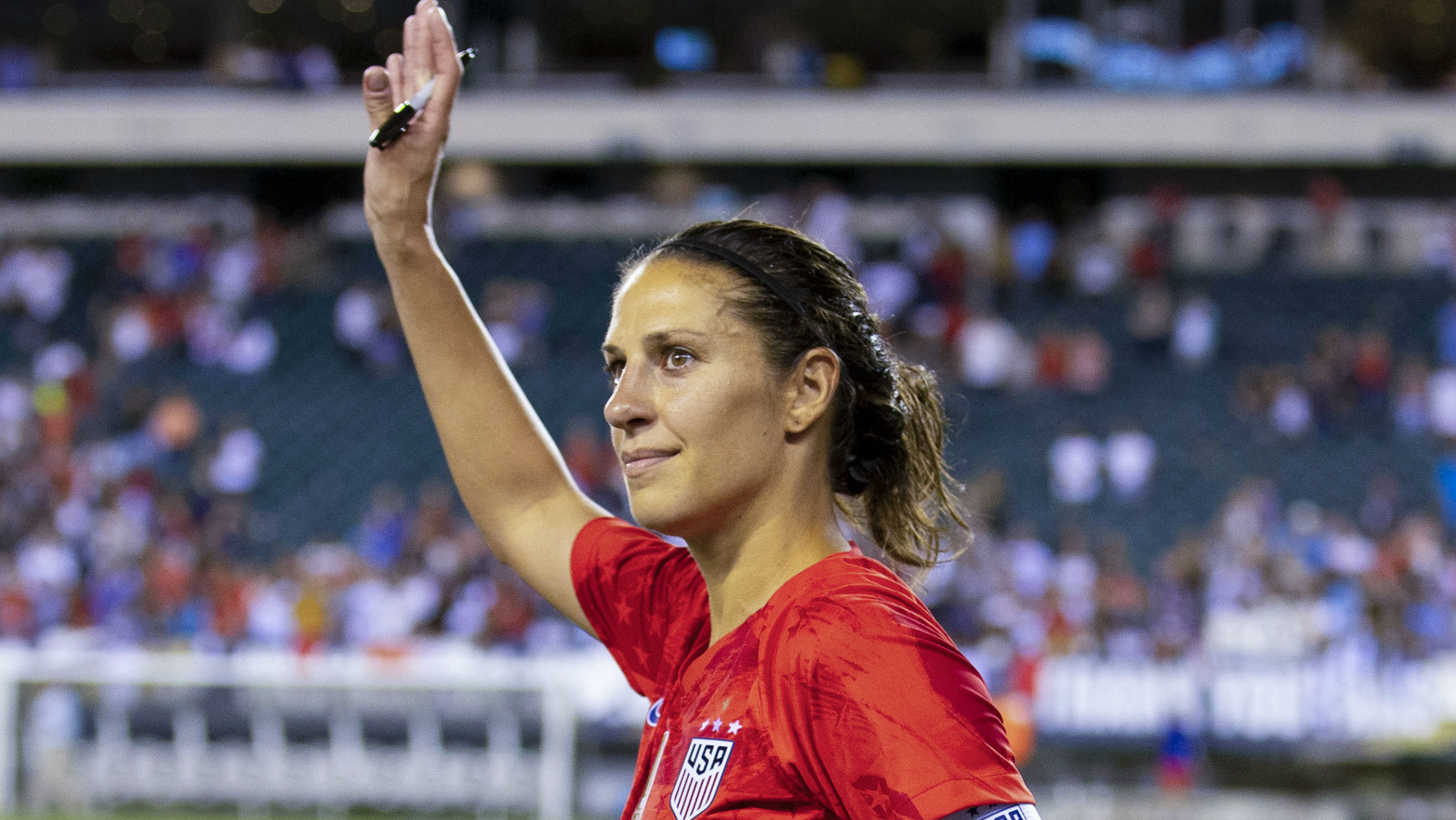 The midfielder caught the attention of the NFL when she nailed a long field goal, but could she actually play in the league professionally?

U.S. women's national team and Sky Blue FC veteran Carli Lloyd caused quite a stir when a video surfaced of her nailing a 55-yard field goal while visiting the Philadelphia Eagles and Baltimore Ravens in August.

The video of the kick went viral on the internet, with Lloyd stating that she had received offers from two unnamed NFL teams to kick in their pre-season games.

Lloyd is one of the most celebrated soccer players, a two-time World Cup winner with the USWNT, a two-time Olympic gold medalist and two-time FIFA Player of the Year. So could she be tempted for a career change and hang up her soccer cleats in favour of shoulder pads? Goal takes a look.

Why was Carli Lloyd visiting the Philadelphia Eagles?

Lloyd was in Philadelphia with the USWNT playing a friendly game against Portugal at the Eagles' home of Lincoln Financial Field.

She had attended a joint training camp practice between the Eagles (the football team she supports) and Baltimore Ravens, and afterwards, she decided to have some fun of her own and attempt some field goals.

Thank you to the @Eagles for having me out! Thanks to @JustinTuck @jake_elliott22 @MayorRandyBrown for the good time and tips! 🏈 🎯 #55yd pic.twitter.com/owZ16f46Th

She showed her leg strength by absolutely smashing in a 55-yard field goal that was captured on video.

It's no surprise, really, that Lloyd was so skilled with the kick. After all, being a kicker requires similar technique and skill as being a soccer player, and her scoring over 100 goals for the USWNT is no small feat.

“Next thing you know,” Lloyd said, “it became majorly viral.”

Has Carli Lloyd had offers from the NFL?

As the video went viral, fans started sending her messages encouraging her to start kicking for NFL teams in pre-season. And now Lloyd is giving it serious thought.

When asked which teams offered her a role as a professional kicker, Lloyd told NFL Network: “I can’t disclose. You guys may never know.”

She continued: "Like I said, I have a game this Thursday, which I happen to be playing in Philadelphia. It's not something I would've passed up. First and foremost, I am a soccer player. But it's been crazy. A casual day, me just having some fun, being competitive and kicking field goals went to being the most talked-about news around the globe.

"It's just crazy how all of that works."

What is a kicker in the NFL?

The kicker is the player in American football responsible for the kicking duties of field goals and extra points.

Additionally, the kicker can also serve as the team's kickoff specialist or punter.

What has the reaction been to Carli Lloyd playing in the NFL?

While Lloyd's fans have encouraged her to pursue a role as a kicker, lauding her ability, others were more skeptical of the idea – alluding to her gender, stature and inexperience in the NFL.

Los Angeles Chargers wideout Keenan Allen, for one, expressed his concerns about what might happen to her on Twitter: "Sound sweet til somebody block the kick and all of a sudden she on defense. Would be like the stampede scene in the lion king movie. She do got a boot tho!"

Sound sweet til somebody block the kick and all of a sudden she on defense😂. Would be like the stampede scene in the lion king movie 😂😂 . She do got a boot tho! https://t.co/K8VxnHp6gB

Lloyd, however, has stated that she is well aware of the obstacles and difficulties she would face, reiterating that she only would be a kicker – and not a quarterback or running back, who deal with the majority of the intense physicality of the NFL.

She, additionally, outlined how her participation as a kicker in the NFL could spark change to break down more gender barriers in the sport.

"I also see it from the one perspective of maybe this is kind of something that's going to break down some barriers and give people, women especially, the confidence to know that maybe they can be a part of any NFL team as a kicker," she continued.

"I'm not trying to be a running back or a quarterback; that would be an epic fail.

"But I do know that I could kick a ball pretty well and I pride myself in my technique and really it's all about getting it up and over. I know that there's loads of people that are saying, you know, big men coming at you.

"I don't know. I'd have to seriously go out to the field. Helmet, pads, two-step, really get the technique down, really practice it and then kind of see from there if it's possible."

Are women allowed to play in the NFL?

According to ESPN, women are allowed to play in the NFL, quoting then-league spokesman Greg Aiello who stated: "The NFL has no male-only rule. All human beings are eligible, as long as they are three years out of high school and have a usable football skill set."

Should Lloyd decide to take up a role as a kicker, she would be the first woman to play in the NFL professionally.

Patricia Palinkas is on record as being the first female professional football player as a holder for her placekicker husband, having played for the Orlando Panthers of the Atlantic Coast Football League in 1970.

The NFL does have female officials, female scouts as well as female assistant coaches. So could a female kicker be the next step?

"No other female has ever done this on the professional stage, so I know there are a lot of challenges and I get that," said Lloyd.

"I've had other girls that have played for their youth teams or high school teams as a kicker and I've gotten messages saying that I've given them the confidence to go for it even more. That's kind of the message that you want to hear. Obviously, there's challenges with that, playing in male-dominated sports.

"But we live in a different time in this world. I think anything is possible. I think somebody's got to be the first one, right?"