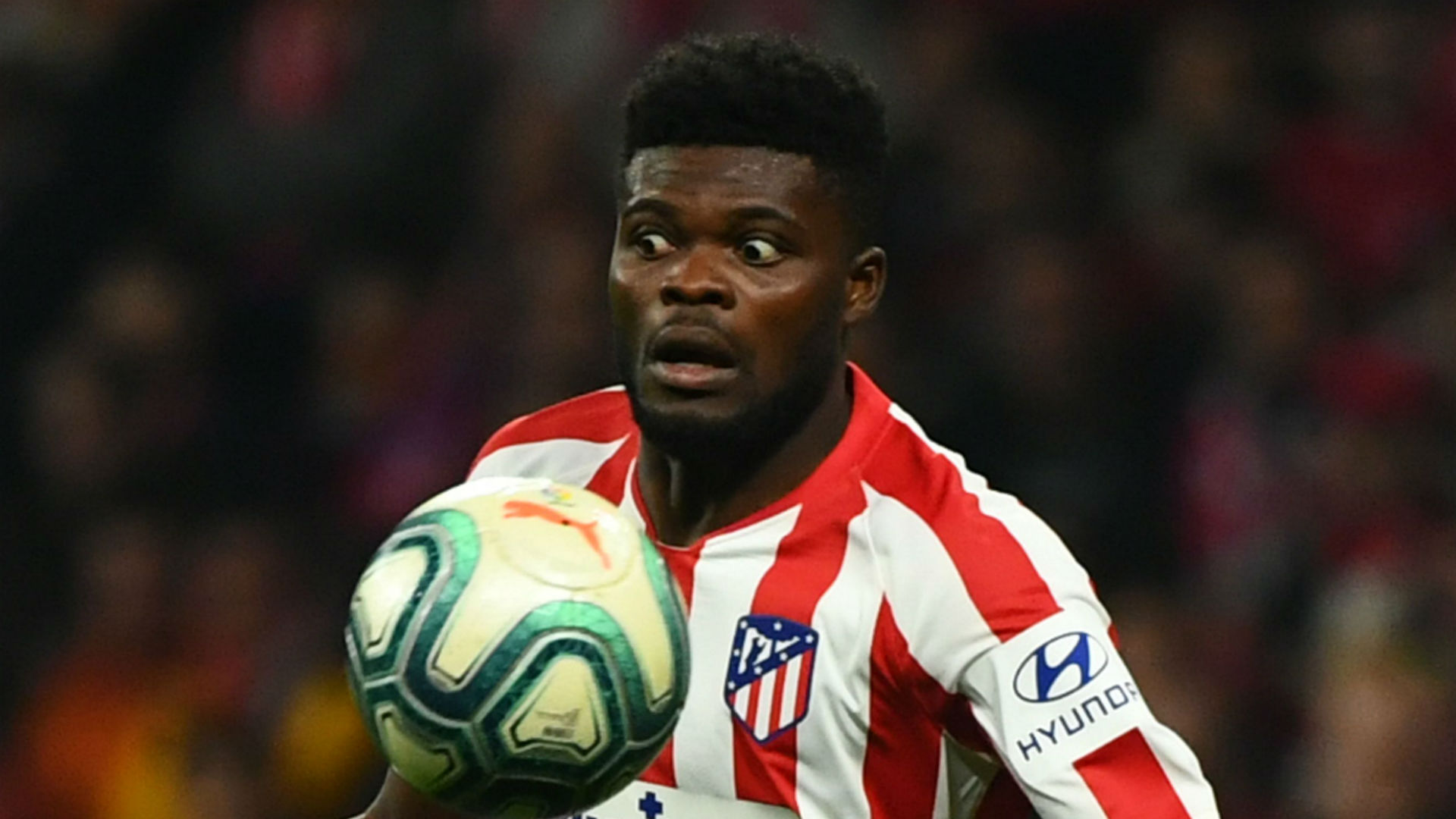 Arsenal will lose out if they end up facing Barcelona in a transfer battle for Atletico Madrid midfielder Thomas Partey, claims Nigel Winterburn.

The Ghana international has been a long-standing target for those at Emirates Stadium.

Interest in the 27-year-old was expected to be stepped up in the current window, with Mikel Arteta eager to put his own stamp on a squad inherited from Unai Emery.

Arsenal may, however, face competition from Camp Nou for Partey, with La Liga giants Barca looking to oversee a summer refresh of their own.

If the Blaugrana were to join the bidding, then Winterburn fears the Gunners will be left frustrated.

He told Bookmakers.co.uk: “I’m always a little bit worried when the likes of Barcelona are also interested in your target – even when they’re in disarray – because they’re a huge club and you don’t want to be fighting them for a player, because most clubs would lose out in that situation.

“From my point of view, I’ve always said the structure right through the centre of the team is so pivotal to how a team plays.

“You need strong players straight through the middle – centre-halves, central midfielders and your centre-forwards – they really need to be of a very high standard at this level.

“Arsenal need to look at those areas and Thomas Partey has been linked with a host of clubs, including Arsenal. If Barcelona’s interest is genuine, then I think it’s going to be very difficult for Arsenal to sign him.”

While waiting on movement into Emirates Stadium, Winterburn believes that Arteta needs to be pushing a number of players out.

The Gunners are well-stocked for centre-halves at present, with William Saliba now fully on board and a deal close for Gabriel Magalhaes, and exits are expected in that department.

Former Arsenal left-back Winterburn added, with Rob Holding, Calum Chambers, Shkodran Mustafi and Sokratis seemingly all on the chopping block: “I think there’ll be more than one of them going, because Arsenal have got a host of centre-halves and it may come down to which players are going to be limited in appearances going forward.

“Age may come into it too – all of those players will be looking at the situation and wondering how often they’re going to be playing and what their chances of being first choice are.

“And if not, are they happy to sit on the bench and wait for opportunities? The one player out of the four that I think might be worth holding on to is Rob Holding.

“Up until his injury I would have said he was Arsenal’s most consistent defender, but he’s struggled to get back to full fitness and get that consistency back.

"It would be a bit of a surprise if Holding was to leave, but then you have to consider Arsenal’s financial situation. They might feel as though he’s the one they might be able to get the most money for, so in terms of the club trying to balance the books it might be a good option for them to sell.

“But with the amount of games Arsenal are going to be playing next season it makes sense to retain at least two of them.”