There are many reasons thousands of footballers don’t make it to the game’s peak, despite possessing innate talent which could make them world stars.

Two of the biggest are bad luck and a bad mentality. Barcelona winger Ousmane Dembele has suffered from both.

And as with the likes of Mario Balotelli, Antonio Cassano and Hatem Ben Arfa, the latter could take the World Cup winner crashing down off the mountain he has ascended.

The Frenchman’s first season at Camp Nou was beset by injury problems which prevented him getting the game time he wanted and finding his place in the team.

But now in his second season, which he started well, scoring some important goals, it seems only Dembele’s behaviour and attitude is holding him back.

Nobody says it’s easy, leaving your home and moving abroad as a teenager, but the transition appears to have hit Dembele harder than most.

After forcing a move from Borussia Dortmund to Barcelona in an unprofessional way - including an alleged trashing of the house he was renting from now Liverpool coach Jurgen Klopp - the Catalans perhaps shouldn’t be surprised by Dembele’s behaviour.

Since he arrived in the summer of 2017 he has been late to training and other meetings or events on numerous occasions, showing a lack of respect for the club and his team-mates. 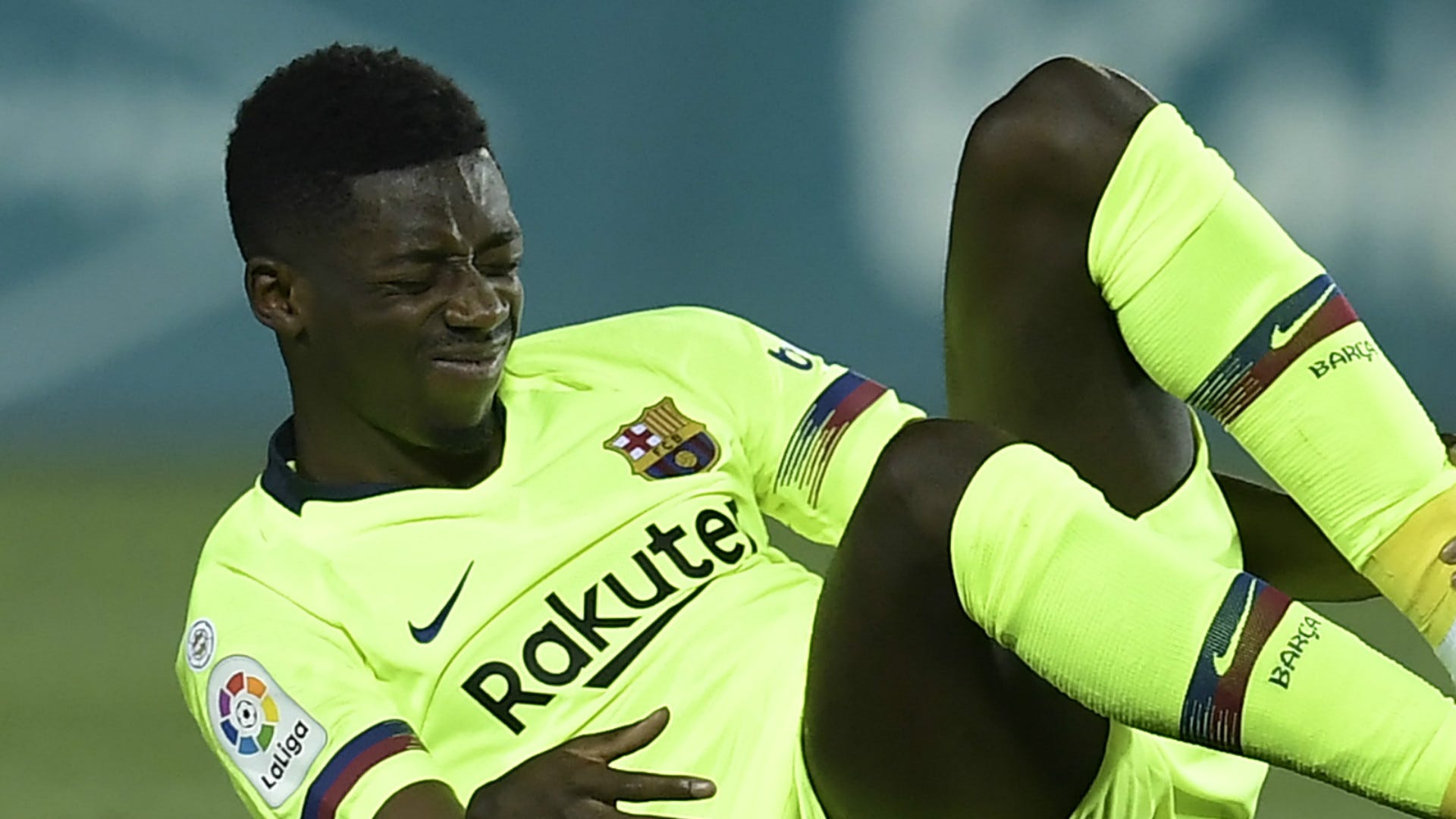 Meanwhile, on the pitch he is not up to speed with Barcelona’s game and while his considerable ability helps cover the gaps, it’s clear he’s still not totally on board with the club’s idiosyncratic style.

There have been other complaints about the amount of time he spends playing video-games, often at inopportune hours, while his professionalism regarding diet has been called into question on numerous occasions.

One source told Goal of countless fast food cartons at his house, while a healthy fish dish prepared by a chef had been discarded.

Dembele does not yet speak Spanish at a good level and that is hampering his integration with his Barcelona team-mates.

All of which has been reported by both Catalan and Madrid media, and with Barcelona briefing journalists on Dembele’s troubles, it potentially paves the way for his exit.

Barcelona president Josep Maria Bartomeu and sporting director Pep Segura met with the player's agent to explain the situation, who reportedly asked the club to stop leaking information about his client.

With each new story that comes out about the winger’s troubles, it gets easier and easier for the Catalans to sell him.

Having lavished a fee which could rise to €147 million on his signature, Barcelona need Dembele to perform, but if that is not going to happen then they must find an escape route. 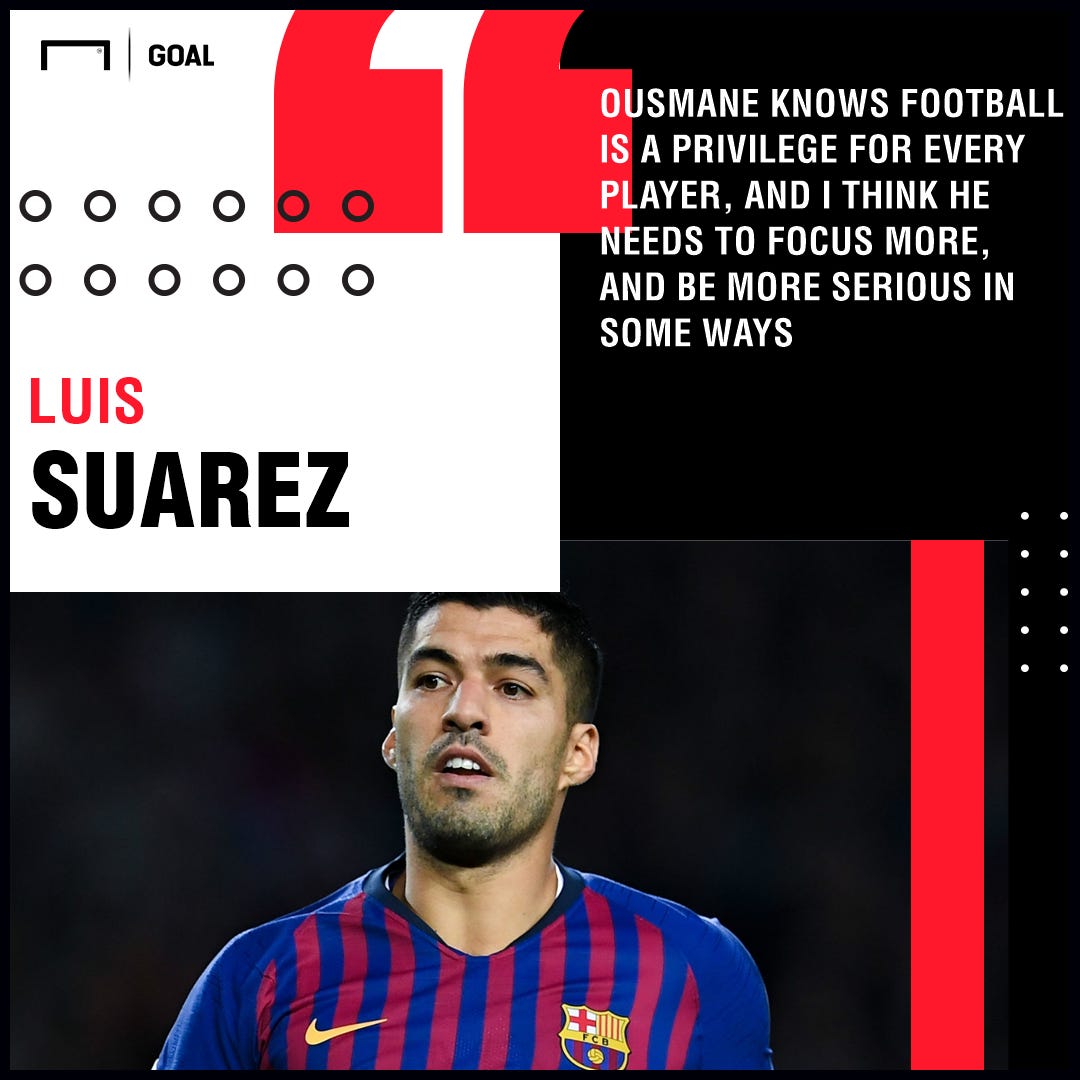 Dembele’s problem is not the media, it is himself.

That has been laid bare by figures at Barcelona, including dressing room heavyweights, as well as France coach Didier Deschamps.

After Dembele was left out of Barcelona’s squad to face Real Betis, a match which saw the Catalans stumble to a 4-3 defeat, Gerard Pique said: “If the coach doesn't call him up, it's to help him improve. We're all here to help him. We've all been young like him, we've all made mistakes like him.

"From experience, you have to teach [players like Dembele] that football lasts for all 24 hours of the day, you have to live it from the first minute until the last.”

And Suarez chipped in with another comment acknowledging both Dembele’s misdemeanours.

“Ousmane knows, football is a privilege for every player, and I think he needs to focus more, and be more serious in some ways,” said the Uruguayan striker.

The man Dembele was signed to replace, Brazilian star Neymar, was never the most professional while at the club but unlike Barca’s No 11, he was performing week in, week out on the pitch.

The parties, the gaming, the ever-present group of friends Neymar had around him were accepted by Barcelona because the Brazilian star was winning them matches, destroying defences alongside Lionel Messi and Luis Suarez. 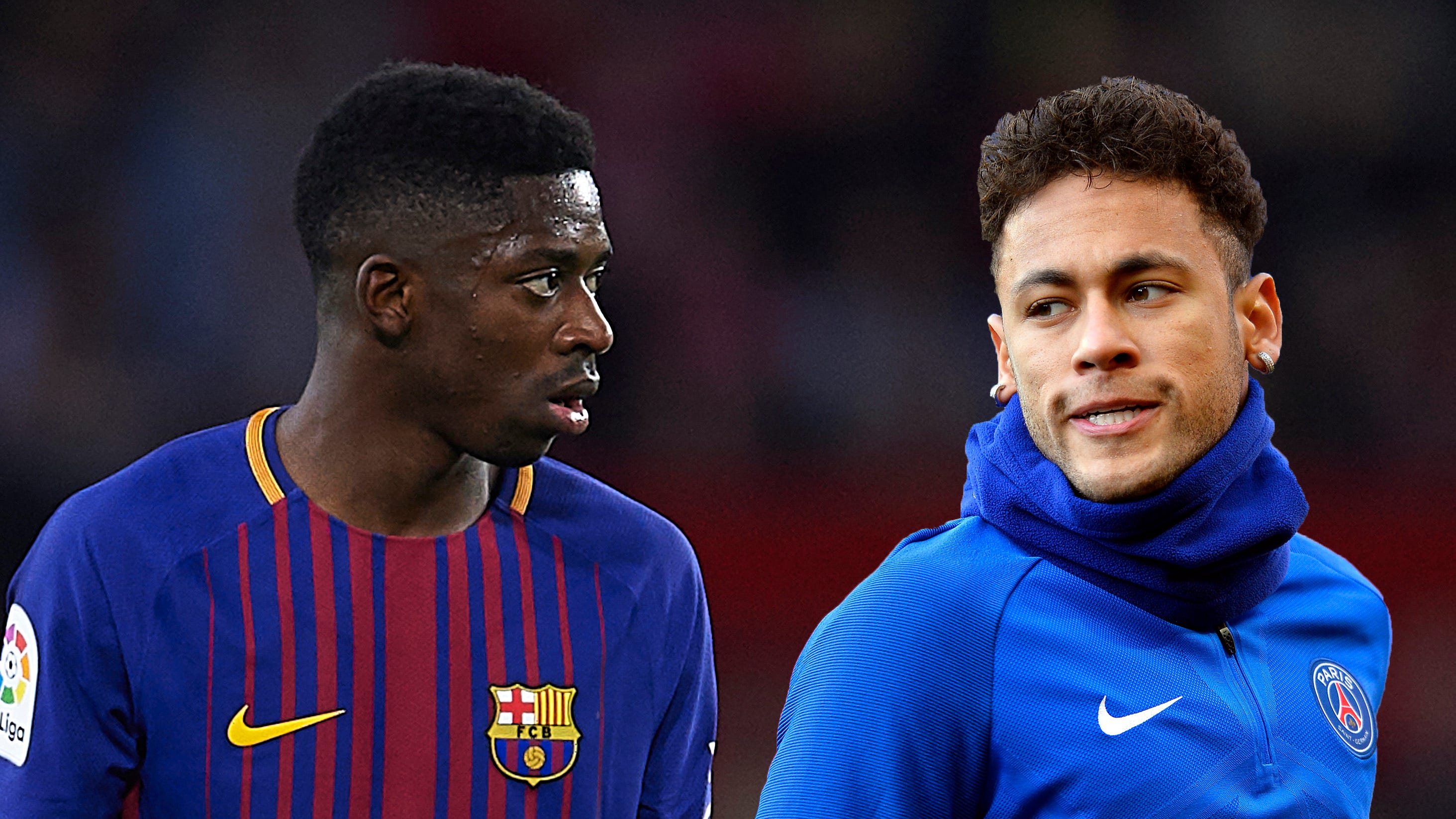 Dembele lives life in a similar way but without the sheer quality which Neymar offered.

Recently a Barcelona club doctor went to Dembele’s house to investigate the star’s stomach bug, which he complained of after an unannounced absence from training.

As revealed by Spanish newspaper Sport, when he arrived he found a house full of Dembele’s friends, many of them still sleeping around midday, with the winger in bed too.

Neymar was inseparable from his gang of friends known as ‘the Toiss’ but it did not appear to impact his performance.

Dembele, meanwhile, has lost his place in the first team to Arthur Melo and when Lionel Messi was out injured coach Ernesto Valverde turned to versatile midfielder Rafinha Alcantara to play on the right wing instead of the winger.

Sport also quoted a source who was once close to Dembele, saying “it is hard to recognise the reserved and kind boy who listened to his family.”

Too much, too soon, it seems, for Dembele.

Fame and money aren’t as easy to handle as they might seem, and the pressure at a club like Barcelona only exacerbates the situation. Time moves quicker too, or at least there’s less of it.

Talk of a January move for Dembele is now rife, and Goal’s Barcelona correspondent, Ignasi Oliva, understands that Barcelona are ready to listen to offers in the winter transfer window.

It is time for Ousmane to wake up, because the train to the top is leaving whether he’s on it or not.