Video: Ronaldo shrugs off pitch invader that grabbed at Man Utd star's shirt before stewards race to wrestle him to the ground 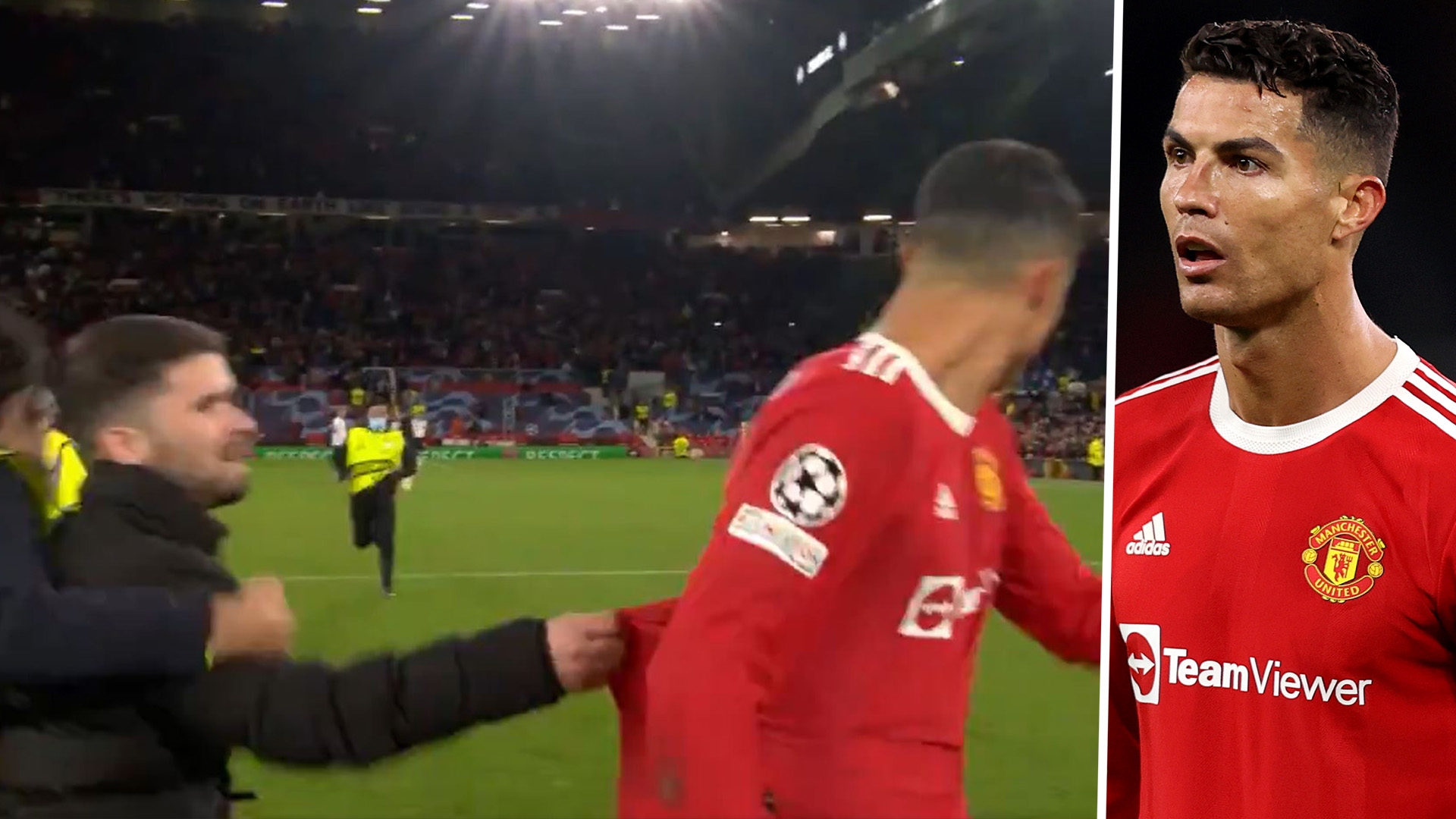 One supporter at Old Trafford on Wednesday got a little too carried away by Cristiano Ronaldo’s heroics in a 3-2 victory for Manchester United over Atalanta, with the pitch-invading fan being wrestled to the ground after grabbing hold of the Portuguese superstar’s shirt.

A five-time Ballon d’Or winner was celebrating a thrilling success for the Red Devils on home soil, with Ole Gunnar Solskjaer’s side battling back from two goals down to claim three points in a morale-boosting success.

Ronaldo was once again the man to step up when inspiration was required on a continental stage, having already snatched a dramatic winner this season against Villarreal, and he was left lapping up more acclaim after producing a typically decisive display.

Ronaldo helped to complete United’s turnaround when he powered home a towering header in the 81st minute.

At the full-time whistle, he was happy to express emotion to those in the stands and tuning in from afar.

While in the midst of those celebrations, a fleet-footed supporter broke through security and made a beeline for Ronaldo.

He just about reached the 36-year-old, getting a handful of his famous No.7 jersey, before being bundled to the turf – with Ronaldo shrugging off the incident and keeping his smile for the cameras.

Serious pace from the Old Trafford stewards to keep a pitch invader away from Ronaldo here. 😂#MUNATA #MUFC #UCL pic.twitter.com/pYMXRNFgaq

United had been questioned as a collective heading into their home date with Atalanta.

Ronaldo and Solskjaer had come in for criticism, with the latter said to be clinging to his job in the wake of a disappointing 4-2 defeat to Leicester in the Premier League.

The Red Devils were, however, to show that they still have plenty of fight left in them, with Ronaldo putting in the kind of energetic performance that some had said was now beyond him.

Solskjaer told reporters afterwards: "As a centre forward we asked him to run the channels, drop in, press more because we're at home, of course. We want to get the crowd behind us.

"Even he was down inside his own six-yard box towards the end defending, you could see him sprinting. He did everything a centre forward should be doing, leading the line and defending.

"If anyone wants to criticise him for work-rate or attitude, just watch this game. Watch how he runs around.

"And of course the goal is just what he does better than most. The header is not on a par with his Roma one but he's still got a leap and timing like no one else."