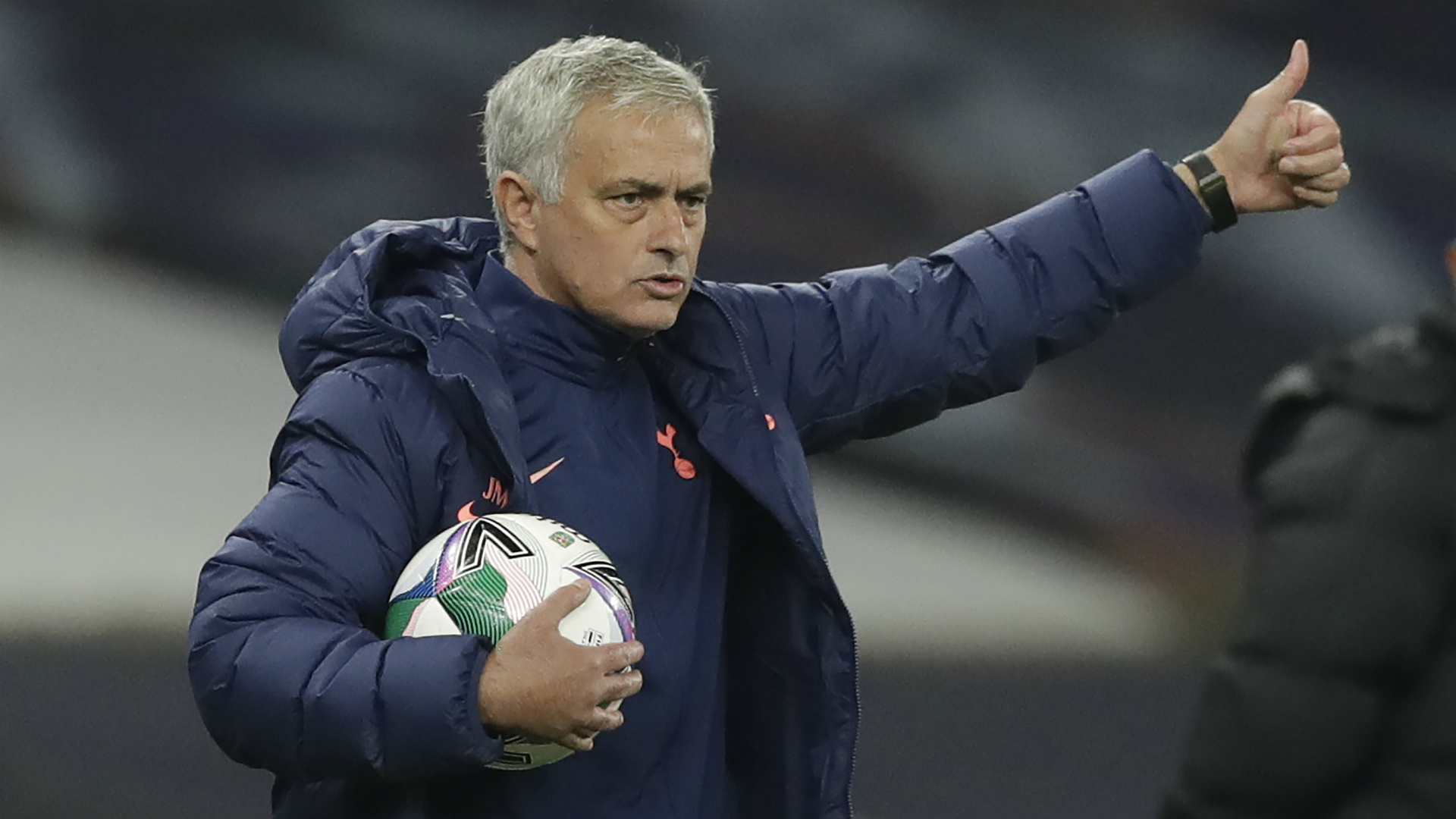 The Tottenham manager also thinks the club will succeed in adding another forward, having been linked with moves for multiple strikers

Tottenham manager Jose Mourinho has heaped praise on midfielder Tanguy Ndombele, saying his improvement from last season has been "phenomenal".

A marquee signing last season, Ndombele initially struggled but has impressed of late and starred in Tuesday's EFL Cup penalty shoot-out win over Chelsea, which is part of a frantic run of fixtures.

Speaking ahead of Tottenham's home Europa League play-off tie against Maccabi Haifa on Thursday, Mourinho picked the France international out for special treatment - while still saying the former Lyon player can improve his strength and ability.

"You can feel the happiness. Physically he has to be better, he will be better, but if you compare this Tanguy with last season's Tanguy, there is no point in comparing - but he can get better, he can be really phenomenal."

Ndombele completed a £54 million ($68m) move to the Tottenham Hotspur Stadium last summer, becoming the club's most expensive signing of all time in the process.

The Frenchman committed to a six-year contract with the north Londoners, but his first season in the Premier League did not go according to plan, as the 23-year-old found himself reduced to a bit-part role in the squad since Mourinho's arrival as head coach in November.

Spurs boss Mourinho is also optimistic he will have a new striker in his squad by the end of the transfer window on Monday.

The Lilywhites have reportedly made a breakthrough in their bid to add another striking option to support Harry Kane after being linked with multiple players across Europe.

Mourinho is hopeful the club will make a signing, but regardless of the outcome he is thrilled by the support the club have given him in the market, with Gareth Bale, Sergio Reguilon, Pierre-Emile Hojbjerg and Matt Doherty among their additions.

Spurs, who have also been in negotiations with Inter over defender Milan Skriniar, play Mourinho's former club Manchester United at Old Trafford in the Premier League on Sunday.