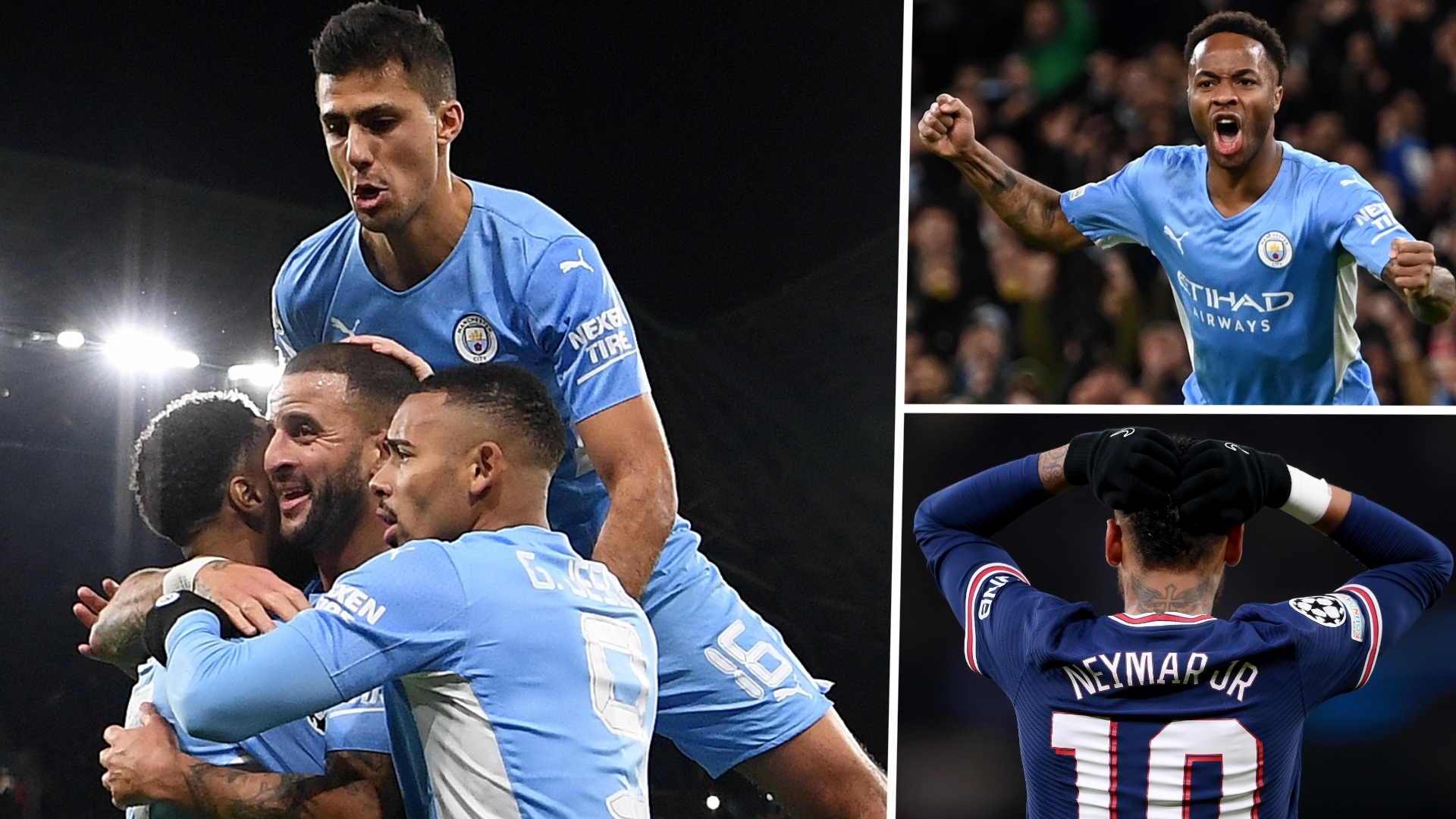 These are the European nights that they’ve been craving at Manchester City.

A Champions League group game where the razzmatazz and excitement drowned out the boos and some apathy of the tournament.

A performance where the City players strutted and outclassed a European giant.

And a victory that left their continental rivals in no doubt that going to the Etihad Stadium is now a trip to fear.

Group games at home have often become fixtures that City have generally breezed through, particularly during Pep Guardiola’s reign where their quality has seen supporters arrive in expectation rather than with anxiety.

The City boss had expressed his unhappiness with the atmosphere on Matchday One against RB Leipzig, but despite that, his side still eased to a comfortable 6-3 win.

That's been the case for the majority of matches before the knockout stages where City have topped the group without playing a major opponent and often without any jeopardy.

Lionel Messi, Neymar and Kylian Mbappe were in town and a last-16 seeding spot was at risk.

There was a bigger contigent of infrequent fans attending purely for the occassion – just as they do at nearby Manchester United and Liverpool to add to the hardcore majority that go every week.

Ahead of kick-off, street sellers chose Messi and Phil Foden for their half-and-half scarves and were doing good business.

Inside the stadium, the atmosphere built with a pre-match reminiscent of a boxing match – the stadium plunged into darkness, searchlights circling for the stars to arrive as a DJ banged out loud dance music.

Then in the match, when Messi nutmegged Raheem Sterling early on there were gasps from all sides of the ground – the same when Bernardo Silva jinked past three PSG players.

But it wasn't all about the casual visitors. The regulars, who know just how good City are, revelled in their domination of a talented PSG.

The Ligue 1 side took the lead through Mbappe after neat interplay between Messi and Neymar, but it was a rare moment of quality and came against the run of play.

Messi shrugged his shoulders for much of the game, bullied into quietness by Ruben Dias. Neymar shone in glimpses but struggled to get involved while Mbappe was often on the periphery waiting for things to happen.

But it was mostly happening at the other end of the pitch.

Even without a striker, City were the more threatening, Keylor Navas making desperate saves and Presnel Kimpembe and Achraf Hakimi clearing off the line.

Guardiola waved his arm like windmills to encourage the fans to get even louder behind his team as they rushed forward.

When Sterling poked home an equaliser there seemed to be only one winner. It came in the 76th minute when Gabriel Jesus fired home from Silva's perfect and composed touch.

The Portuguese midfielder showed all the skill and quality that streams through the PSG side, just with added desire and workrate.

There have been memorable nights in Europe before – not least a thrilling quarter-final victory over PSG on the way to the semi-finals in 2016.

And the shame of last season’s run to the final was the triumphant run was played behind closed doors. No supporters were at tense games to watch an entertaining victory over an emerging Borussia Dortmund or a clinical destruction of a star-studded PSG.

Group-game victories over Bayern Munich under Roberto Mancini and Manuel Pellegrini were also unforgettable. But this win over PSG was maybe a turning point.

“With our people, thank you so much for coming and how they support us, it was a lovely night for us," Guardiola told BT Sport.

Explosive on the pitch and fizzing in the stands – this might just have been the night when everyone at Manchester City fully embraced the Champions League.