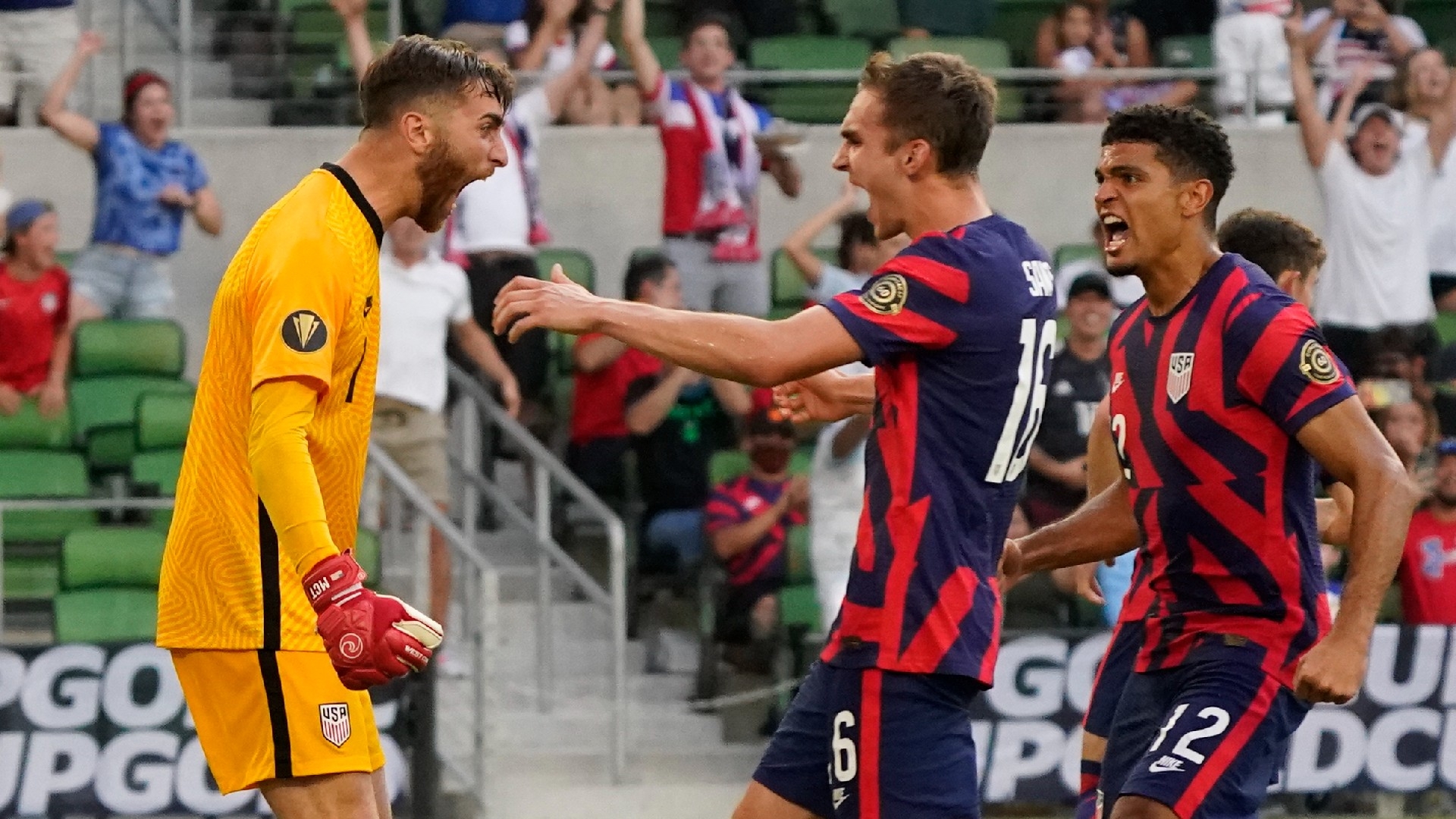 The missed second-half spot kick proved a turning point as the U.S. booked a spot in the Gold Cup final

After a foul was called on James Sands, the U.S. faced a second-half penalty from Hassan Al-Haydos, who had scored a panenka from the spot earlier in the tournament.

But, after a delay in taking the penalty, the Qatar star missed his spot kick, helping kickstart an eventual 1-0 win for the USMNT that booked a spot in the Gold Cup final.

What did Turner say?

"I don't think that the words that were said will be good for a press conference," Turner said. "But it's just a normal back and forth. It was a big moment and, in an international tournament, tensions were high and emotions were running high.

"For me, I just tried to let the guy know that I knew, that I've been watching his penalties. I think even beforehand I mimicked his run-up as I was heading back to my goal to try to just mess with him a little bit. I waited as long as possible in the middle because I knew that he chipped down the middle earlier in this tournament, and then you just see what happens from there.

"Even though I went the wrong way, I'd like to think that a combination of all things, my team delaying the shot, me holding my ground, all led to that moment and it was a big moment for us."

The New England Revolution goalkeeper put in another man of the match display on Thursday, helping lead the U.S. to the 1-0 win.

Turner made two miraculous saves early on with the U.S. struggling to get into the game, the second of which was a near-impossible stop from a deflected shot.

With World Cup qualifiers looming, Turner's heroics certainly have him in the conversation to be the USMNT's No.1 as he looks set to compete with Manchester City goalkeeper Zack Steffen.

Berhalter: It shows how much they wanted to win

In the moments after the penalty was called, Kellyn Acosta was one of several U.S. players displaying gamesmanship by delaying the kick.

After the match, U.S. head coach Gregg Berhalter said he didn't get a close enough look at what was going on from his spot on the sidelines, although he said he felt the penalty was soft on first glance.

"I didn't get a good look at it to comment fairly on it," Berhalter said. "But I think the guys were disappointed. To me, it was a potentially soft penalty kick. There was movement to go down but before there was very light contact.

"I'm going to watch it over again, and I think it shows how much they wanted to win."