Grealish: De Bruyne is world's best behind Ronaldo and Messi 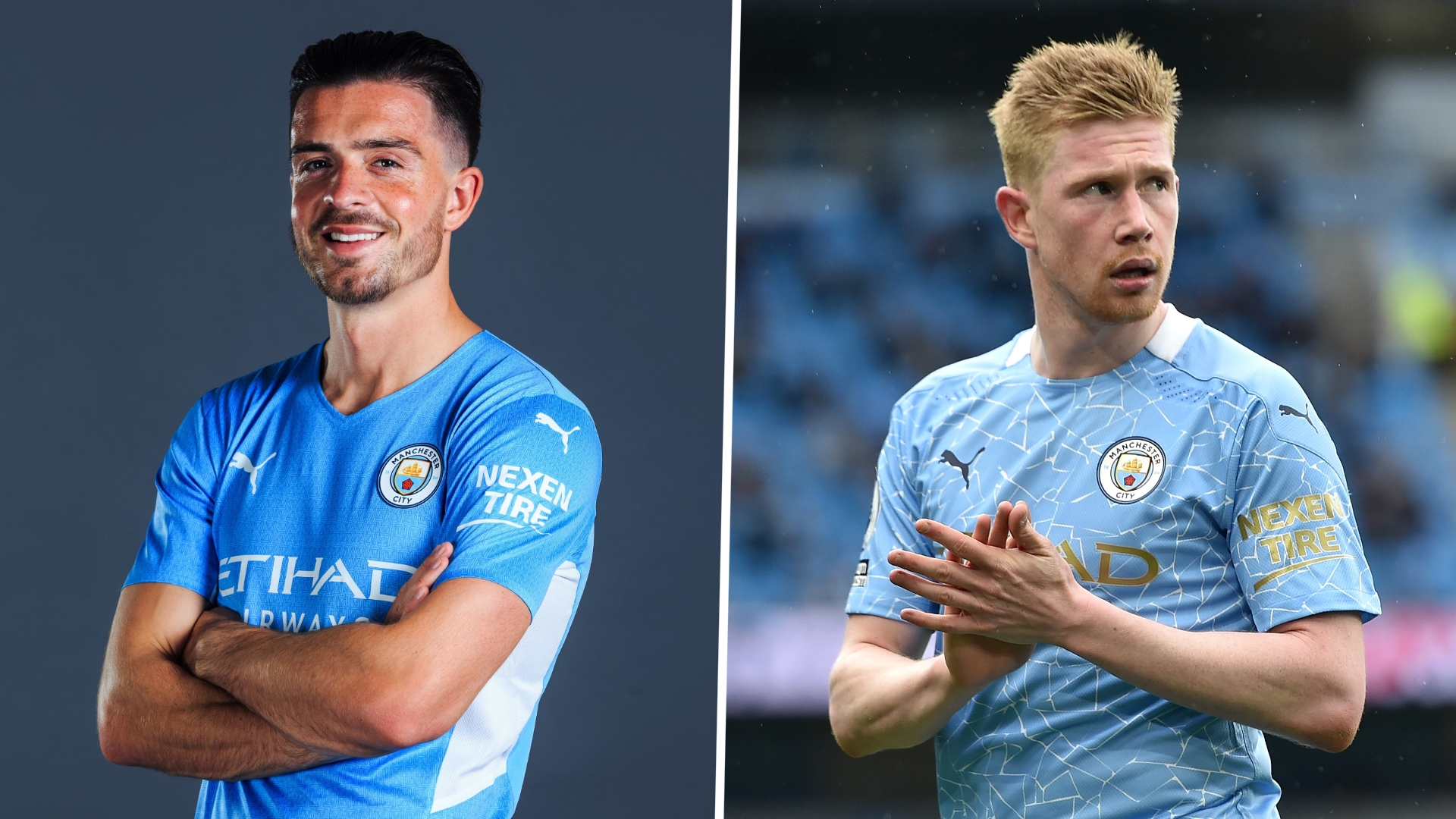 The Premier League champions announced the £100 million ($139m) signing of the England international from Aston Villa on Thursday, breaking the British transfer record.

Grealish says he is excited to start competing alongside one of his favourite players, admitting that he has modelled part of his game on that of Belgium star De Bruyne.

“I have spoken about him a good few times. I have always said that apart from Ronaldo and Messi I think he is the best in the world," Grealish said in his first interview as a City player.

"I think he has got absolutely everything. He is another one where I don’t think people give him credit for how fast he is.

"He normally knocks the ball by defenders, his final ball is obviously unbelievable. That is something that, in the season before I got six assists and I sat down with the manager and I was watching clips of Kevin De Bruyne at Villa. I said that this is what I want to do, I want my end ball to be like his and that is something I practiced on.

"Then, last season I ended up getting 10 assists in 25 or 26 games which is a good return. That is what I based it off, the way he plays and the way he always finds that perfect final ball.

"I have never played alongside him, I have played against him a few times, got his shirt, but he is one that I cannot wait to play alongside.”

Grealish eager to play with Foden

The midfielder's move to City also unites him with England team-mate Phil Foden and he had high praise for the 21-year-old.

"He is unbelievable. I don’t think anyone needs to be told that," Grealish said.

"Everyone knows how good he is. He has got the best first touch I have ever seen, whether the ball is coming out of the sky or whether it is coming back into him, he is just so smooth the way he dribbles with the ball. He is actually much quicker than people give him credit for.

"When we are away with England I get on so well with him. He makes me laugh, he is like my little brother! We get on so well at England and I just can’t wait to play with him regularly, week in, week out.

"I feel like sometimes, when you have a connection with someone off the pitch, you can transfer that onto the pitch as well. That is what me and Phil used to do in training when we were with England and I can’t wait to do that here."

Grealish not worried about competition in the squad

The 25-year-old says he is ready to fight for his spot in Pep Guardiola's starting XI despite the talent around him and is confident his style of play will make him a good fit.

“That is what you need. It is something that I thrive off and I think everyone needs to be kept on their toes for competition for places," he said.

"There is so much talent here and I just cannot wait to get in and amongst it and speak with these guys.

"I still think I am young, I am only 25, so I can still learn from all these people. I can’t wait to do that, to play and train with them and just be in and around them. You can learn from these people and I cannot wait to get started and to get playing."

He said of Guardiola: "When I came here this morning I had a long chat with [Pep] about positions and stuff like that, all football. It was such a positive chat and shows why I want to play under him.

"I have heard nothing but good words about him from the lads at England. I just can’t wait to get started really.

"There was quite a few factors as to why I wanted to come like we just mentioned, competing for trophies. Playing in the Champions League was a massive thing for me, I haven’t done that yet.

"When I am sitting there on a Tuesday or Wednesday night last year it was just what I wanted to do. To be able to do it with this club is going to be a dream."