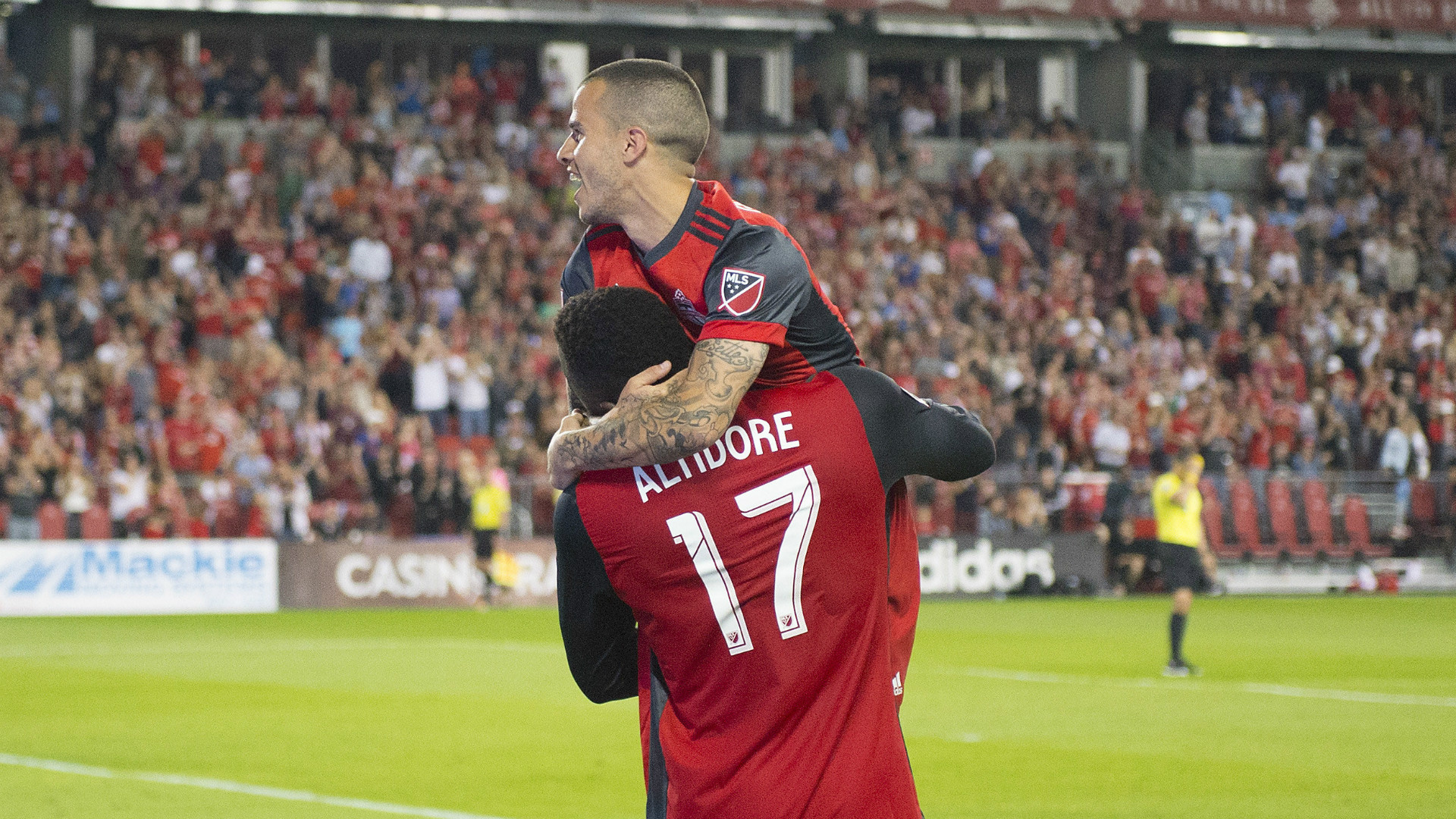 The trio of frontrunners held on to their spots after Week 17, with the bottom-ranked club also remaining in the same position.

With MLS at the halfway mark of the regular season, we're starting to see a clear separation of teams into various tiers.

The perfect remedy for an ugly loss is to grab a dominant win against that same team in the next meeting, and that's what TFC achieved against the Revs in Week 17.

Everything is going right for the Fire these days, especially at home. The club has a seven-game winning streak at Toyota Park, including a 4-0 thrashing of Orlando over the weekend, and continues to shadow TFC at the top of the standings.

Now that's something to hug a mascot about!

NYCFC got one over on its rival by earning a clinical victory at Red Bull Arena, and the team keeps on playing some of the best soccer in the league.

The top team in the West, SKC even gets stunning overhead goals from its central defenders.

If Peter Vermes can find more consistent goal scoring from the rest of his squad, SKC may be able to challenge the big dogs in the East for top spot.

Another solid defensive team that should be scoring more than it does, Dallas has still managed to keep itself within striking distance of the upper echelon.

Probably should have gotten more out of the derby with FCD, but Houston remains unbeatable at home. That's good enough for now, even with the team's atrocious road record.

The whole gang is back for Atlanta's attack, which means the expansion side is starting to return to winning ways. Now to make sure Josef Martinez stays a safe distance from the in-stadium pyro...

LA's doing the opposite of every other MLS team by winning a lot on the road and stinking up the joint on home soil. One would expect that to turn around soon, but points are points regardless of where they are won.

The Timbers will be kicking themselves for letting Seattle steal a point at Providence Park, but the real story here is Portland's complete inability to make any kind of sustained run.

A big win means a big jump in our rankings. Columbus is still far from convincing, and has actually played more games than every other team in the East except Orlando.

Clint Dempsey — who else? — to the rescue once again. The Sounders have played more than half their regular season games and still haven't figured out how to get all of their attacking weapons onto the same page.

A humbling loss to their crosstown rivals may be the low point of the season for the Red Bulls. Or at least they hope it is, because it's getting close to the time when "poor form" cannot explain away the club's losing record.

The Quakes had perhaps the strangest week in MLS, winning a pretty entertaining game at home and then subsequently firing their coach. Maybe this shake-up will be good for the stagnant franchise.

The Lions were recently considered contenders, but their thorough destruction at the hands of Chicago — a genuine contender in MLS — shows just how far Orlando has fallen. At least Cyle Larin will be making his return.

Dead last in the Eastern Conference and coming off the heels of an embarrassing loss — the Impact can hang their hats on a sizeable number of games in hand and the budding attacking relationship between Blerim Dzemaili and Ignacio Piatti.

The Revs continue to be flabbergasted by playing on the road, which does not bode well in a stacked Eastern Conference.

A little bit of fair play goes a long way, at least that's what the Union will be saying after Haris Medunjanin talked the referee out of giving Luciano Acosta in a 1-0 win over D.C. United.

Sporting the worst points-per-game average in the East and a pathetic 12 goals scored in 18 games, Ben Olsen's side will basically need a miracle to right the ship before season's end.

Colorado remains a stingy defensive side, but no one on the Rapids roster seems to know how to score goals. Pablo Mastroeni has the dishonor of being in charge of arguably the most boring team in MLS, and there's no quick fix.

RSL has seemingly embraced its ineptitude and decided to start playing several youngsters each game. If Mike Petke is allowed a long leash with reasonable expectations, this is a strategy that could end up working brilliantly for the once-dominant side.

The Loons remain on pace for the worst defensive season in MLS history, but at least they can score a few goals themselves.