A complete guide to the Lionesses' year, including fixtures at the 2022 UEFA Women's Euro, 2023 World Cup qualifiers and the Arnold Clark Cup

2022 will forever be remembered as a defining year for England as the Lionesses won the Euros on home soil, defeating Germany in the final.

The Lionesses had an eventful 2021, with three different people holding the role of head coach over the year, but ended the year in strong form under new boss Sarina Wiegman, scoring 53 goals and conceding none in her first six games.

That good form continued on straight to the Euros, as Wiegman and England wrote their names into history with their Euros triumph.

What fixtures have England Women had in 2022?

The Lionesses kicked off the year in February, with Spain, Germany and Canada all travelling to England for the Arnold Clark Cup. All four faced off in a round-robin tournament that began on February 17, with the winner crowned on February 23.

It was indeed England that emerged victorious, after following up draws against Canada and Spain with a victory over Germany - only their second ever against a huge European rival. Spain also ended the tournament with two draws and a win, but the Lionesses topped the standings by virtue of goal difference.

In the build-up to the Euros, the Lionesses also won all three of their pre-tournament friendlies against Belgium, the Netherlands and Switzerland - the second result the most impressive, given the Dutch are the reigning European champions.

They went on on to roll to the Euro 2022 final, where they took down Germany 2-1 in extra time. 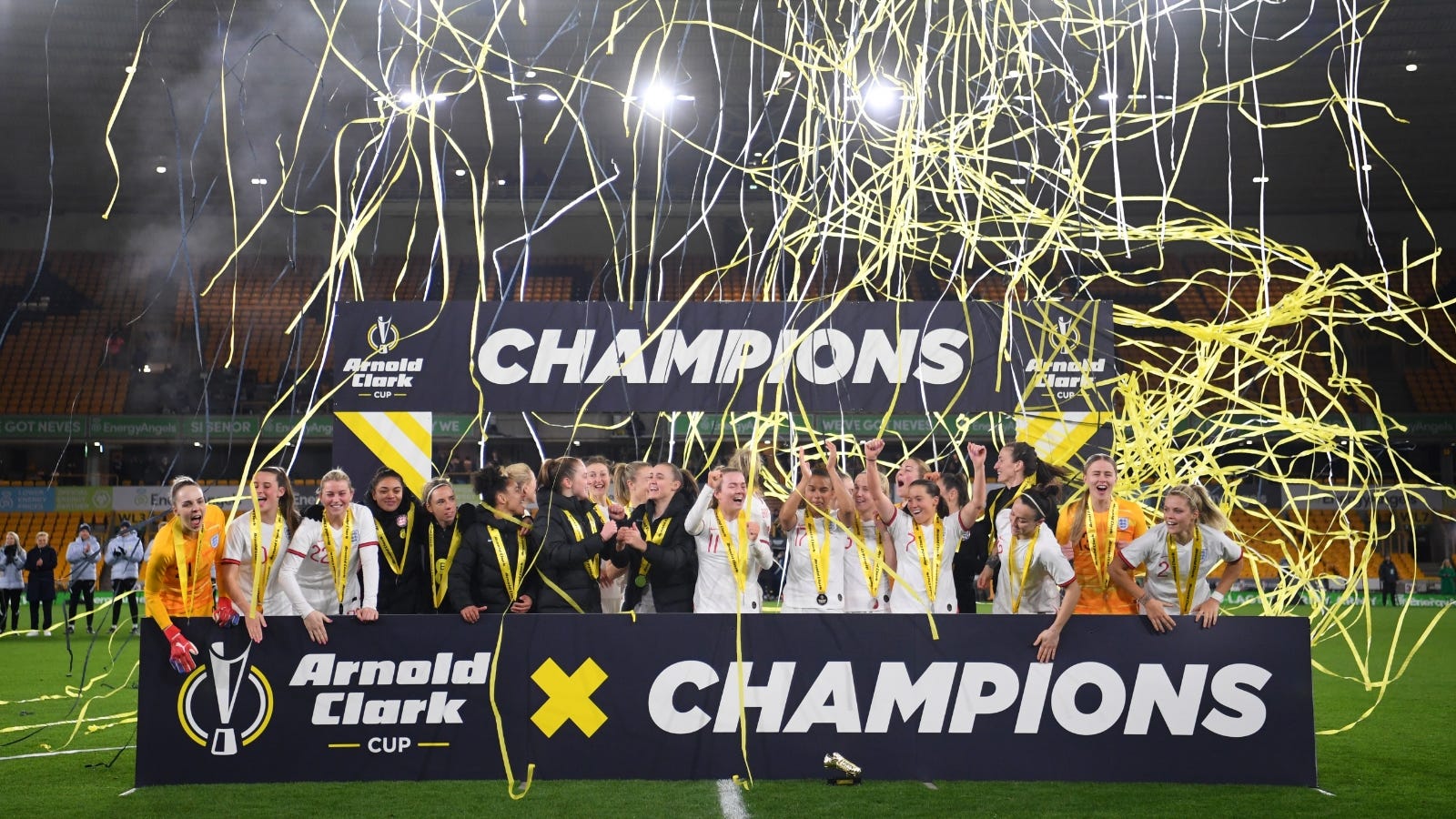 What fixtures do England Women have in 2022?

England's next scheduled fixture is the World Cup 2023 qualifier against Austria on September 3, 2022.

That is the first of the Lionesses' final two qualifying games, with the team well on track to secure their ticket to Australia and New Zealand.

There are also international breaks in October and November in which the Football Association will schedule friendlies for the national team as they look ahead to that World Cup.

In August, it was confirmed that England will face the U.S. women's national team, winners of the last two World Cup tournaments, at Wembley in October.

What do England need to qualify for the World Cup?

Wiegman's side are in pole position to qualify for next summer's tournament in Australia and New Zealand, without a single point dropped so far.

It's likely that it will be in September that their place will be confirmed, with the Lionesses set to take on Austria and then Luxembourg to round off the qualifying phase. They need just one point from those two games.