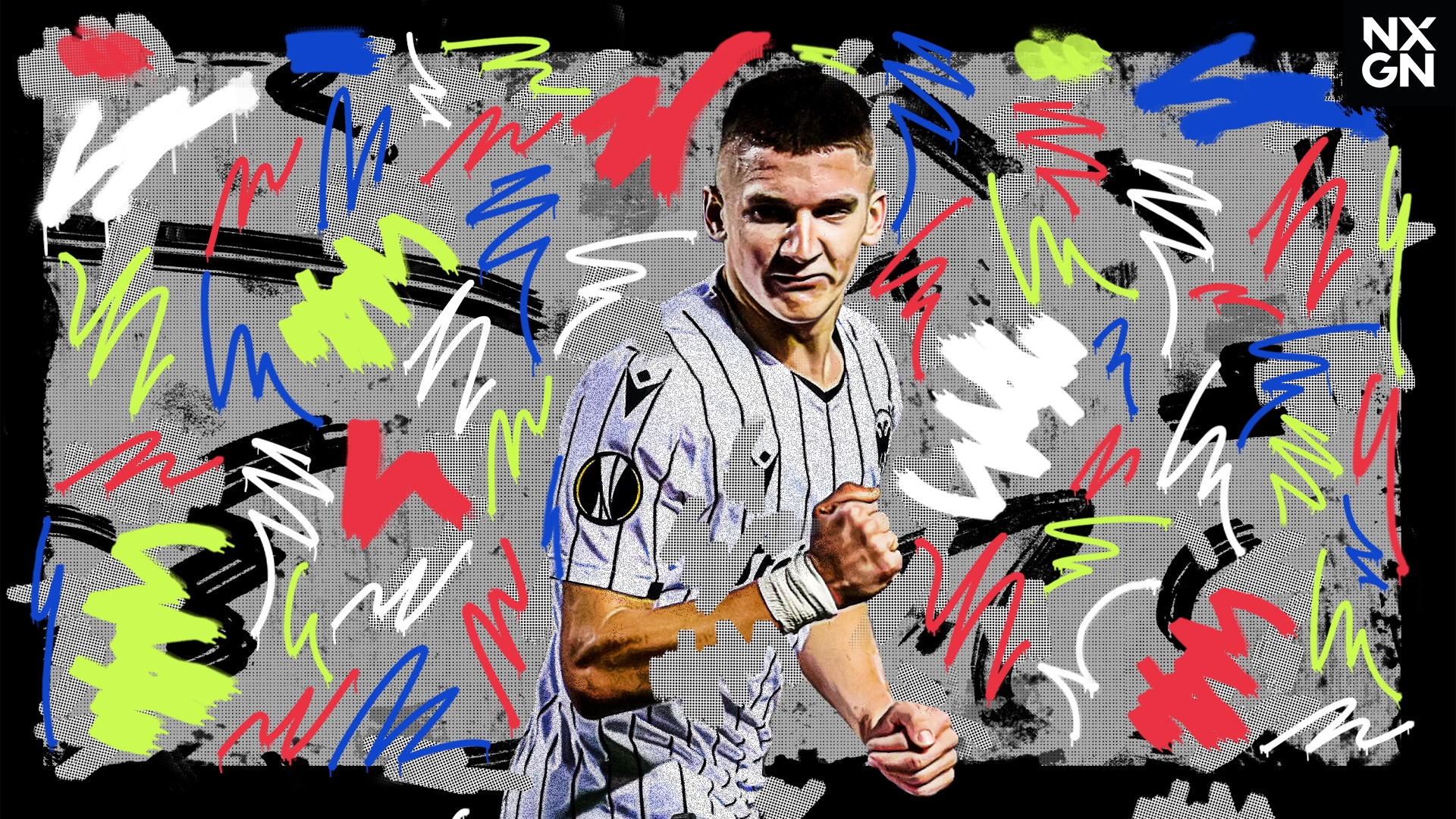 The 19-year-old has reached double figures for goals and assists this season, with Borussia Dortmund also reportedly keen on signing him this summer

Greek football, in terms of the international game, has not been in a good place for past several years.

Since reaching the knockout stages of the 2014 World Cup, the former European champions have seen their form plummet, with that run in Brazil marking the last time they reached a major tournament.

They have gone from being perennial qualifiers who, at times, broke into the top 10 of the world rankings, to playing in the third tier of the UEFA Nations League alongside Moldova and Kosovo.

Greece now rank 53rd in the world, and despite drawing with Spain in their opening World Cup qualifier on Thursday, reaching the finals in Qatar looks unlikely, with Sweden also in their group.

But while the present looks pretty miserable, there is hope that a new group of talented youngsters can lift the country's footballing fortunes over the next decade.

The leader of those potential gems is PAOK winger Christos Tzolis, a player who has already been nicknamed 'Golden Boy' by fans and media alike.

Despite only turning 19 in January, Tzolis already has six international caps to his name having debuted in October against Austria.

He ranks as the seventh-youngest player to ever represent the nation, and he backed that up by marking his second appearance with a goal against Cyprus in November.

That strike is one of 17 he has for club and country this season, with Tzolis emerging as one of Europe's hottest young marksmen after impressing both domestically, as well as in continental competition.

He also has 10 assists to his name, leading to the likes of Manchester United, Borussia Dortmund and Borussia Monchengladbach showing an interest in the teenager ahead of the summer transfer window.

"I am honoured that such big teams are being linked with me," Tzolis said in a recent interview with PAOK TV.

"I am a PAOK player. I'm looking to improve and I want the year to end as best I can."

Tzolis first joined PAOK as an eight-year-old in 2010, having spent the previous four years learning his craft with local village side Doxa Pentalofos.

He soon set about making a name for himself, with one particularly eye-catching performance coming for the club's Under-12s as they visited Barcelona's famed La Masia academy for a friendly encounter.

Though most onlookers expected the hosts to win comfortably, it was the Tzolis-inspired visitors who ran out 2-1 victors, with their star forward scoring a superb 20-yard strike for PAOK's opener.

It was not the last time he would catch the eye of the Catalans, either, as the Blaugrana reportedly considered an approach for Tzolis at the age of 13 after he scored 11 goals in five games at the prestigious Lennart Johansson Trophy academy competition.

"I have been working in Spain for years, and in their academies I have never seen a child with such killer instinct," Christodoulos Alexandrou, who oversaw Tzolis' original transition into PAOK's academy, told Greek radio station Metropolis 95.5.

"Scoring goals for him is easy, he has it in his DNA. He is a calm child who always had his feet on the ground."

Tzolis did eventually leave PAOK in 2016, but rather than via a transfer, he instead moved to Germany due to family circumstances, and spent two years playing for lower-league clubs before returning to Greece.

"He did not return from Germany in the best way, but PAOK took advantage of his situation and gave him the opportunity to show what he is today," Angel Zazopoulos, who coached Tzolis during his first three years at PAOK, told  Gazzetta.gr .

"He is one of the rare young players to have all the attributes he possesses. He will definitely have a good development in his football career."

Such form at youth level saw Tzolis called up to train with the first team in January 2020, but it was not until after the coronavirus-enforced shutdown that he was handed his debut, stepping off the bench in the closing stages of June's loss to Olympiacos.

As with his international career, his second senior appearance returned a goal, this time against OFI, though that proved to be his only strike in nine outings before the season was out.

But any concerns that he would struggle with the step up to the men's game were allayed in PAOK's opening game of the current campaign.

Though they eventually fell into the Europa League, their two-footed teen sensation - who largely plays off the left and has been compared to Timo Werner due to his pace and finishing ability - proved to be a menace in the continent's secondary club competition, as Tzolis scored three times and provided two assists during the group stages.

He has carried that form in 2021, where he has scored a goal every other game domestically since the turn of the year, and though winning the league is beyond PAOK, they have reached the semi-finals of the Greek Cup thanks to five goals in three matches from teenage talisman.

"At the beginning of the year, I did not expect anything like this," Tzolis said. "My goal was to get as many games as possible with the team.

"I thank the coaches for their trust, and for the goals, I want to thank my team-mates for the assists!"

Quite what happens at the end of the campaign for Tzolis remains to be seen. As well as top clubs in England and Germany, Belgian outfit Club Brugge have already reportedly failed with one bid and could re-visit the matter this summer.

Any interested club is likely to have to stump up around €20 million (£17m/$23.5m), with Tzolis' contract, which runs until 2024, not containing a release clause.

"I like the English league quite a lot," Tzolis told an online PAOK fan event in February when asked about his future. "The level is high, and I think the German league is at a very good level too. I would choose these two leagues (to play in next)."

Should he reach the very top level, then Greece would certainly have an attacking player to build a team around. Quite whether they could take advantage of that situation is another thing.

"When he matures, he will have a leading role," explained Zazopoulos. "The biggest issue regarding the development of young players who have such talent is that in Greece we have not found a way to use them."

Given Tzolis' potential, Greek football best start learning how best to utilise his talent, and fast.