The Ecuador midfielder has made a huge impact since breaking into the Seagulls' line up, and opened his Premier League account against the Red Devils

For any player, scoring that first Premier League goal is a momentous career landmark.

But young Brighton star Moises Caicedo had a little extra to celebrate on Saturday when he opened his English top-flight tally.

Not only did the Ecuador international score against giants Manchester United with a sweet strike from range, but his first-half goal also set the Seagulls on their way to an historic 4-0 drubbing at the Amex Stadium.

If all that were not enough, Caicedo also had another, more personal motive for enjoying his maiden strike: finally showing United what they were missing over a year after seeing his touted move to Old Trafford fall through.

The Red Devils were close to signing Caicedo in the 2021 winter transfer window, only to desist from negotiations that, according to reports and for unstated motives, turned into a “clusterfu*k.”

Their loss was Brighton's gain, as the south-coast outfit swooped to complete a deal worth a reported £5 million ($7m), a veritable bargain for a player already capped at senior level by Ecuador and spearheading their ultimately successful World Cup qualification bid with his swashbuckling performances in midfield.

"THROUGH THE LEGS OF VICTOR LINDELOF" 😬

Moisés Caicedo gets his first Brighton goal to put them 1-0 up against Manchester United! pic.twitter.com/aYgok6kF8y

Moises Caicedo hits it from distance to give Brighton a 1-0 lead at the AmEx!

To be fair to those charged with United's wheeling and dealing, for all of their transfer missteps in recent seasons, it is likely that Caicedo's development may not have been so impressive if he were forced to compete for a spot in the Old Trafford engine room.

Even at Brighton, he had to bide his time before receiving his opportunity, finishing the 2020-21 in the Seagulls' Under-23 side and subsequently going on loan to Belgium's KV Beerschot before Graham Potter decided he was ready to step up to the first team at the start of 2022.

The 20-year-old was in no mood to squander his chance. He marked his Premier League debut by assisting Enock Mwepu in April's 2-1 victory over Arsenal, and has started every game since, helping Brighton to four wins and a solitary defeat at the hands of Manchester City in that six-match period.

It is usually futile to speculate over just how much of a difference a single player can make, but when one takes into account that in the seven matches before Caicedo broke into the first team the Seagulls had lost six and managed just one point from a possible 21, it is safe to say that he has had a positive impact at the Amex Stadium.

“I think he must think the Premier League’s easy because of his results, and we’ve been fantastic since he’s been in there,” Potter beamed to reporters after Saturday's victory when asked about Caicedo.

"He’s a humble guy, fantastic boy, and we’re so happy for him. He’s a good young player and I’m sure he’s got lots of people looking at him so we’re delighted that we’ve got him. 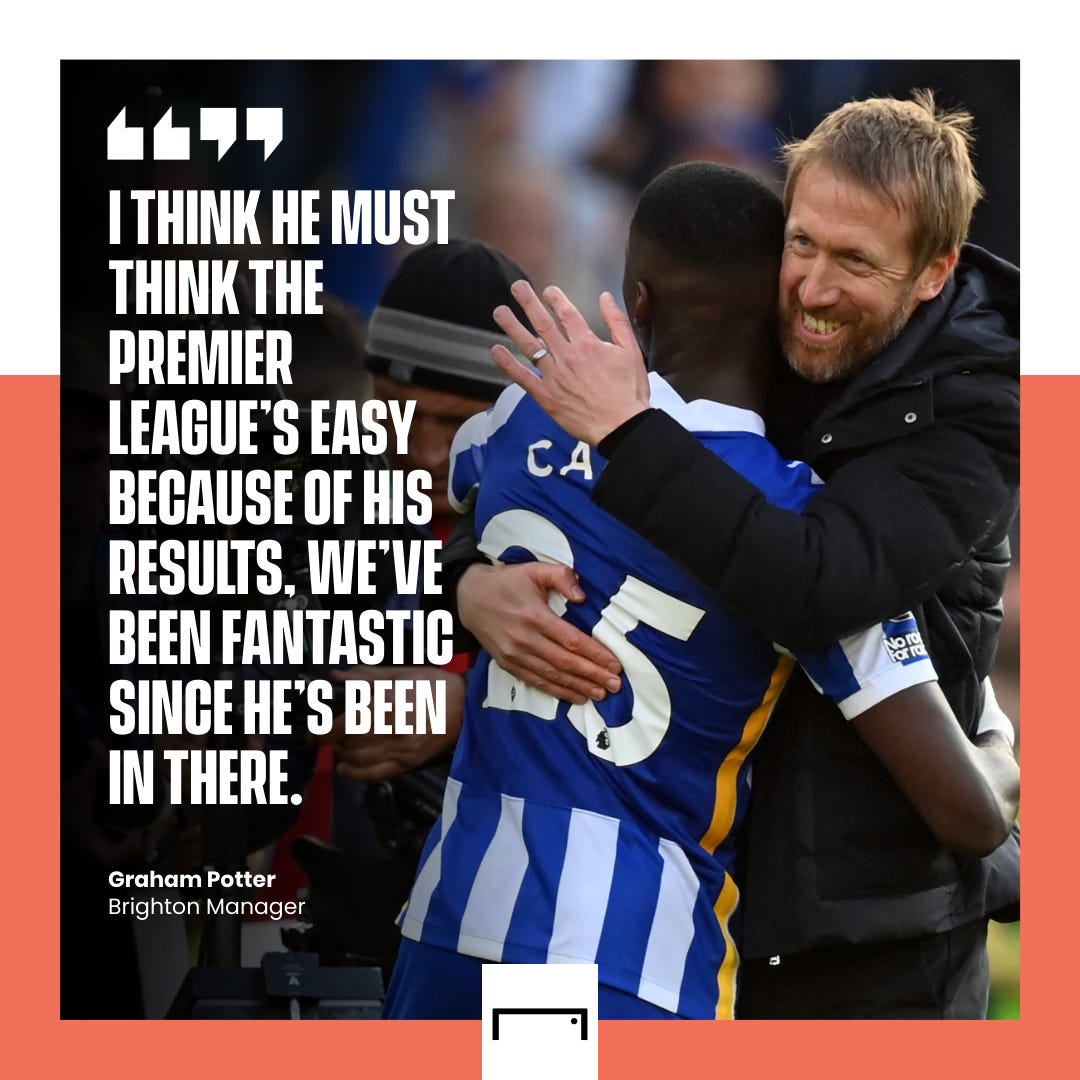 "You can see his quality, he’s going to get better and better.”

Comfortable in possession, proficient both attacking and without the ball and blessed with a wicked shot that will make any goalkeeper think when he squares up from distance, Caicedo certainly looks like he is here to stay in the Premier League.

The big challenge for the youngster, though, lies a little further down the road, in Qatar. 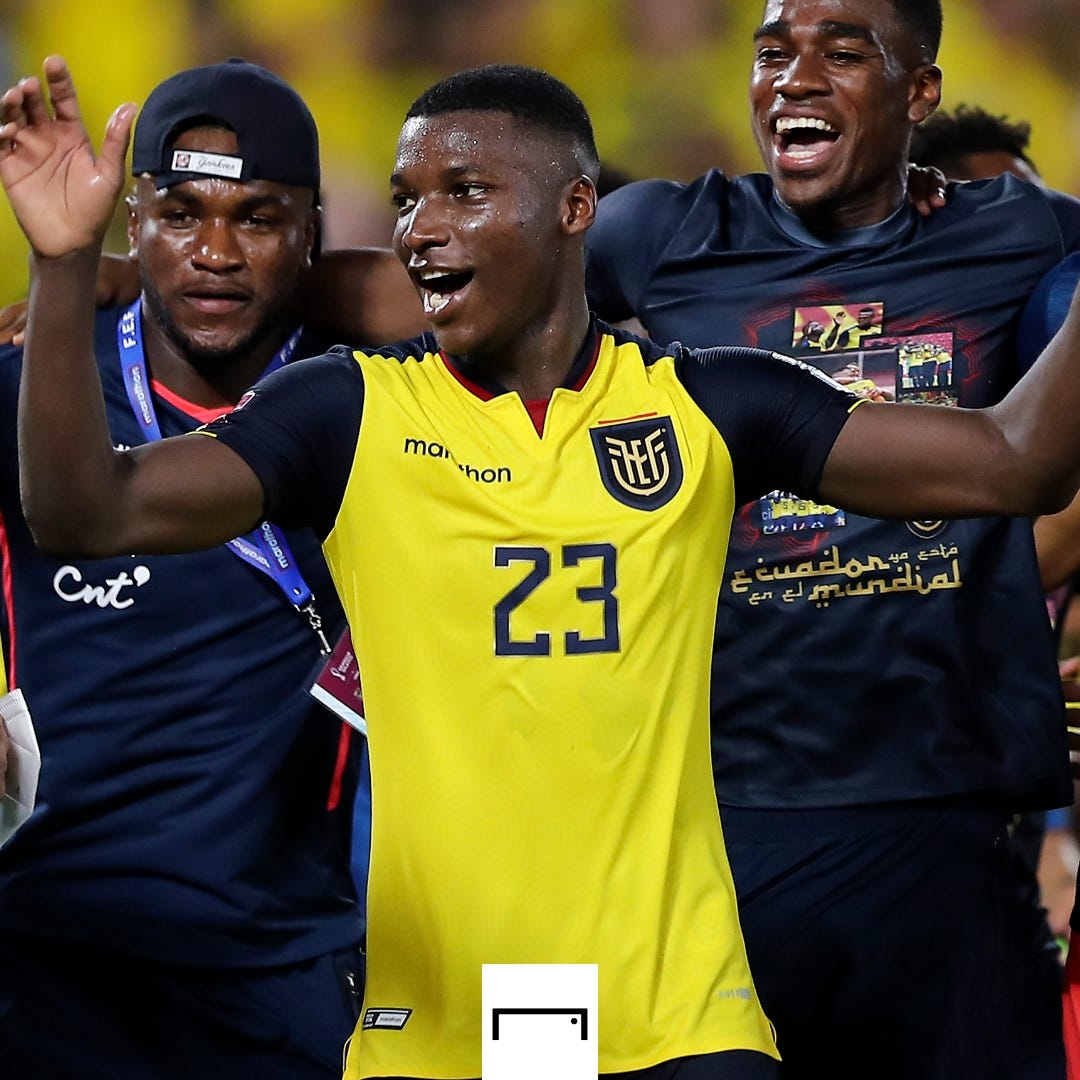 Ecuador are back at the World Cup for the first time since 2010 thanks in large part to their hyper-pragmatic Argentine manager Gustavo Alfaro, who shored up a side that was talented yet inconsistent and prone to collapse.

The ex-Boca Juniors boss also did a large part in bringing through a new generation of stars, handing debuts to the likes of Caicedo and Brighton team-mate Jeremy Sarmiento, while also making youngsters such as Angelo Preciado, Pervis Estupinan, Alan Franco and Gonzalo Plata the backbone of his side.

Many, like Caicedo, are veterans of Independiente del Valle's youth ranks, one of the most prolific producers of talent anywhere in South America in recent years.

Caicedo's presence will be key for the Tricolor as they look to advance from a World Cup group which, while by no means easy, appears to give them a decent chance to make the last 16 ahead of Qatar and Senegal while competing at the top with the Netherlands.

For that reason, Ecuador coach Alfaro is likely just as pleased as Potter to see his gem take on the Premier League's best and succeed, in what should be the first step on the way to a superb career in the English top flight for an all-action midfielder who could prove, along with his nation, to be one of the surprise packages of Qatar 2022.