Goal takes a look at how Sarri's attacking philosophy will impact Chelsea's style of play, for better or for worse

Chelsea embarked on a new era under Maurizio Sarri, but his side haven't quite managed to truly grasp the 'Sarriball' football philosophy.

The Blues started their season off strongly, only registering their first defeat of the league campaign in late November against Tottenham. Ever since the turn of the year, however, things at Stamford Bridge have gone pear-shaped – epitomised by a 6-0 annihilation by Manchester City, losing the League Cup final to the same opponents and languishing in sixth in the table.

But what exactly is 'Sarriball', and where did it start to go wrong for Sarri? Goal has all the details.

The concept of 'Sarriball' – or 'Sarrismo' – is essentially a fast-paced, possession-based style of attacking football often likened to a vertical tiki-taka . Much like the style of play made famous by Pep Guardiola during his reign at Barcelona, Sarriball features short and quick passes designed to move play as far up the pitch as quickly as possible.

The new Chelsea boss builds upon this method through pushing the ball out from his back-line, and depends heavily on his defenders holding possession to begin the first instance of attacking threat. Sarri's defenders are the first instigators of the attack – as seen through his use of defender Kalidou Koulibaly at Napoli last season, whose passing and ball control was integral to the Italian side's push for the title.

Essentially, Sarriball is a method of high-pressing play (though not to be confused with Jurgen Klopp's gegenpressing) that forces defenders into making mistakes, which are then punished by the attack.

The Serie A side emerged from the campaign with more shots on target, chances created and passes but it was, ultimately, their inexperience that pulled them short. Juventus' veteran status in winning the Scudetto – last season's win was their seventh successive victory in a row – was Sarri's downfall.

The Italian manager favours using a 4-3-3 lineup instead of using a three-man central defence as a springboard. Midfielder Jorginho – so integral to Sarri's plans for Napoli that he followed the boss to Stamford Bridge – was deployed deeper from the pitch to collect the ball, used to seamlessly shift play between defence and midfield .

Sarri also prefers to deploy his attack from the left flank, his players on that side in control of ball possession while his players based on the right-hand side of the pitch mirror their movements.

Smooth and seamless passing between midfielders to intimidate opposition defenders is a trademark of Sarri's style of play, which in turn forces the back-line to attack the ball – leading to more spaces being opened for the attackers to capitalise on, roam freely in and go for the jugular.

Recent results, however, have shown that the Chelsea team haven't adopted Sarriball quite so seamlessly. Sarri is known for being persistent with his tactical choices, always intent on selecting Jorginho as his base midfielder to allow N'Golo Kante more freedom to roam further forward. 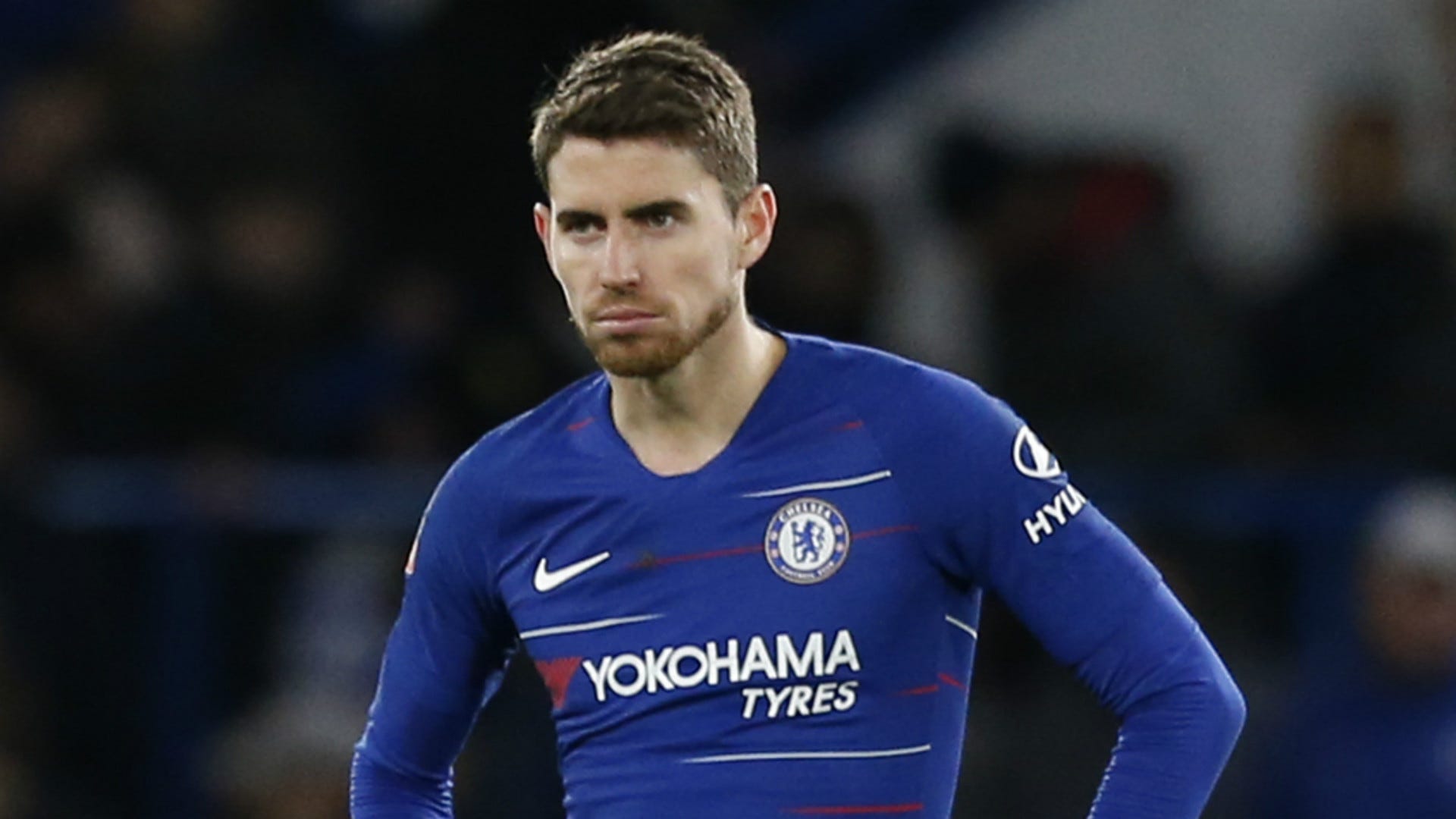 The Italian also seems to show huge resistance and reluctance to deviate from his preferred tactics, which has been the point of criticism from a large portion of the Chelsea fanbase.

Jorginho, thought to be playing an instrumental part in Sarri's new Chelsea side, has been considered a disappointment following his £57m (€65m/$86m) transfer. Sarri's stubbornness with not wanting to alter his midfield is the source of his problems at Stamford Bridge.

Jorginho's cleverness on the ball but tendency to pass from the base of midfield has become a source of vulnerability for Chelsea. Since Jorginho is at the heart of midfield, it has become easy for opposition teams to man-mark him and foil the Blues attacking plans.

The Italy international's effectiveness as a defensive midfielder and inability to prevent the chance of an opposition counter is what sets him apart from team-mate Kante. The Frenchman – perhaps the best defensive midfielder in the world – has been deployed further up front by Sarri in a bizarre and counter-productive move. Simply swapping Kante and Jorginho's positions could be the fix that Sarri needs to implement.

Moreover, inconsistency and a lack of fluidity in the midfield causes the Chelsea back-line to panic. The arrival of Gonzalo Higuain provided momentary relief when the Argentine scored twice against Huddersfield and showed glimpses of true 'Sarriball'. Further reinforcement backed by Roman Abramovich is unlikely, however, since the clock appears to be ticking on Sarri's time at the Bridge.

Blues fans seem to have lost patience with Sarriball as well, and were heard chanting 'F*** Sarriball' during Chelsea's woeful 2-0 FA Cup loss to Manchester United in February that booted them out of the competition.

When asked about the concept of Sarriball and whether or not a tactical overhaul is in order, the Chelsea coach stated he didn't even know what it was.

"I don't know the meaning of Sarriball," he told reporters . "As I said in England on the first day, I don't know what Sarriball is.

"I think it's from a journal. In Italy, I think. I have never heard it.

"I don't know [if it would be easier without the label]. I think that, in the end, the most important things are the results. In my job, I need the result. Nothing else."

How are Sarri's tactic different from Conte's? 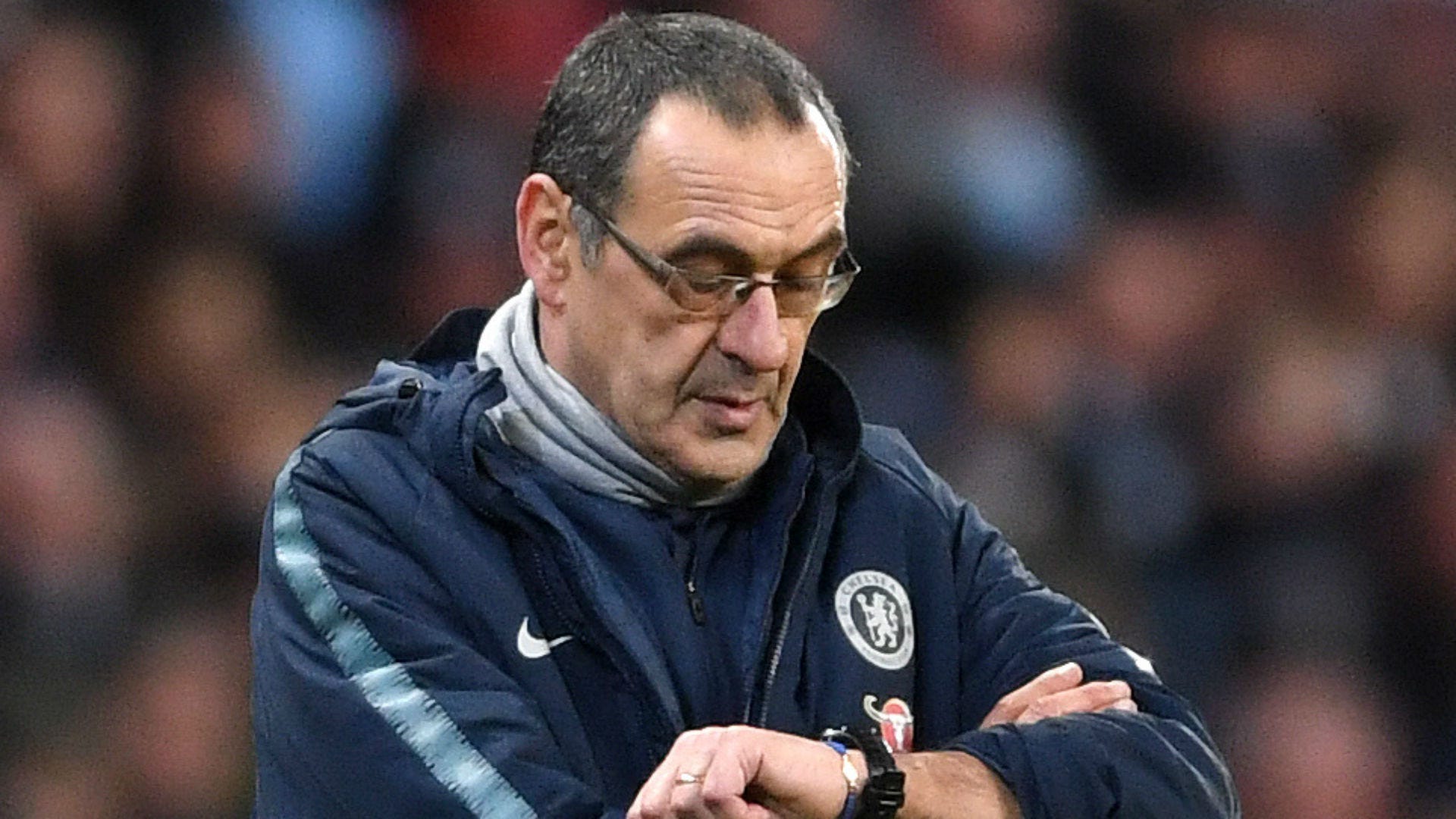 Whereas Conte instilled defensive lineups and shapes into his Chelsea team, it is an attacking mindset that Sarri has been trying to implement.

The biggest change to Chelsea's system will be Sarri shifting the defensive line to a back four, essentially usurping Conte's more evenly favoured lineup. Cesar Azpilicueta has took on full-back duties, while Marcos Alonso and Davide Zappacosta had their positions re-jigged.

Sarriball requires just as much tactical preparation as it does physical – and Sarri's players continue to face a test against time in order to be affiliated with the new attacking philosophy.