Pep Guardiola's former assistant at Barcelona, Domenec Torrent, recently claimed that Lionel Messi was such an intelligent footballer that, "in a few years, he could play like Xavi if he wanted to."

In truth, Messi is already playing like Xavi, at least in terms of prising open defences with precision passing.

On Saturday, in a rather forgettable 1-0 win at Real Valladolid, the Argentine did something truly memorable.

In slipping Arturo Vidal through to score the only goal of the game, Messi became the first player to reach 20 assists in a Liga season since Xavi in 2008-09.

Think about that for a second: Messi has just matched a mark set by arguably the greatest passing midfielder of all time.

And in doing so, he also became the only player other than Arsenal legend Thierry Henry in 2002-03 to both score and create 20 goals in a single campaign across Europe's 'Big Five' leagues.

It merely adds validity to Gary Lineker's claim that Messi wasn't just the best goalscorer the game had ever seen, but also its best passer.

Of course, despite the 33-year-old's heroics, Barcelona look set to hand over their Liga crown to Real Madrid.

They may have closed to within a point of the table-toppers with victory at Valladolid but, in truth, the game merely underlined why the Blaugrana have gone from leading the way to playing catch-up over the past fortnight.

Messi's moment of magic aside, there was once again little to get excited about from a Barcelona perspective. They played only in patches, lacked energy in the second half and looked shaky at the back. 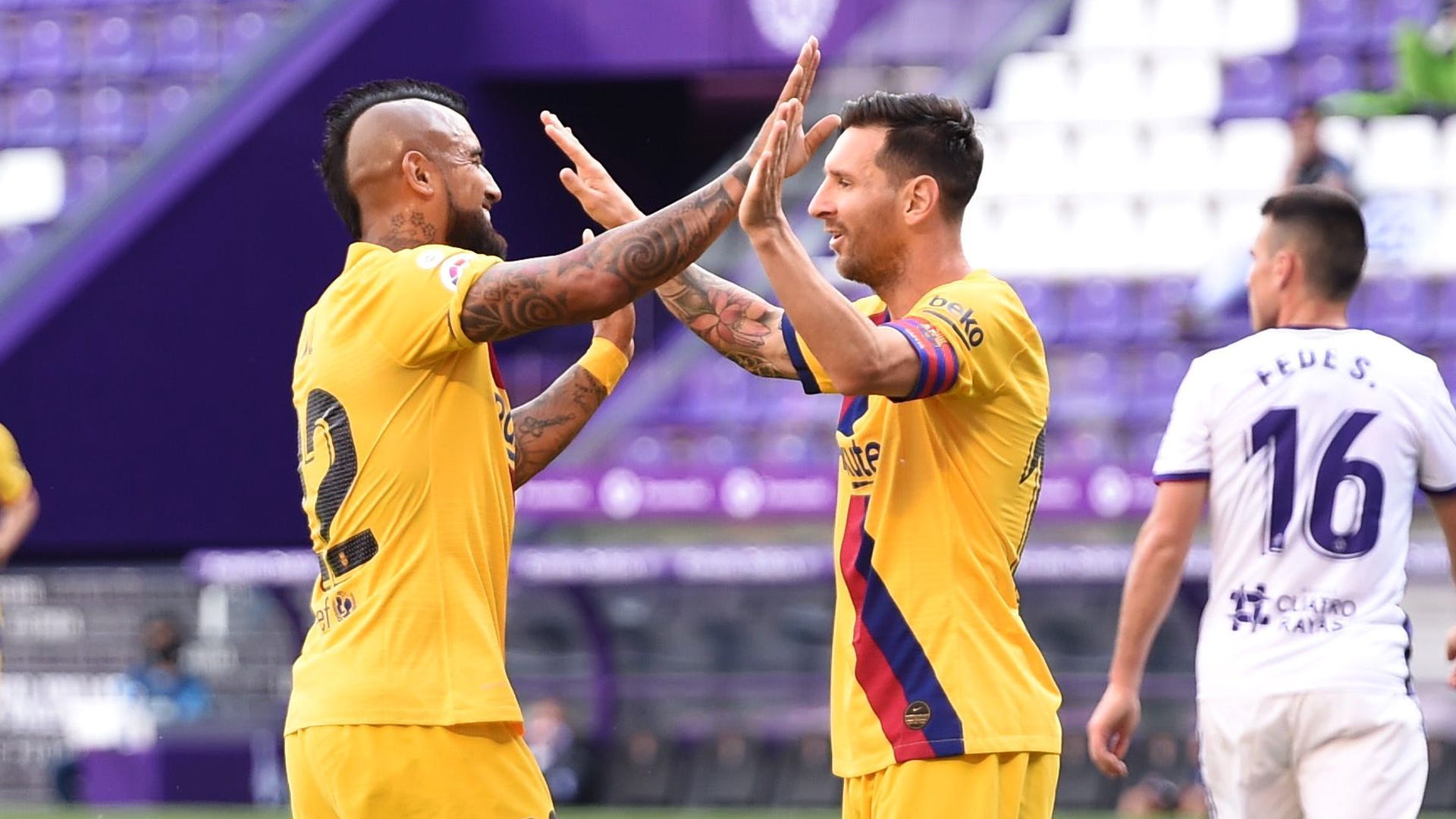 In fairness to under-fire coach Quique Setien, he at least tried to mix things up by starting the game with a three-man defence, and Riqui Puig starting in midfield.

The visitors began brightly, too, and were good value for their 15th-minute lead, which came courtesy of Vidal's sweet strike from Messi's pass into the area.

However, with Valladolid regularly doubling – and even trebling – up on Messi at every opportunity, and Antoine Griezmann continuing to struggle to make his presence felt up front, Barca were again indebted to goalkeeper Marc-Andre ter Stegen for getting them out of trouble with a couple of big saves.

In truth, Barca, in their current guise, look like a side with as much chance of winning La Liga as they do the Champions League.

Playing like this, the Catalans will struggle to see off their resurgent last-16 opponents Napoli, let alone get the better of a brilliant Bayern Munich side in the quarters.

Of course, with Messi, anything remains possible. He can do anything he sets his mind to and has been dropping deeper and deeper in recent seasons to try to inspire a side so evidently in decline.

As Xavi himself once said, "Leo is a player who, if you convince him, he can even be a brilliant defender."

That might be pushing it a tad but what we do know after Saturday's game at Valladolid is that Messi can definitely be a brilliant midfielder.

He's certainly as good at creating goals as his former team-mate. Now he even has the record to prove it.