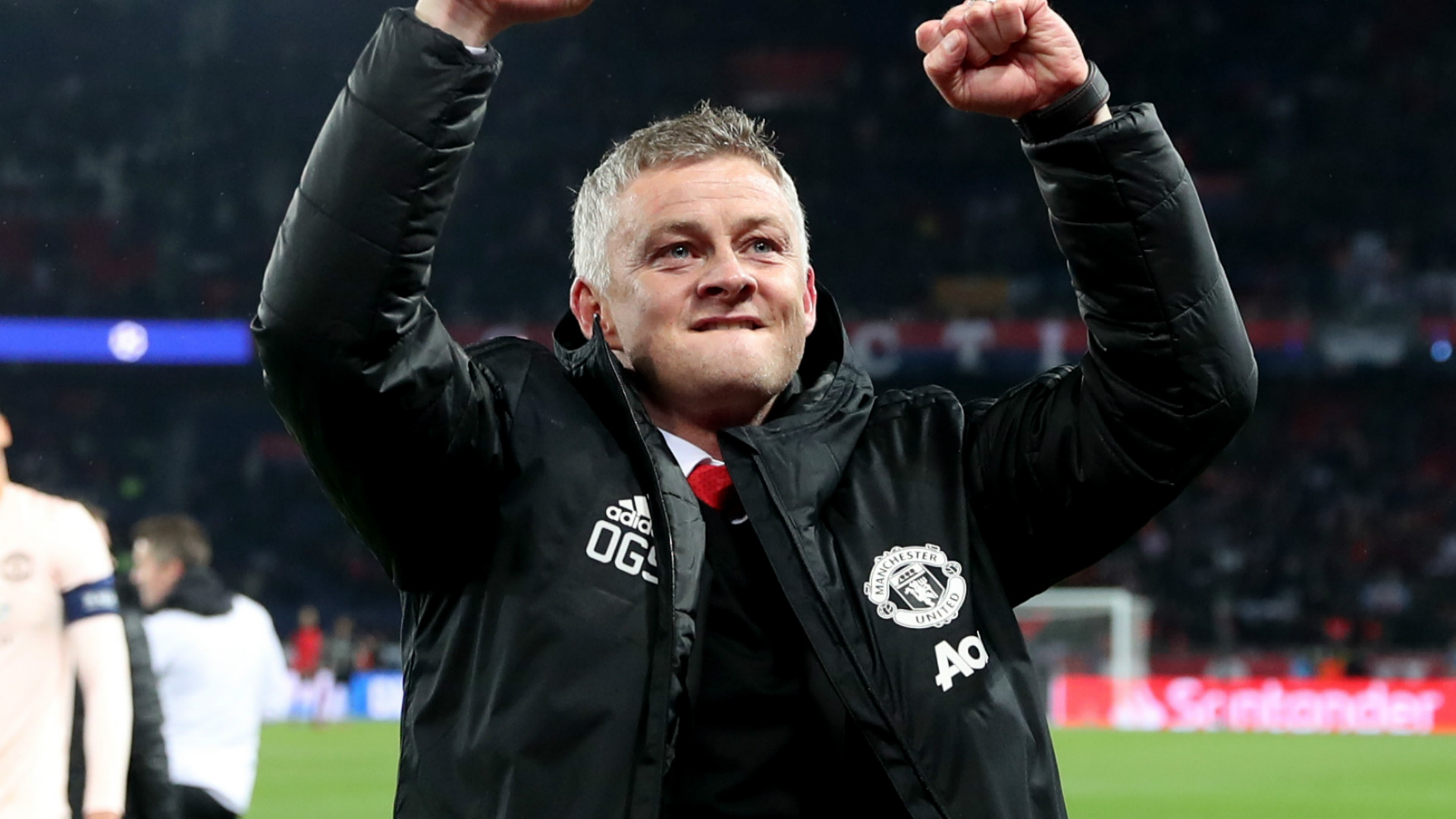 One of the things which stood out during the closing stages of Manchester United’s improbable – yet highly typical – Champions League comeback against Paris Saint-Germain last month was the sight of homegrown prospects Tahith Chong and Mason Greenwood entering the field with the result still in the balance.

You might expect – with the stakes so high – that the manager Ole Gunnar Solskjaer would opt to persist with the XI he had on the field, especially considering the inexperience on the bench due to the scale of United’s injury and suspension problems.

But United had nothing to lose and everything to gain by blooding Chong and Greenwood. It is, after all, the United way. It gets right to the heart of the identity of the club. If you’re good enough, you’re old enough. It is only by testing young players in such circumstances that assessments can be made.

The proud tradition this club has of producing young players – from the days before Sir Matt Busby through Sir Alex Ferguson’s reign right up to the present – is one of the proudest emblems it’s got. And it is back front and centre with Solskjaer in charge.

It might be difficult to pin down the philosophy of the club beyond a feeling or a desire to get things done in the way Sir Alex might have done them. But it’s something that doesn’t need naming, so long as you’ve got someone who understands it.

“They weren’t really a team where you’ve got to wait until you’re 18 or 19 so you can start playing in the first team,” says Febian Brandy, who was at United from the age of eight to 21.

“There was a time I trained with the first team when I was 15 at one stage. It gives the players no limit to when they can be a first-team player. If you keep working hard, you just never know when you’ll get called up."

Brandy played under Solskjaer during his reign as United’s reserve team manager from 2008 to 2010. Solskjaer, he says, understood his place in the United traditions.

He carried with him the behaviours and attitudes of Ferguson’s teams, the teams which came to define the modern era not only of Manchester United but English football itself.

“My time at Man United we had the likes of Rio [Ferdinand], Gary Neville, [Edwin] Van der Sar, [Paul] Scholesy, Ole, [Nemanja] Vidic, the list goes on. We knew what these guys were like.

“We’d see them week in, week out, we’d see how they conducted themselves on the pitch, we’d see when they’d won the Premier League or they’d won the Champions League, they’re not big-headed or anything like that.

“We’ve won the Champions League, we’ll celebrate a little bit but then, it’s straight back to work.

“Me being at Man United as long as I was, I’d see that constantly, every season. Their attitude embedded in me and the other players there. We had a strong dressing room and they kept us all in line.

“At the same time, if you need any advice, you could talk to them about anything. They were all like big brothers to us; they all looked out for us whenever we needed it.”

It’s that pathway that has produced not only the 'Class of 92' but also today’s stars like Jesse Lingard, Paul Pogba and Marcus Rashford.

“You never went in there thinking: 'This is my job',” says Brandy. “You always went there to enjoy yourself and express yourself. There’s a level of relaxation and it’s chilled out.

“Obviously, there’s pressure to get into the first team, but the coaches don’t really put that pressure on you. They let the players express themselves and move naturally.

"That way you can get the best out of players and that’s been key to why United have had so many players from the academy go to the first team.

“They’ve had good coaches who know how to let players from whatever age express themselves. It’s key for them to get into the first team.

“When players realise they’ve got that kind of freedom at a club, that’s where Man United get the best of them. Down the years it’s worked for them.

“With United, if someone’s got an idea from the academy, then one of the coaches from the first team might take that idea. Then they all kind of bounce off each other. That’s been crucial.

“Jesse and Pogba are the next batch of the core to be those type of players at Man United like the Rios, the Vidics, the Gaz Nevs when I was there. They’ve had that before.

With a functioning youth system such as United’s, it is vital to have a first-team coach who understands the need to bring players through and to build on the existing traditions of all that has gone before.

“The managers that have been in there, Ole‘s not had the level of CV they’ve had, but he knows the club more than them.

Results may have come unstuck in recent weeks – with three losses in four games – but there is no doubt that Solskjaer has got United back on track, both in the Champions League, where they will play Barcelona on Wednesday night, and in the Premier League, where they are firmly back in the top four hunt.

Players had grown weary under previous manager Jose Mourinho, with the likes of Pogba and Anthony Martial in particular finding their form since the change in the dugout in December.

“I’m not saying you let players do what they want or anything like that; it’s just about being a people person and knowing how to man-manage people in different ways.

“If I came in training, upset for whatever reason or a little bit down, Ole would just look at me and say: 'What’s up?' And I’d say: 'Nothing.' And then he’d probably make a joke. And whatever was bothering me was gone.

“I’d go out and train and I’d have a very good training session, just from him saying those little words. It’s hard to describe but he’s just such a good person, a people person, a good guy and a good manager.

If there has been a criticism of Solskjaer during this spell of poor results it is that on the tactical front he has been found wanting. And while he may not yet boast the tactical reputation of a Pep Guardiola or a Mauricio Pochettino, Solskjaer’s strengths lie elsewhere.

“It wasn’t complicated at all,” Brandy says of the Norwegian's approach. “We would do our shape building up to the games. The talks would be short and sharp; he’s calm and collected.

"It’s like he has the ability to see the game before it’s played.”

The Barcelona games will mark out Solskjaer’s biggest challenge as manager to date, with Lionel Messi lying in wait. However, United can have reason to feel more confident with the new manager at the wheel, fresh from being appointed on a permanent basis following the PSG heroics.

“You can see a change since Ole’s come in, from the previous managers who’ve been at Man United,” says Brandy.

“You can see the difference in the play, in the players’ attitude. It’s the same as when Sir Alex was there. Man United, they are getting that fear factor back into Old Trafford from that attacking football.

“Everyone is happy in there, they feel relaxed and they can express themselves. You can see the proof on the pitch, with the performances and how the players are.”

Febian Brandy is the co-creator of Skouted – the social network that bridges the gap between aspiring players and clubs, levelling the playing field for the football industry.