Pep Guardiola's managerial career went off to a flying start back in the 2008-09 season as he won every single trophy in his first season in charge of FC Barcelona. The Catalan club won the treble for the first time in the club's history under the Spanish manager.

The Spaniard went on to win one more Champions League with Barcelona and bagged three league titles.

When did Pep Guardiola last win the Champions League?

Guardiola's second and the last Champions League triumph came in the 2010-11 season with Barcelona when they beat Manchester United in the final.

Clubbed in Group D alongside FC Copenhagen, Rubin Kazan and Panathinaikos, the Catalan club reached the knockout stage unbeaten. In the round of 16 they defeated Arsenal 4-3 on aggregate and then beat Shakhtar Donetsk 6-1 over two legs in the quarterfinal and Real Madrid 3-1 in the semifinal.

The final saw Barcelona clashing with Manchester United in what was a repeat of the 2008/09 final. Once again Guardiola triumphed over Sir Alex Ferguson's men this time beating them 3-1. 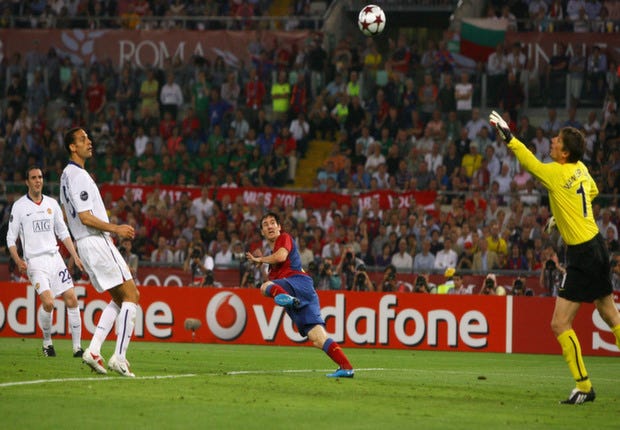 How have Pep Guardiola's teams performed in the Champions League?

Since leaving Barcelona, Guardiola has never been able to win the Champions League again despite managing teams like Bayern Munich and Manchester City so far.

Bayern Munich crashed out of the semifinal in all the three seasons he managed the German side and Manchester City so far have been knocked out from the quarterfinal thrice, round of 16 on one occasion. They reached the final last season but lost to Chelsea 1-0 and this season, they lost to Real Madrid despite having a two-goal lead on aggregate till the 90th minute in the second leg.

It remains to be seen when Guardiola might finally break 11-year Champions League jinx.