The 35-year-old will depart the Spanish capital at the end of the month after a trophy-laden spell....

After spending 16 years at Real Madrid, the legendary Sergio Ramos is set to leaving the Los Blancos, the club confirmed on Wednesday.

The club have already announced a press conference will be held on Thursday to bid farewell to the veteran defender.

The 35-year-old is leaving Santiago Bernabeu after a remarkable and trophy-laden spell at the club. The club captain joined Real Madrid in 2005 from Sevilla and played over 670 games for the club and won five Liga titles and the Champions League four times.

It is not yet known where Ramos will move to. Manchester United and Paris Saint-Germain have both been linked, but he could still stay in La Liga as his former team, Sevilla, are also said to have offered him a five-year deal.

As an era comes to an end, let's take a look at five iconic moments of Sergio Ramos in a Real Madrid shirt. 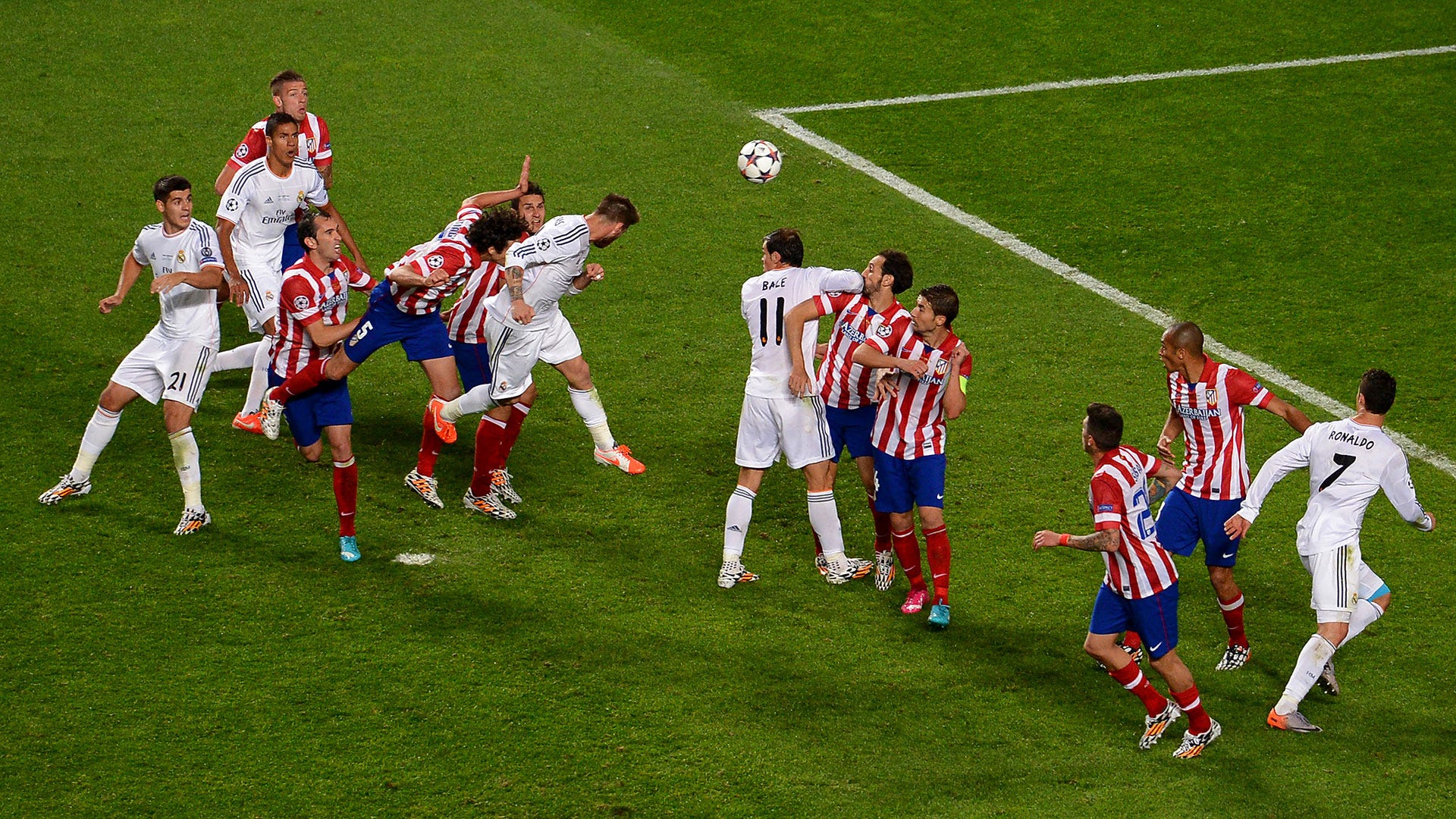 In the 2014 Champions League final, Real Madrid were staring down the barrell with cross-town rivals Atletico Madrid leading 1-0 with the match heading into injury time.

Real Madrid were chasing the elusive La Decima and were ever desperate for a lifeline. And it arrived in the form of Sergio Ramos. It was Luka Modric who found Ramos with a corner for the defender's epic equaliser against Atletico after 92 minutes and 48 seconds in Lisbon, which forced extra-time.

And in extra time, Los Blancos went on to win it 4-1 and claim their 10th Champions League title. 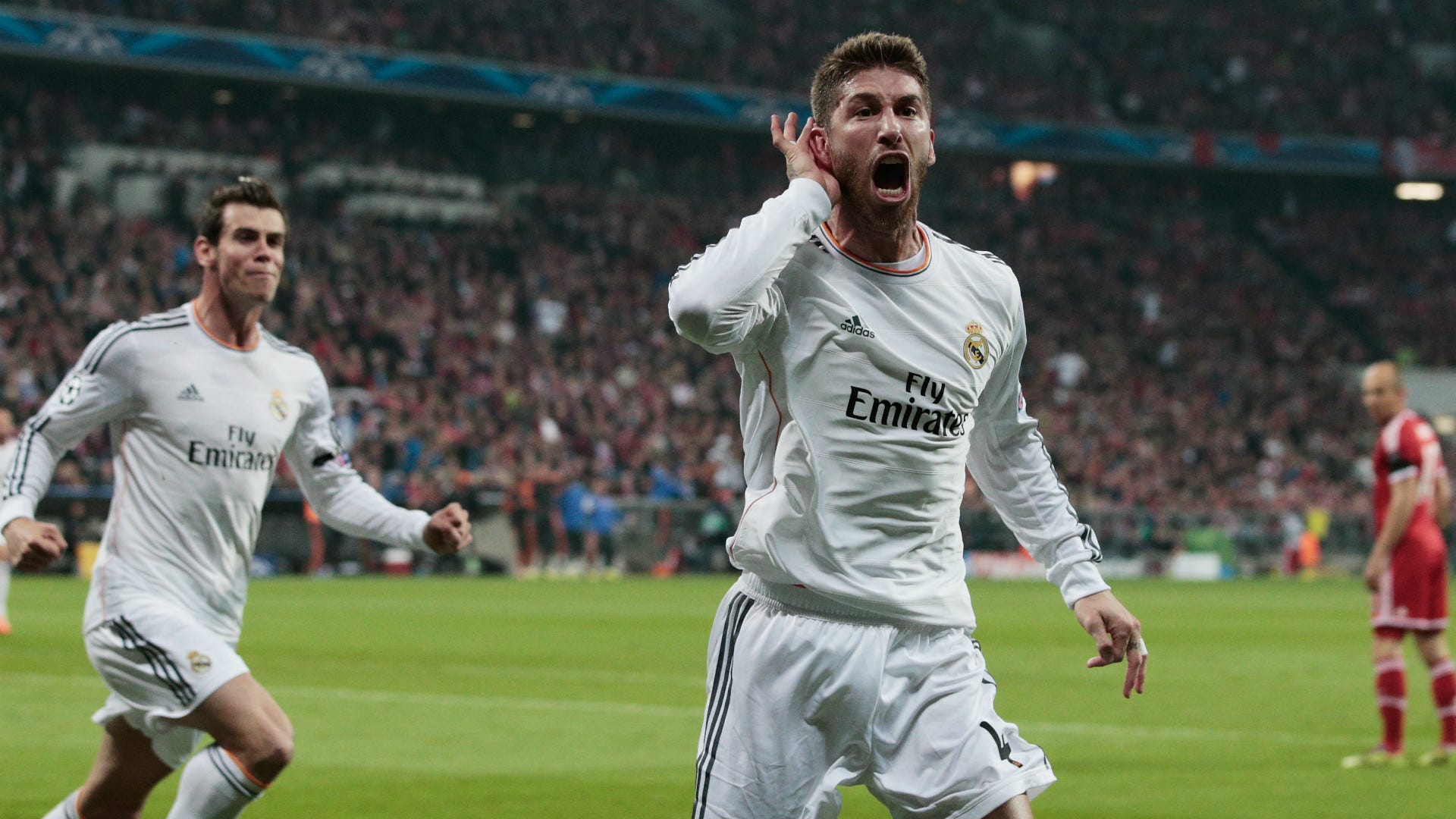 Before Real Madrid got to the final, they had a really tough task at hand in the form of defending champions Bayern Munich.

Real would go on to reach the final, beating Bayern Munich 4-0 at the Allianz Arena (and 5-0 on aggregate). But having taken a slender 1-0 lead to Germany, it was Ramos who scored twice to give Madrid the upper hand before Cristiano Ronaldo added two more in a memorable victory. 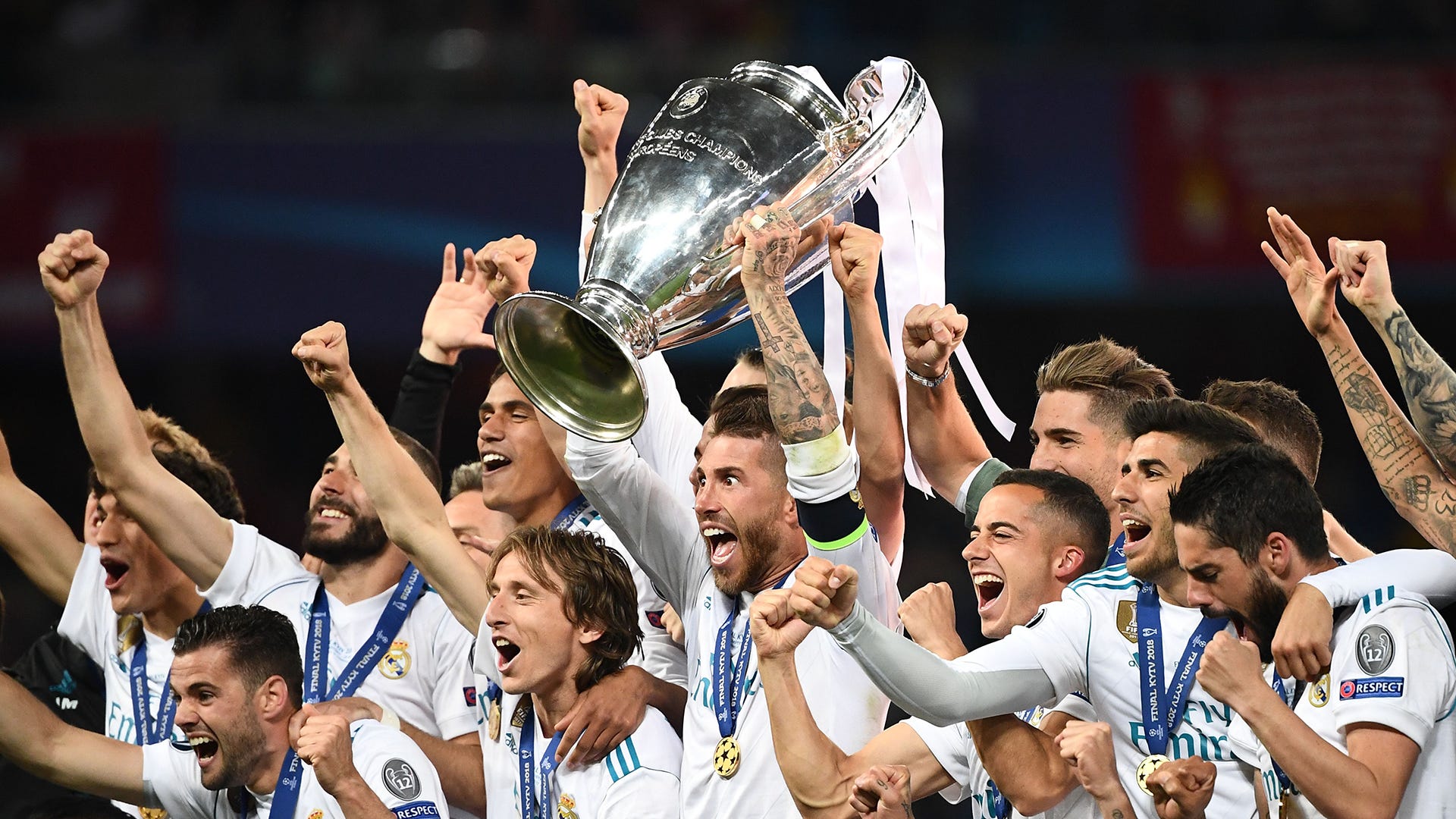 The 2018 Champions League final in Kyiv saw Sergio Ramos establish himself in the folklore of legendary leaders. In 2017, he had become the first captain to lead his club to two straight Champions League victories.

In 2018, Ramos did the unthinkable by leading Real Madrid to three straight continental crowns - a feat unheard of in football before. Ramos led with aplomb as Real Madrid overcame Liverpool 3-1, courtesy of goals by Gareth Bale and Karim Benzema. 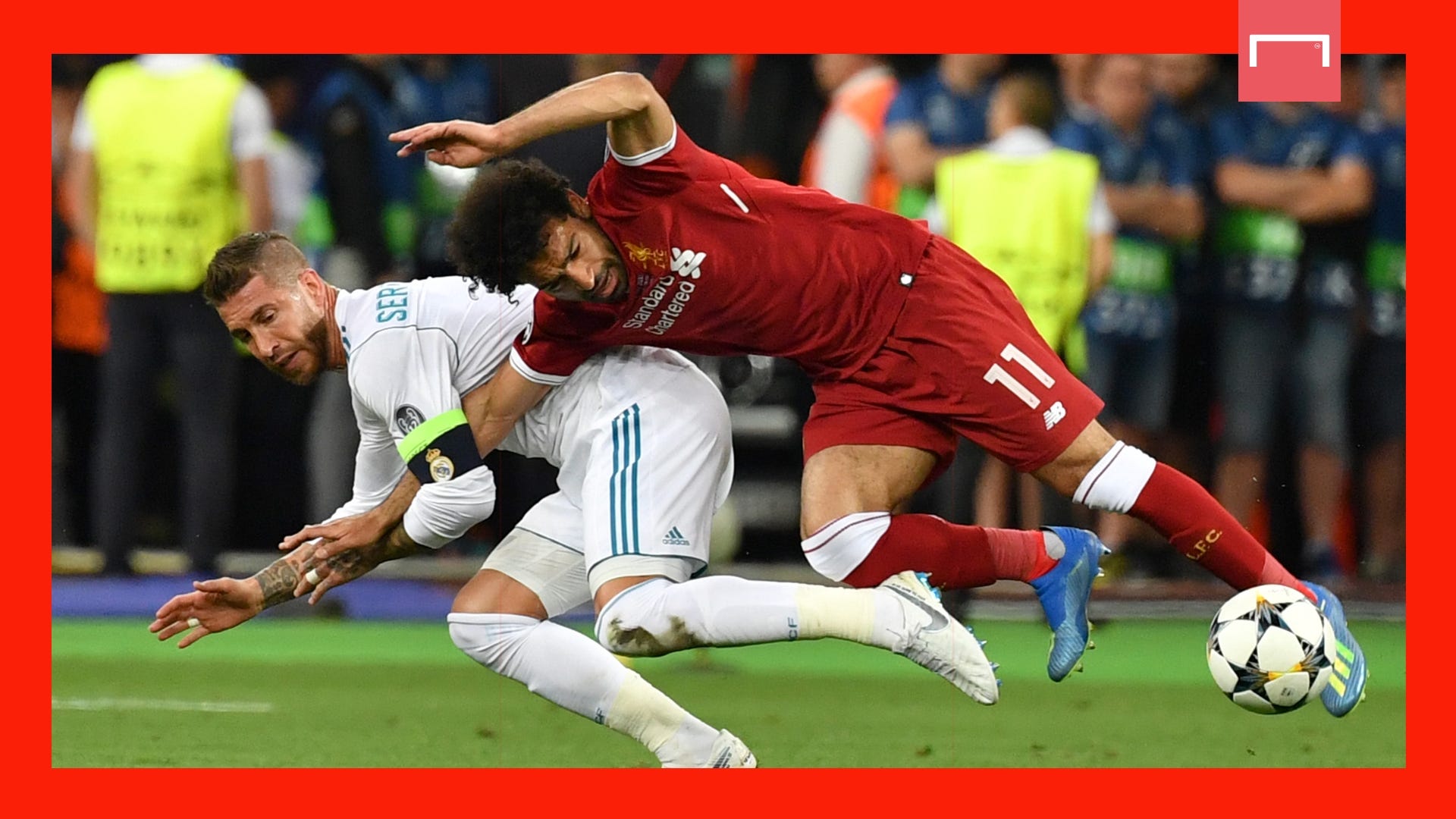 There's no Sergio Ramos without a measure of controversy, is there? We've got an infamous moment where the Real Madrid captain played the role of a pantomime villain up next.

Going into that fateful 2018 final, the biggest threat to Real Madrid's quest for a third straight title was Liverpool's Mohamed Salah. The Egyptian winger was in the form of his life and looked set to trouble the Madrid defence. The task of stopping him fell naturally to the leader, Sergio Ramos.

The two were involved in a brutal tackle inside the first half of the fixture, with Ramos seen having his arm locked around Salah's shoulder and the pair subsequently flying to the ground.

Salah ended up having to leave the pitch in tears, unable to continue. The striker was later diagnosed with a dislocated shoulder, which forced him to miss out on Egypt's World Cup group stage fixture against Uruguay.

The Egypt international was forced to watch his Liverpool side lose the final from the dressing room in a devastating 3-1 defeat.

Understandably, both Liverpool staff and players were left immensely frustrated by the situation, as had Salah remained on the pitch, the outcome of the final could potentially have been different.

"If you watch it back and you are not with Real Madrid then you think it is ruthless and brutal," an incensed Jurgen Klopp told reporters after the game. 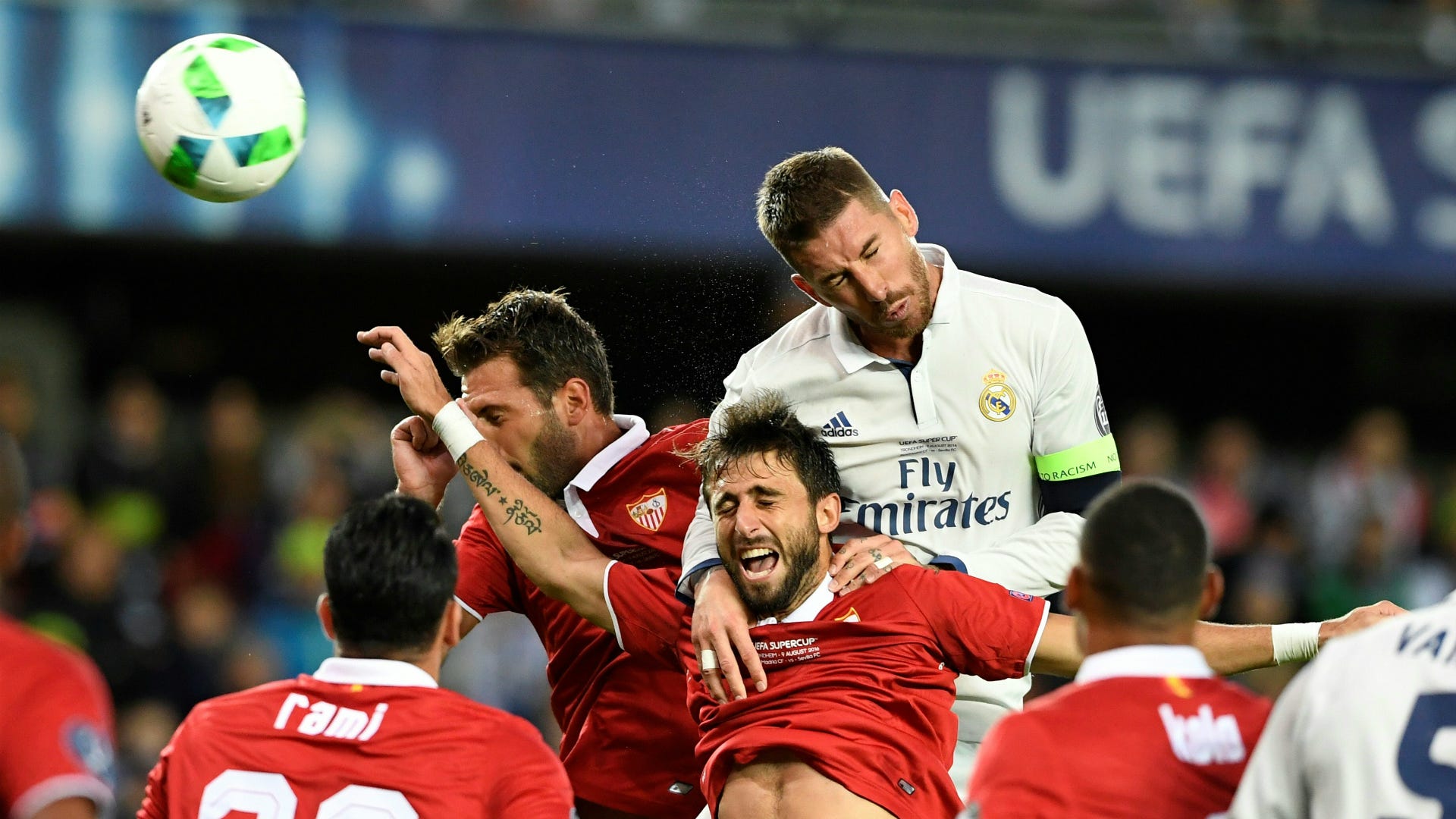 Sergio Ramos has always been there for Real Madrid, especially when it comes to big matches and bigger moments. Yet another example came in the 2016 UEFA Super Cup final where Real Madrid were up against Ramos' boyhood club Sevilla.

Real Madrid were trailing 2-1 to Sevilla in Norway and looked set for a defeat as the game meandered towards injury time. Yet again, Ramos headed home deep into added time to save his side from defeat to Sevilla. The clock read 92:34.

Madrid would go on to win the match in extra-time with Dani Carvajal netting the winner.