The 17-year-old, who has likened himself to Paul Pogba, has been watched by the likes of Manchester United, Liverpool, Bayern Munich and Juventus

There is something in the water in Birmingham right now, and it is helping produce a wave of superb young footballers.

Jude Bellingham is, of course, the flag-bearer for this new generation, with the 17-year-old now regarded as one of the first names on Borussia Dortmund's teamsheet following his breakthrough at Birmingham City last season.

Over at Aston Villa, meanwhile, they are building themselves a reputation as one of the finest finishing schools for teenage stars from around the world, after revolutionising their academy.

That was evident in January, when a Villa side with an average age of 18 years and 294 days went in level at the break with something close to Liverpool's best 11 in their FA Cup third-round tie.

The headlines that night belonged to goalscorer Louie Barry, whose previous spell at Barcelona and unerring quality in front of goal regularly mark him out as being the one to watch in an exceedingly strong Under-23s team.

But perhaps the best of Villa's young bucks is a player who did not even feature in that 4-1 loss to Liverpool, though maybe would have done if the circumstances were different.

Carney Chukwuemeka had been called up to Dean Smith's first-team squad in the lead up to the tie, with many expecting him to at least make the matchday squad and potentially debut against Jurgen Klopp's side.

But after a number of positive Covid-19 tests among the senior Villa squad, Chukwuemeka was forced into self-isolation, and could, therefore, only watch from home as his peers put on a show in front of a global audience.

However, despite missing out on that chance to announce himself to the world, it is safe to say that Europe's biggest clubs are already well aware of the midfielder's talent.

Manchester United, Liverpool and Manchester City were all linked with Chukwuemeka before he signed his first professional contract in October, while Bayern Munich and Juventus have since reportedly joined the queue for a player who has been earning rave reviews ever since arriving at Villa from Northampton Town at the age of 12.

"Absolutely no debate, he’s starting for the Under-23s. That’s what you want with your 16-year-olds."

Born in Austria to Nigerian parents, Chukwuemeka was plucked from Northampton having joined the Cobblers' academy alongside his older brother, Caleb, who still plays as a forward for the League One outfit.

Now 17, the younger Chukwuemeka sibling has taken his game to a new level this season, with only two players – Man City duo James McAtee and Tommy Doyle – having provided more than his six assists across the two Premier League 2 divisions.

Despite his age, the 6'1" (185cm) youngster has developed into one of the most imposing midfielders in English youth football, and though he will likely need to fill out more when he is promoted to the senior game, his footballing intelligence combined with his physical attributes mark him out as being supremely gifted.

A central midfielder who is not afraid to pick up the ball in tight areas and with decision-making ability that belies his lack of experience, Chukwuemeka has previously likened himself to Paul Pogba. 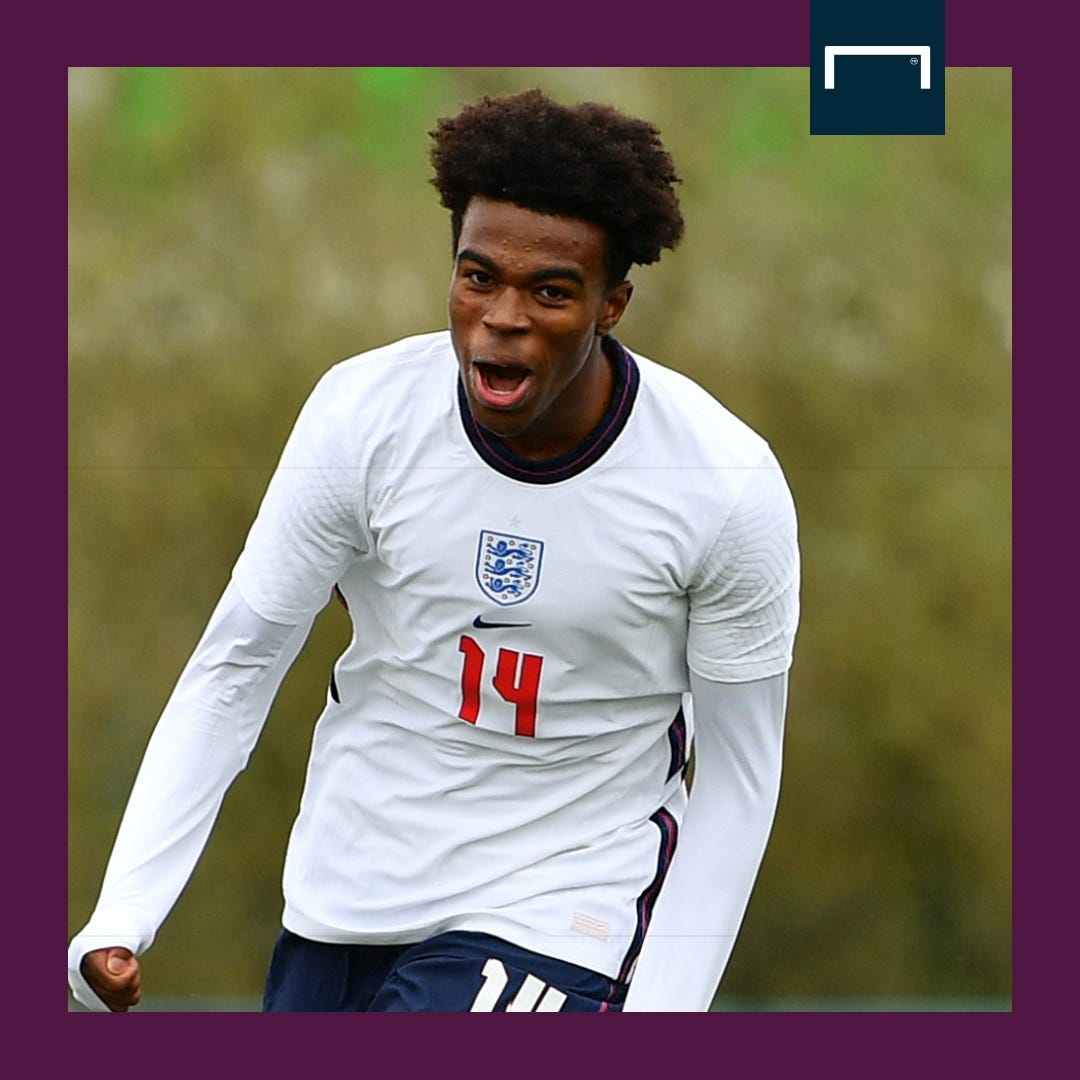 There is also a hint of Dele Alli about his game, and Chukwuemeka has this season been encouraged to replicate the Tottenham star in increasing his attacking output.

Though that has not resulted in a huge influx of goals – he has just one for the U23s, two for the U18s in the FA Youth Cup and one for England U18s – his performance against Wolves in March, where he laid on three assists for team-mates, suggests he is close to unlocking his full potential in the final third.

"We're starting to see a little bit more of what he's about," Villa U23s boss Mark Delaney told the Birmingham Mail in February.

"We've talked to him about scoring more goals, being more positive with his runs, both with and without the ball, and getting himself in that final third to rack up some assists and more goals.

"We spoke about him being more proactive with and without the ball.

"He's a confident lad; will receive the ball anywhere on the pitch, under pressure and not under pressure. That's what the manager [Smith] likes; he comes into an environment and settles in quickly.

"We've got high hopes for him, like a lot of our players. He's still only 17 and he's got a lot of development left in him. We've just got to make sure we're pushing and stretching him all of the time."

That development saw Chukwuemeka finally make the first-team bench for February's loss to Leicester City, and with Smith's side safe in mid-table heading into the final run-in, a Premier League debut for the England youth international might not be out of the question before the season is done.

Barry, too, will be keen to get a run-out at the highest level after the 17-year-old's cup heroics, while a lot is also expected of Aaron Ramsey (18), Lamare Bogarde (17) and Jaden Philogene-Bidace (19) at Villa Park.

But Chukwuemeka looks to be the real diamond. With Bellingham already a potential superstar, the city of Birmingham may well have developed the future of England's midfield.