The England international endured the worst season of his career in 2020-21, but is keen to show under Nuno Espirito Santo exactly what he can do

To say that Dele's season in 2020-21 did not go to plan would be something of an understatement.

Despite Tottenham falling well short of their Premier League goals, finishing seventh in the table, England international Dele spent much of the campaign on the outside looking in.

In the 32 league matches Spurs played under Jose Mourinho, Dele was on the pitch for just 233 minutes. To put that into context, he played 385 minutes in the six league matches that interim coach Ryan Mason went onto manage in the final run-in following Mourinho's sacking.

It was clear that, for whatever reason, Mourinho could not see a role for Dele in his team in north London, leading to increased speculation that the 25-year-old could leave Tottenham throughout the campaign.

With Mourinho gone, though, there is hope that Dele can now resurrect a career that has seen him go from being one of the first names on Gareth Southgate's teamsheet at the 2018 World Cup to barely being talked about as a potential squad member for England at Euro 2020 in the space of three years.

The ex-MK Dons starlet, though, is not about to lay the blame for that at anyone else's door.

“The only person I blame is myself," he tells Goal in an exclusive interview. "I should be performing at a level where it is difficult to not put me in the team or not play me. I don’t blame anyone but myself.

"Working with Mourinho was a great experience and one I learned a lot from.”

Having spent pre-season with a personal team who manage his diet, training and off-field activity, it is clear that Dele is keen to put the past behind him and embrace yet more change at Tottenham. 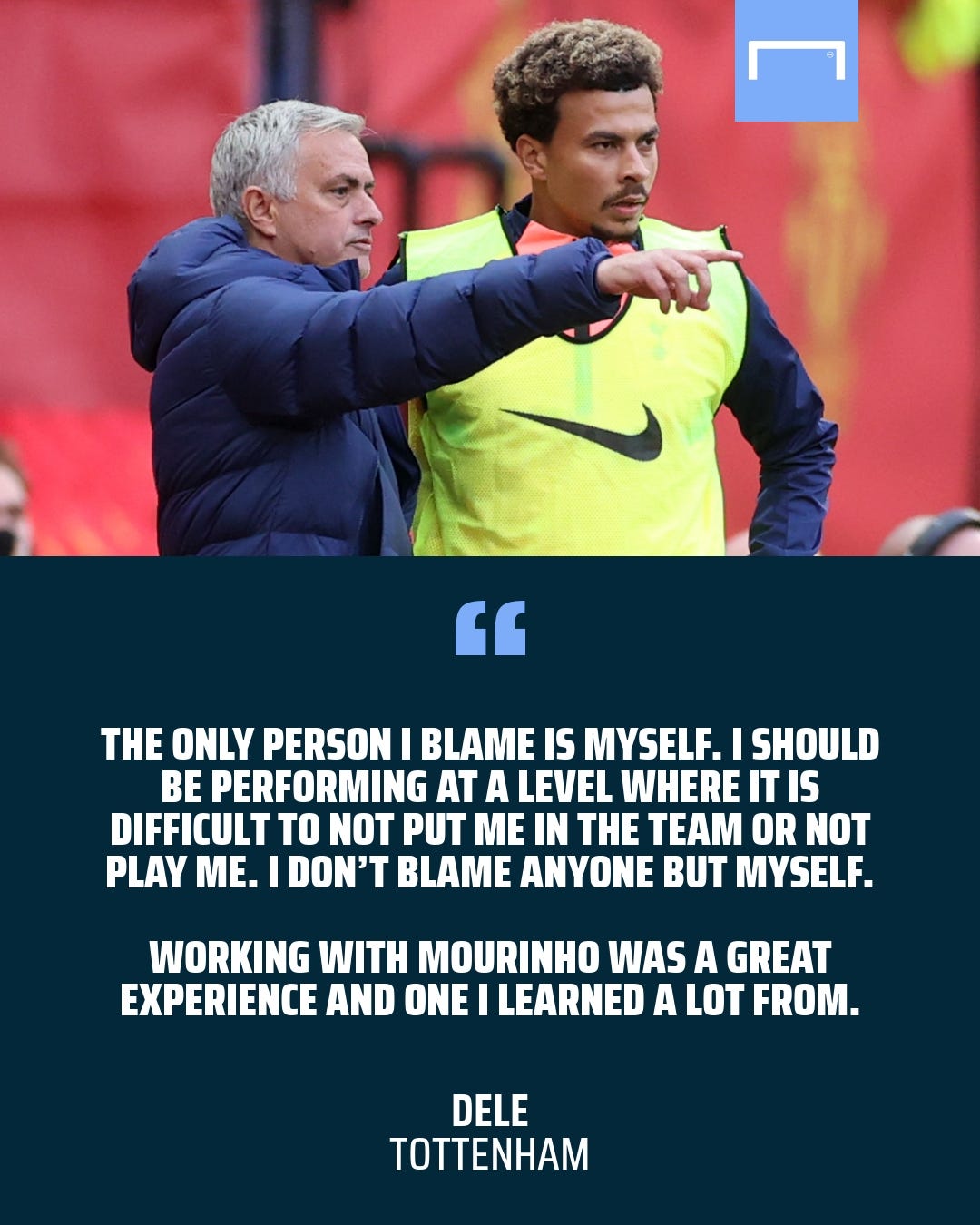 After a long and, at times, not entirely inspiring managerial search, Spurs head into the new campaign with ex-Wolves manager Nuno Espirito Santo at the helm as Mourinho's permanent replacement.

And Dele is keen to show the new man in charge that he can reach levels that not even previous Tottenham coach Mauricio Pochettino was able to get out of him.

“He [Nuno] has done a great job at Wolves," he says. "I am looking forward to speaking to him and working with him. He is a great manager and it is exciting times.

“I want to make this year one of the best I have had. A lot of people have said I need to find the form I was in a few years ago. For me, I don’t even want to get to that, I want to go past that and reach my full potential to be the best player I can be.

"It has been a tough few years but I have been working hard and analysing what I need to do to get better.

“I have been training a lot on most days of my holiday. I didn’t feel I needed much rest, so it is just training the whole way through.

“Everyone is looking for that extra few per cent, so you have to keep up. I am feeling good and the best I have felt in a long time.”

Dele has taken inspiration from Cristiano Ronaldo in his drive to better himself - “I think everyone in football idolises and respects the amount of work that Ronaldo does," - while the way in which his club-mate Harry Kane has dealt with criticism at Euro 2020 has also allowed him to reflect on his own game.

Questions were asked of Kane in England's opening three matches of the tournament, as he failed to find the net, but three goals in two games against Germany and Ukraine have seen the Three Lions captain prove once more why he is one of the most feared strikers in world football.

England now have a semi-final date against Denmark on Wednesday to look forward to, and despite not being part of it himself this time around, Dele has been able to enjoy watching Kane silence the doubters from afar.

“Harry is a true professional, and like me, he knows before anyone else if he deserves that criticism or not,” he adds. 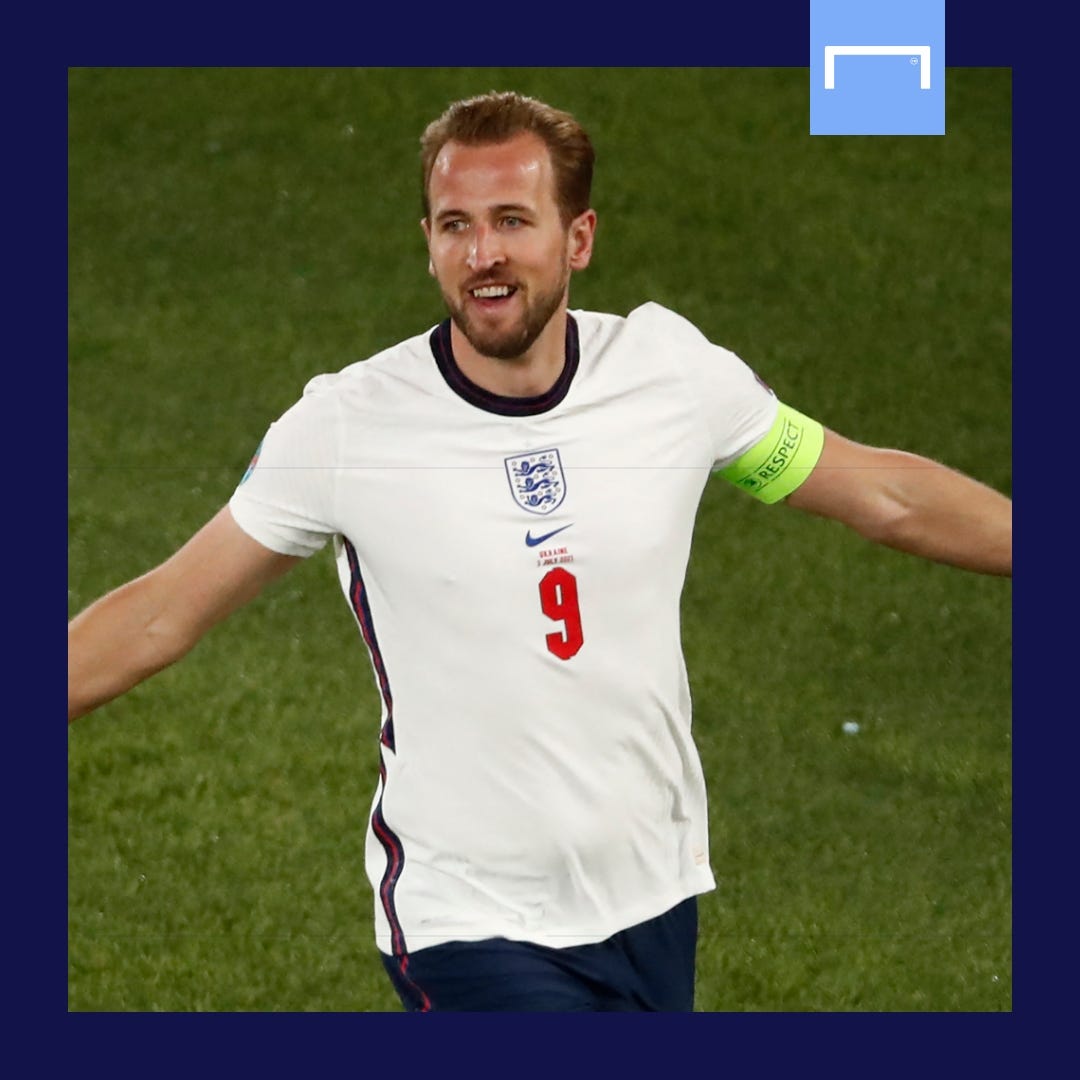 “He is so focused to achieve what he wants to do. There’s no surprise he's scoring. That’s who he is, because nine times out of 10 he scores his chance.

"Social media is great because it is so big and gives everyone a chance to have an opinion, but for people like myself and Harry in the limelight, you learn to focus on the criticism you need to listen to which is just from your coaches, team-mates, friends and family.

“Anyone can say anything, but make it background noise. So for us, we need to have that tunnel vision and focus on what we need to.”

Outside of football, Dele is competing on another front this summer, as he will play in a $1.5 million charity Fortnite tournament for Gamers Without Borders.

Having in the past given out his PlayStation Network username to fans and streamed himself playing online, he has shown that he is able to fit his passion for gaming alongside his football.

“People think I am lying when I play them online and say I am Dele,” he says with a laugh.

“It is a good cause and involves doing something I enjoy. You have to rest your legs and socialise with friends sometimes too.”