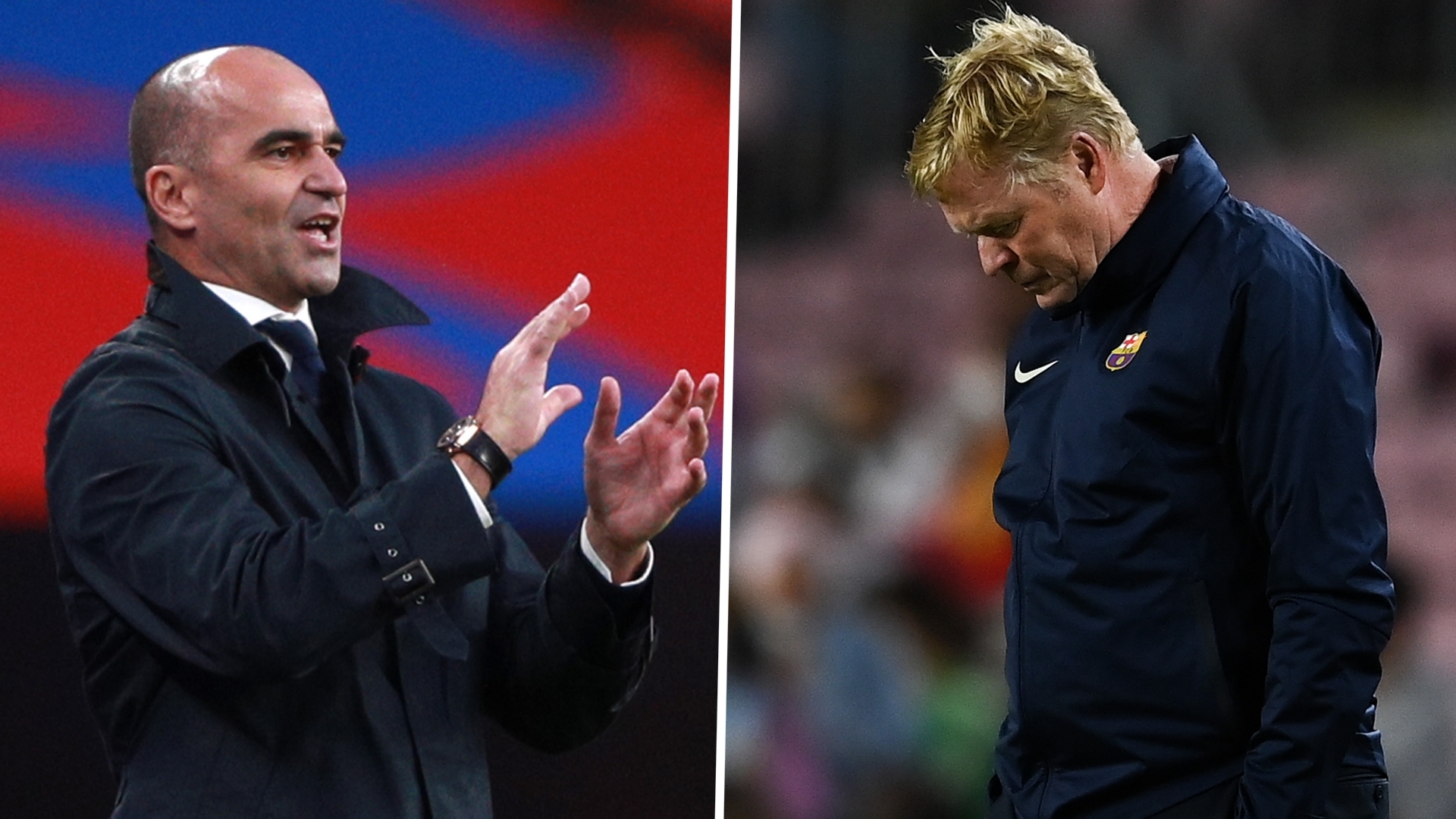 Official negotiations have not begun but first contact has been made, with the coach telling the Belgium FA that he could leave for Camp Nou

Barcelona have spoken to Roberto Martinez about becoming their next manager, Goal can confirm.

The Camp Nou club have already decided to dispense with the services of current coach Ronald Koeman after a disappointing start to the season, and are seeking various alternatives.

Their favoured candidate is Belgium manager Martinez, who president Joan Laporta admires and had in mind for the top coaching job before he was appointed to the Barca board in March.

Barca have made first contact with Martinez, although this was just to gauge his interest in the role and formal negotiations have not yet started.

Martinez, who is from Catalunya, has close ties with Barcelona - he and Jordi Cruyff, son of club legend Johan, are godparents to each other's children.

Barca executives have told Martinez that he is their number one choice to succeed Koeman, whose position at the club has become more tenuous than ever this week with successive Liga draws against Granada and Cadiz.

In between these games, Koeman held a bizarre press conference where he read out a pre-prepared statement defending his position, before walking out without taking any questions.

What does Martinez think?

The former Wigan and Everton manager is keen on the role, and has already told the Belgian FA that he intends to take the Barcelona job should it be offered.

However, Martinez has a good relationship with the CEO of the Belgian FA, Peter Bossaert, and had previously agreed to stay in charge of the nation currently top of the FIFA world rankings until after the 2022 World Cup in Qatar.

Martinez definitely plans to stay in charge until after the UEFA Nations League finals, which take place next month and in which Belgium are competing. Despite their lofty world ranking and raft of world-class players, Belgium have not won a trophy under Martinez yet.

Barcelona hold Martinez in high enough regard that they are willing to wait until after the Nations League, with Belgium facing France on October 7, and then playing in either the final or third place play-off on October 10.

Waiting an extra couple of weeks is acceptable for Barca, as is the compensation package required - €1.5 million, affordable even in the club's straitened financial circumstances. Whether Barca could afford Martinez's backroom staff, including assistant manager Thierry Henry, remains to be seen.

Is anyone else in the frame for Barca?

Despite Martinez being the clear front runner, Goal has learned Barcelona have contacted other potential candidates to succeed Koeman. They appreciate negotiations with Martinez may fall through, particularly after the chaotic departure of Lionel Messi in the summer.

Club legend Xavi Hernandez, currently managing in Qatar and linked to the job ever since Ernesto Valverde was sacked in January 2020 before the appointments of Quique Setien and later Koeman, is one of those under consideration.

What is important to Barca is that they have someone in place before Koeman is sacked - and having lost patience with the Dutchman, they want this to be sooner rather than later.