The team has stuck together in the face of distractions in the past, but the current issue may be uniquely challenging

The image is stark and offers rare visual evidence of a rift within a team.

Most U.S. women’s national team players knelt during the national anthem in the team’s two friendlies against Colombia last week. Some, right alongside them, so close they were almost touching, stood.

Players oftentimes disagree on the field: a run missed, a pass misplaced, an opposing player left unmarked. But this was something deeper and more significant than any fleeing on-field spat.

A clear philosophical divide is emerging within the USWNT, and the issue is not going away any time soon.

When the NWSL returned to the field last summer, the nation was engulfed in protests after the police killing of George Floyd. Players in the U.S. top flight were outspoken about the need to act, and that started with the symbolic gesture of kneeling during the country’s national anthem to raise awareness of the systemic oppression and violence against people of color.

The USWNT followed suit in November when they played their first match in eight months, with all but two players kneeling during the national anthem. In the team’s two games against Colombia, four stood during the anthem in the first game and three did so in the second match.

One of the players who stood during the first game, Carli Lloyd, offered up a rationale that was light on justifications for her actions but full of somewhat fanciful notions of team harmony.

“I think the beauty of this team is that we stand behind each other no matter what,” Lloyd said. “Players decided to kneel, some players decided to stand, and at the end of the day, we have each other's backs. Ultimately, we're all here to support one other in any way that we can, and that's what's amazing about this team." 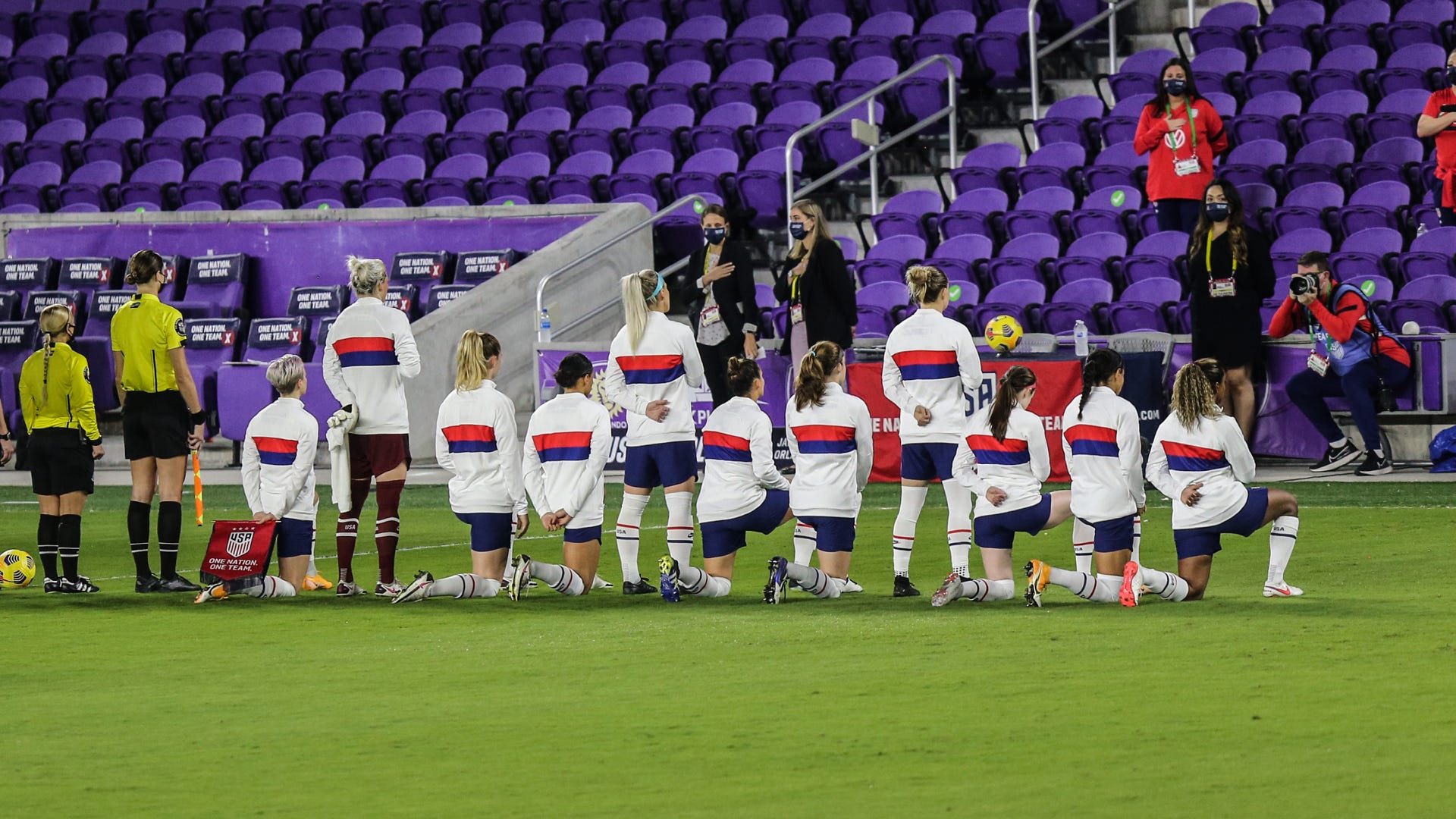 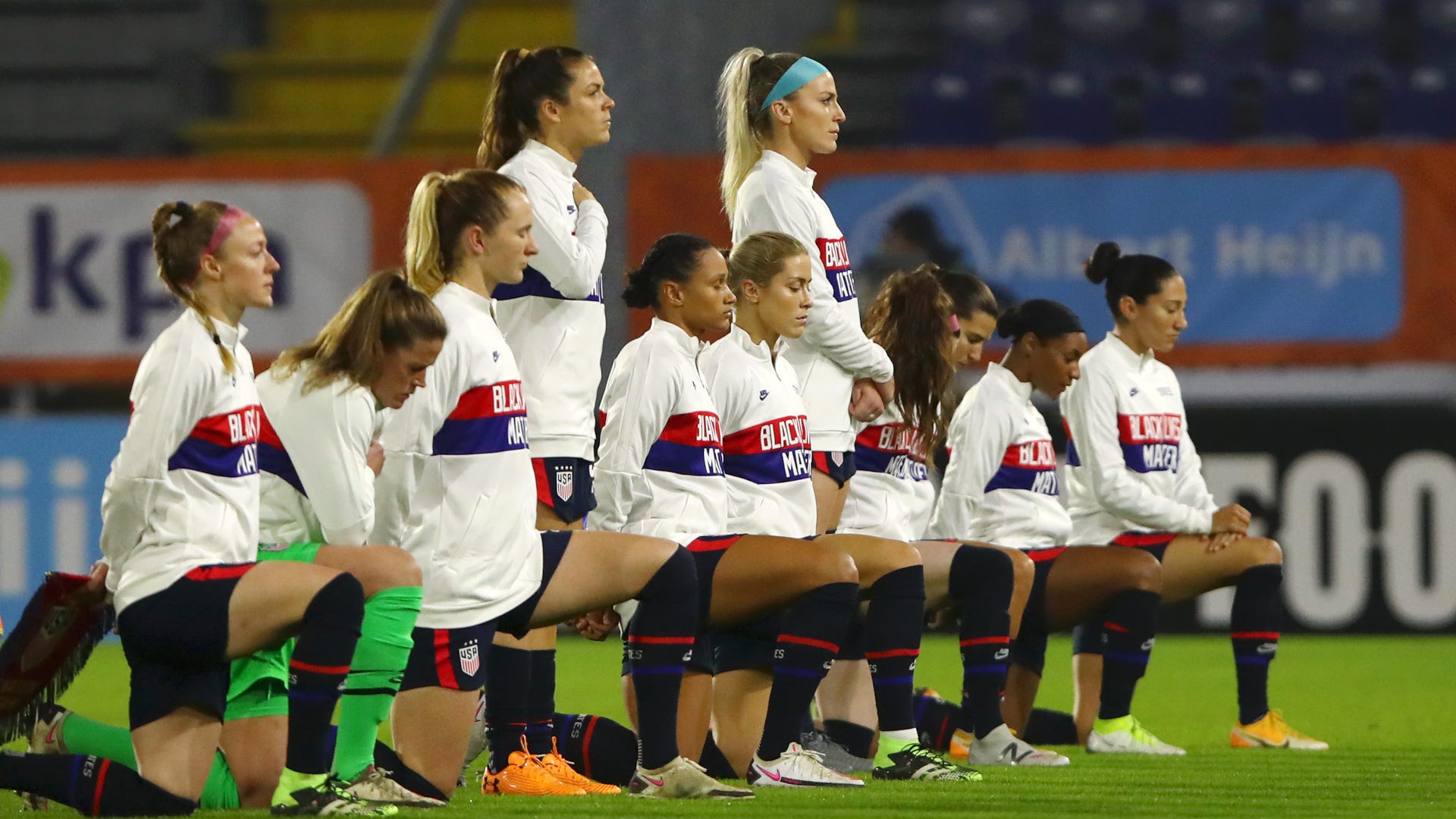 Lloyd’s version of events may be idealized but the notion of locker-room tolerance was bolstered by none other than Megan Rapinoe, who, one may recall, started the entire debate over USWNT players kneeling back in 2016 when she went out on a limb and followed NFL quarterback Colin Kaepernick in doing so.

“There are obviously a lot of different opinions and there's a lot going on, and there's a lot that can be said and unsaid and inferred from who's standing and who's kneeling, but we need to continue to move forward.”

But can this team move forward united when such a fundamental issue threatens to divide them?

Tuning out distractions is practically as important for a USWNT player as on-field performance. The anthem debate could be another entry in a long list of controversies that the team swatted aside when it took the field.

"This team has always been good at compartmentalizing,” Kelley O’Hara said during a 2019 run to the World Cup title that included constant talk over the team’s lawsuit against U.S. Soccer and a highly publicized feud with no one less than the President of the United States.

But the anthem question may prove to be uniquely challenging. For one, racial injustice is a foundational concern in the U.S. that will not dissipate with time. Secondly, unlike some other potential distractions in the past, there is not unanimity among the team’s players. 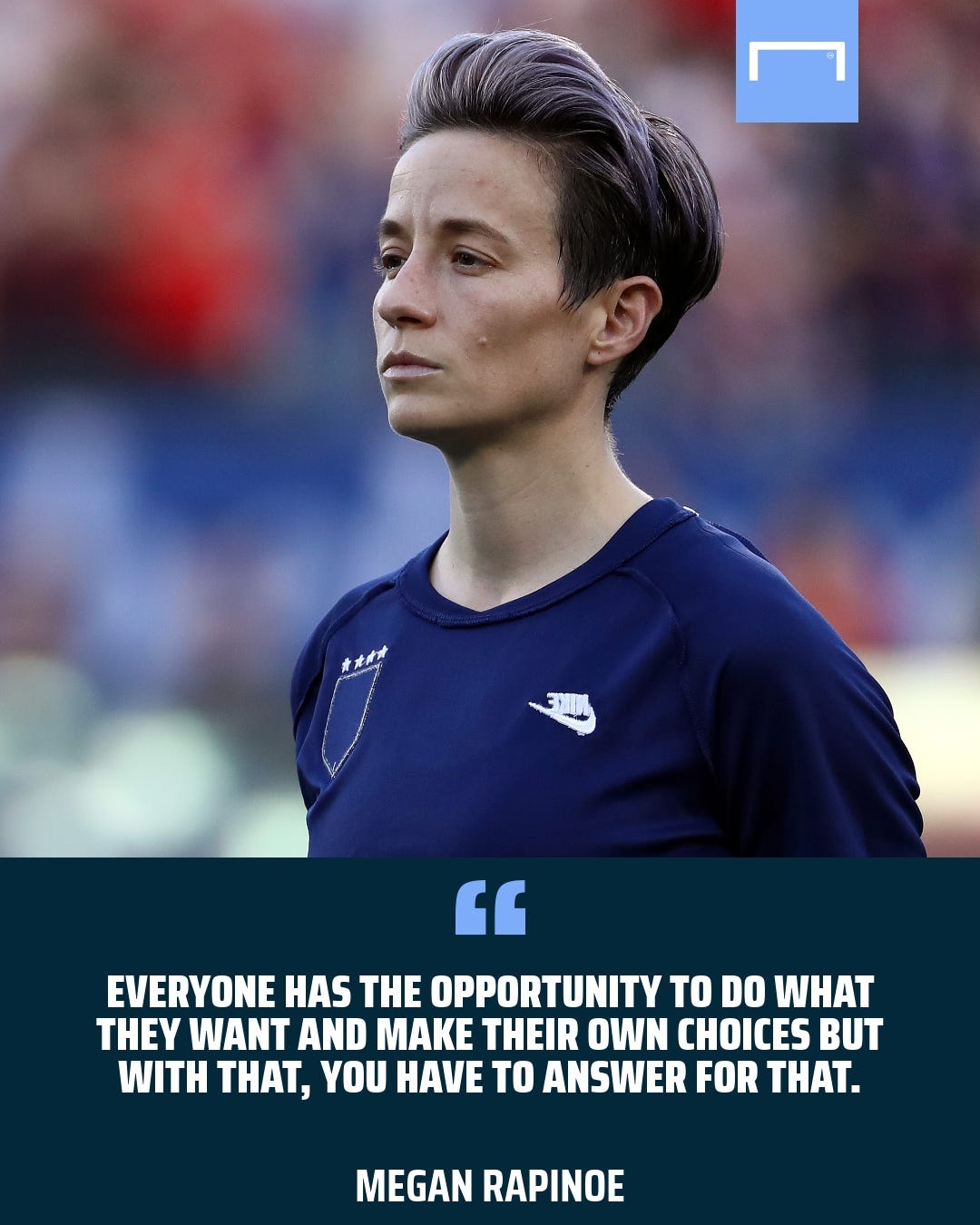 And there are signs that the USWNT's current tenuous harmony may not completely hold over the long run.

“These have been tough conversations within our team,” defender Ali Krieger said, “and not everyone agrees with each other and their decisions, but they obviously have to deal with the consequences.”

While Rapinoe isn’t interested in tossing her teammates under the bus, she is nevertheless hoping more of them will eventually see it her way.

After Rapinoe knelt in 2016, U.S. Soccer instituted a new rule that required players to “stand respectfully” for the anthem. This summer, amid the nationwide protests stemming from Floyd’s killing, that policy was reversed.

USWNT players have taken full advantage of their newfound freedom to express themselves. It was undoubtedly the right decision by the federation, but perhaps not one without some unintended consequences.

“Everyone does have the opportunity to do what they want and make their own choices,” Rapinoe said, “and with that, you have to answer for that.”