What on earth has happened to Liverpool? Alisson's latest error at Leicester leaves Klopp incredulous 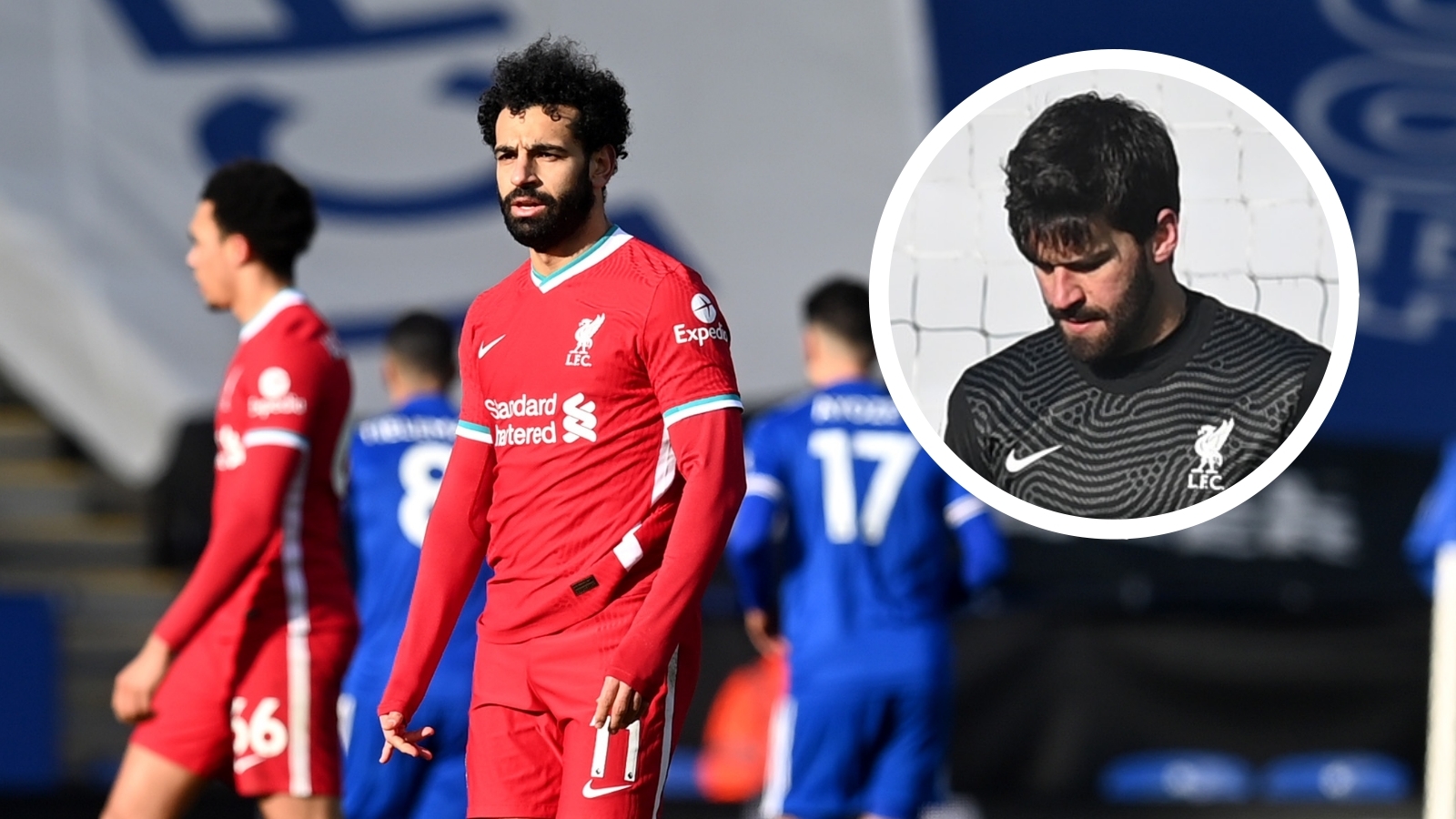 It never rains but it pours, for Liverpool. And for Alisson Becker.

If anything could sum up the Reds’ season then here it was, all wrapped in one horrific, seven-minute bundle.

Bad ones. Costly ones.

After his two howlers against Manchester City last weekend came another at the King Power Stadium, as Leicester struck a crucial blow in the battle for a top-four place with a 3-1 victory that was as farcical as it could be damaging, for Jurgen Klopp’s champions.

Liverpool looked on course for three vital points, 1-0 up with just 12 minutes remaining. Mo Salah’s wonderful finish, from a sublime Roberto Firmino assist, had given them a deserved advantage, reward for an enterprising and surprisingly-confident performance away from home.

They’d even had a bit of fortune, too, with Jamie Vardy hitting the crossbar when clean through and VAR overturning a penalty awarded for a foul on Harvey Barnes by Thiago Alcantara. Things were looking up.

And then they weren’t.

First, James Maddison’s free-kick, awarded instead of the Barnes spot-kick, found its way into the far corner. Up went the flag, but after a lengthy review, VAR deemed that Firmino had played Leicester’s onrushing men, none of whom got a touch, onside. It was 1-1.

OK, so a point away from home to a rival can’t be sniffed at, yeah? Think again. Within three minutes, the Reds’ world had caved in.

There appeared to be little danger when Youri Tielemans aimed a diagonal in the vague direction of Barnes, right to left.

Ozan Kabak, the debutant, looked to have it covered, but Alisson raced from his line to confuse the situation. Kabak, stretching, got to the ball, but steered it against his goalkeeper and straight to Jamie Vardy, who virtually walked the ball home for 2-1.

Vardy strummed the corner flag like a guitar, while goalkeeper and defender simply looked at one another. Everyone else, meanwhile, wondered what the hell had just occurred. "A misunderstanding," Klopp called it. You could say that.

There were only nine minutes remaining and yet somehow it got worse for his side. Alisson had to make a genuinely incredible double-save to deny Barnes and Vardy almost immediately, and he was left exposed once more as Barnes latched onto Wilfried Ndidi’s pass to finish confidently for his 12th goal of the season.

From 1-0 up to 3-1 down, in the space of seven absurd minutes. Klopp looked like he could strangle someone on the touchline, and no wonder. He argued with somebody behind him in the stands, and looked incredulously at those on the pitch. No answers, no explanation.

What on earth is happening to his team?

They had looked decent for the most part, too. They’d pressed well, created opportunities and fashioned a superb goal for themselves. They’d done the hard bit but, as against City last week, they finished the game dreadfully and paid the price, conceding three times in the blink of an eye.

They’re under pressure now for a Champions League spot, make no mistake about that. They are woefully out of form and their destiny is no longer in their own hands. If the teams below them win their games in hand, they could fall to ninth. Ninth!

Everton, who face the Reds next weekend, will be licking their lips. They haven't won at Anfield since 1999, but they may never have a better chance to end that particular hoodoo.

They could do with a few gifts like the ones Liverpool and Alisson have been dishing out of late, mind.

The Brazilian has blundered at Leicester before, but this time his team paid the price, big time.

A season summed up, you could say.