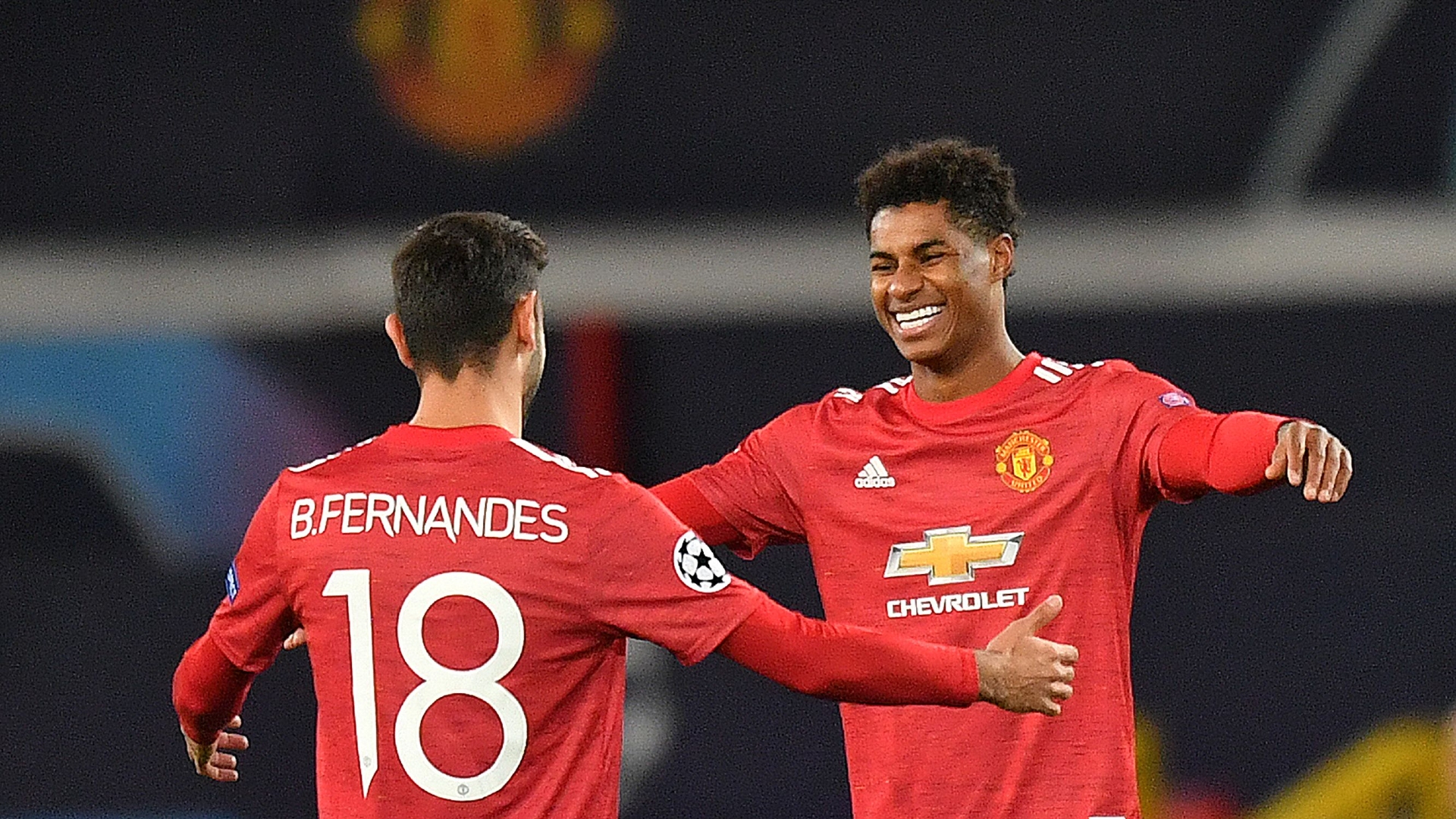 Manchester United star Marcus Rashford has become the fifth player to score a hat-trick as a substitute in the Champions League, with his 27 minutes on the pitch on Wednesday the fewest number played while also netting a treble in the competition's history.

Rashford entered the field in the 63rd minute with the Red Devils a single goal ahead courtesy of Mason Greenwood's opener, before scoring three times in his short time on the pitch to help the home side to a crushing 5-0 victory over RB Leipzig.

In doing so, he joined Kylian Mbappe, Walter Pandiani, Joseba Llorente and Uwe Rosler as the only players to come off the bench and bag three goals in Europe's top club competition.

Rashford also matched a feat set by manager Ole Gunnar Solskjaer as he became the second Manchester United player to score a hat-trick as a substitute, after the Norwegian did it against in the Premier League against Nottingham Forest in February 1999.

3 - Marcus Rashford is only the second Man Utd player to score a hat-trick as a substitute after Ole Gunnar Solskjaer versus Nottingham Forest in February 1999 in the Premier League. Super. pic.twitter.com/DVEfo9HHZw

"I think the manager wanted me to up the tempo," three-goal hero Rashford told BT Sport after the match. "That for us means going forward. There was definitely spaces there. We got Bruno [Fernandes] and Paul [Pogba] on the ball. We looked dangerous throughout and like we could score every time we went forward.

"It was a real team performance. The ones who started did well and the substitutes did well too. We can't ask for much more than that in terms of the attitude and the intent to go and kill the game off. It worked in our favour."

Leipzig came to Old Trafford with a high-tempo pressing game and did trouble United at times but it was the home side who went ahead after Pogba slid [Mason] Greenwood through, with the 19-year-old finishing clinically to score his first Champions League goal.

The match remained within Leipzig's reach until Rashford's introduction in the second half, with the England international running on to Bruno Fernandes' pass and streaking through to score, with VAR correctly ruling he was in his own half when the pass came.

Only four minutes later, Rashford snared his second after United won possession high up the field, before Anthony Martial got on the scoresheet from the spot after being fouled in the penalty area.

Rashford put an exclamation mark next to his performance and earned the match ball with a third deep into stoppage time, as he deftly finished again from inside the box.

27 – @MarcusRashford became just the fifth player in @ChampionsLeague history to score a hat-trick as a substitute, with his 27 minutes on the pitch the fewest number played whilst also netting a treble in the competition’s history. Leader. #UCL pic.twitter.com/clfOjJw1wf

The 22-year-old has also been kicking goals off the field recently, with the striker being told he has done more to combat child poverty in the UK than any politician has in the last 25 years by Manchester councillor John Leech.

United - who host Arsenal in the Premier League on Sunday - are now clear on top of their Champions League group with six points, with PSG and Leipzig three adrift.