WHAT HAPPENED? The five-time Ballon d’Or winner attracted criticism on social media after posting a picture of himself with Peterson, in which he referred to a man that has been slammed over his opinion on social matters as a “friend”. The divisive 60-year-old has now claimed that he met with Ronaldo in order to help him through a difficult period in his life – with an all-time great and his partner Georgina Rodriguez having suffered the pain of losing one of their newborn twins in April. 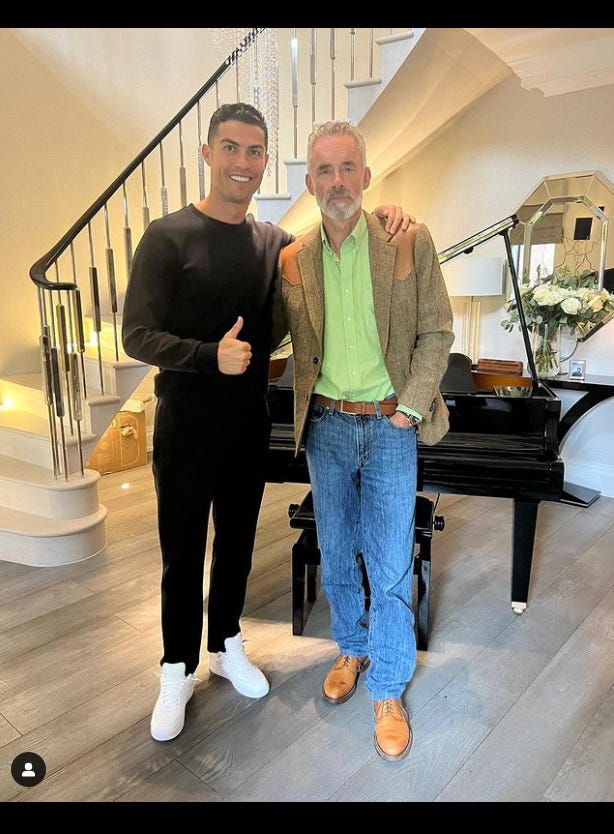 WHAT THEY SAID: Speaking on ‘Piers Morgan Uncensored’, Peterson said of meeting with Ronaldo: “He invited me to come and see him. He'd had some trouble in his life a few months ago and a friend of his sent him some of my videos and he said he'd watched those. Then he read one of my books and found it helpful, he wanted to talk.

“I went out to his house and we talked for about two hours. He showed me all his equipment for staying in tip-top condition, we talked about his companies. Mostly we talked about what he wanted in the future and some of the obstacles that he's facing.”

THE BIGGER PICTURE: Morgan, who is a passionate supporter of Ronaldo and regularly talks up the 37-year-old’s claims to the title of best player on the planet, stated that the United forward appears to be in “a much better place” since speaking with Peterson.

WHAT NEXT FOR RONALDO? The 2022-23 campaign has been a testing one for the Portugal international as, after failing to secure a transfer away from Old Trafford over the summer, he has found himself benched on a regular basis by new Red Devils boss Erik ten Hag.