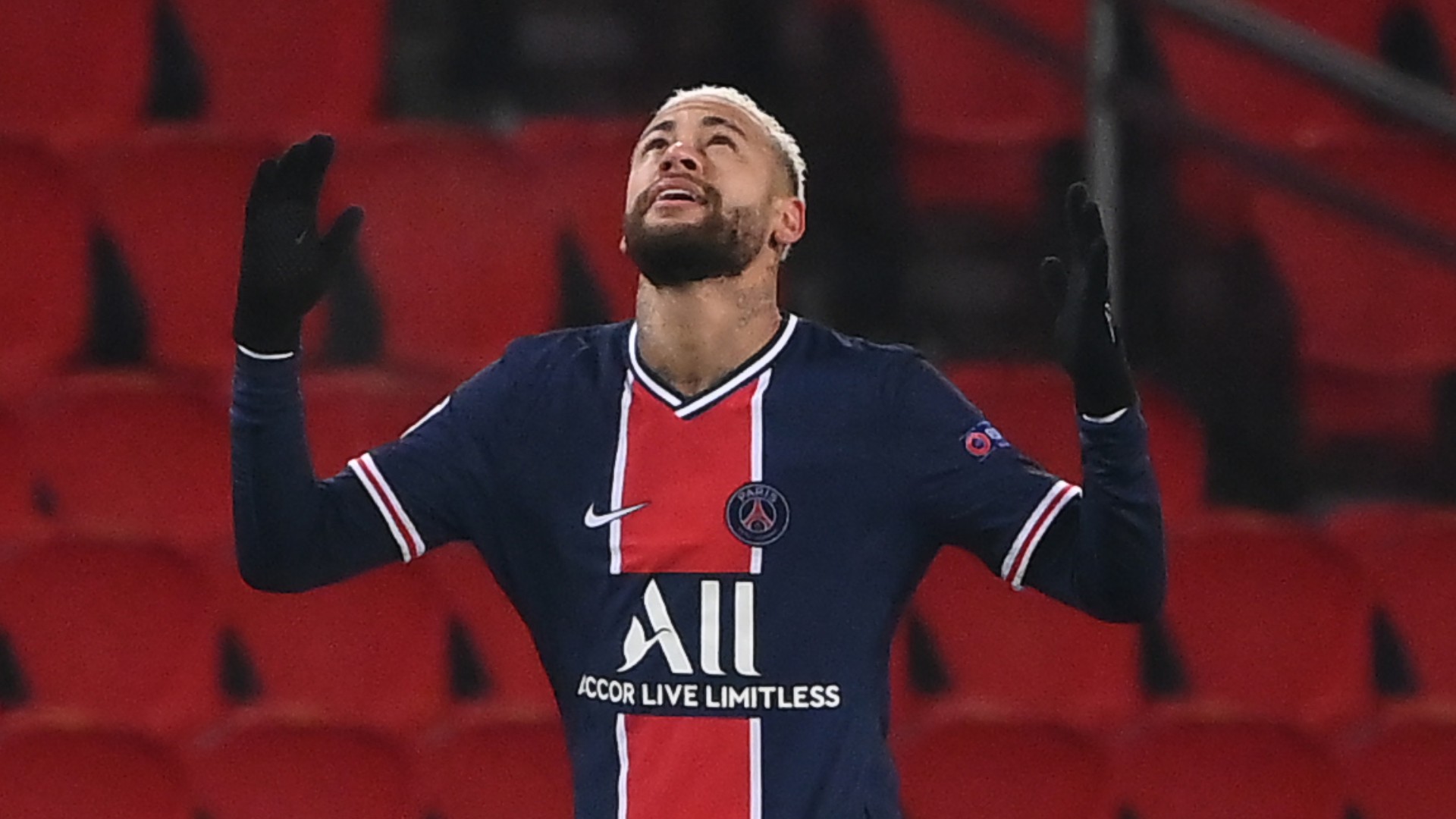 The former Barca man has achieved a feat neither Messi, Ronaldo nor Lewandowski can match in the competition

Neymar clinched a unique piece of Champions League history on Wednesday as he reached 20 goals for Paris Saint-Germain with a hat-trick against Basaksehir.

The Brazilian joined his team-mates in walking off the pitch along with Basaksehir when the visitors' assistant coach, Pierre Webo was the victim of alleged racial abuse from the fourth official during Tuesday's game.

The match was subsequently suspended with 13 minutes on the block and postponed for almost 24 hours, with both sides marking the restart by kneeling around the centre-circle in repudiation of racist language and actions.

Once the action did get underway, Neymar wasted no time in making his mark.

Twenty minutes in he opened the scoring for his side, and added another before half-time along with Kylian Mbappe, who netted a penalty to put PSG 3-0 up by the break.

The forward was also on target four minutes after the restart to bring up his hat-trick, and a new Champions League record.

Neymar now boasts 20 strikes in the competition for PSG, a mark he also reached during his four years at Barcelona, where he notched 21 in 40 games.

20/20 - Neymar is the first player in the history of the European Cup/Champions League to score 20 goals for two different teams (Barcelona and PSG). Vision. pic.twitter.com/dV75pUE6jC

3 – Neymar’s treble is his third UEFA Champions League hat-trick, also doing so against Celtic in December 2013 and against Crvena Zvezda in October 2018; indeed, only Lionel Messi & Cristiano Ronaldo (8 each) have scored more hat-tricks in the competition. Pecking. pic.twitter.com/8sigpJX0j3

Nobody in history has ever managed to score 20 for two clubs in the history of the tournament, placing Neymar above such renowned goal-getters as Lionel Messi, Cristiano Ronaldo and Robert Lewandowski.

Messi, of course, has scored all of his 121 Champions League goals in Barca colours, while Ronaldo's are divided between Manchester United, Real Madrid and Juventus - albeit with the Merengue dominating.

Fifteen of his current tally of 134 came at United, while 105 arrived with Madrid and his Juve count now stands at 14 after Tuesday's double at the expense of Barca at Camp Nou.

Lewandowski, meanwhile, came within three goals of the milestone during his time at Borussia Dortmund, scoring 17 times in the Champions League before moving to Bayern Munich, where he has gone on to net no less than 54 in 66 appearances.