Did you know that former Manchester United and France goalkeeper Fabien Barthez is now a professional motor racing driver who has competed in some of the world’s most prestigious races, including the Le Mans 24 Hours?

Barthez’s footballing CV is as long as it is glittering.

He was French No.1 as they won the 1998 World Cup on home soil followed by the Euros two years later, becoming the first nation in 26 years to hold both trophies simultaneously. He also played in the 2006 tournament, with his international farewell coming in the final.

His club career was littered with the highest honours too. He was part of the Marseille squad which won the first ever Champions League, in 1993, (albeit the French club's victory was overshadowed by a match-fixing scandal), two Ligue 1 crowns at Marseille, then claimed two Premier League titles, in 2001 and 2003, with Man Utd.

The stereotype of the eccentric goalkeeper can be used as a description of Barthez’s style of play. Never less than 100 per cent committed in any aspect of his play, whether collecting a cross, rushing a forward in a one-on-one, or positioning his defence. A penchant for a spectacular reflex save. Frequent criticism for lapses in concentration or unorthodox moments in his play.

His time in Manchester saw all of the beats listed above get hit.

Signed for £7.8 million ($9.2m) – a significant fee for a goalkeeper in 2000 – Barthez was initially a crowd favourite, both for his remarkable saves and for his step-overs in the face of opposition strikers.

But while the Red Devils easily won their third straight Premier League title in 2000-01, the eccentricities and errors soon wore thin. 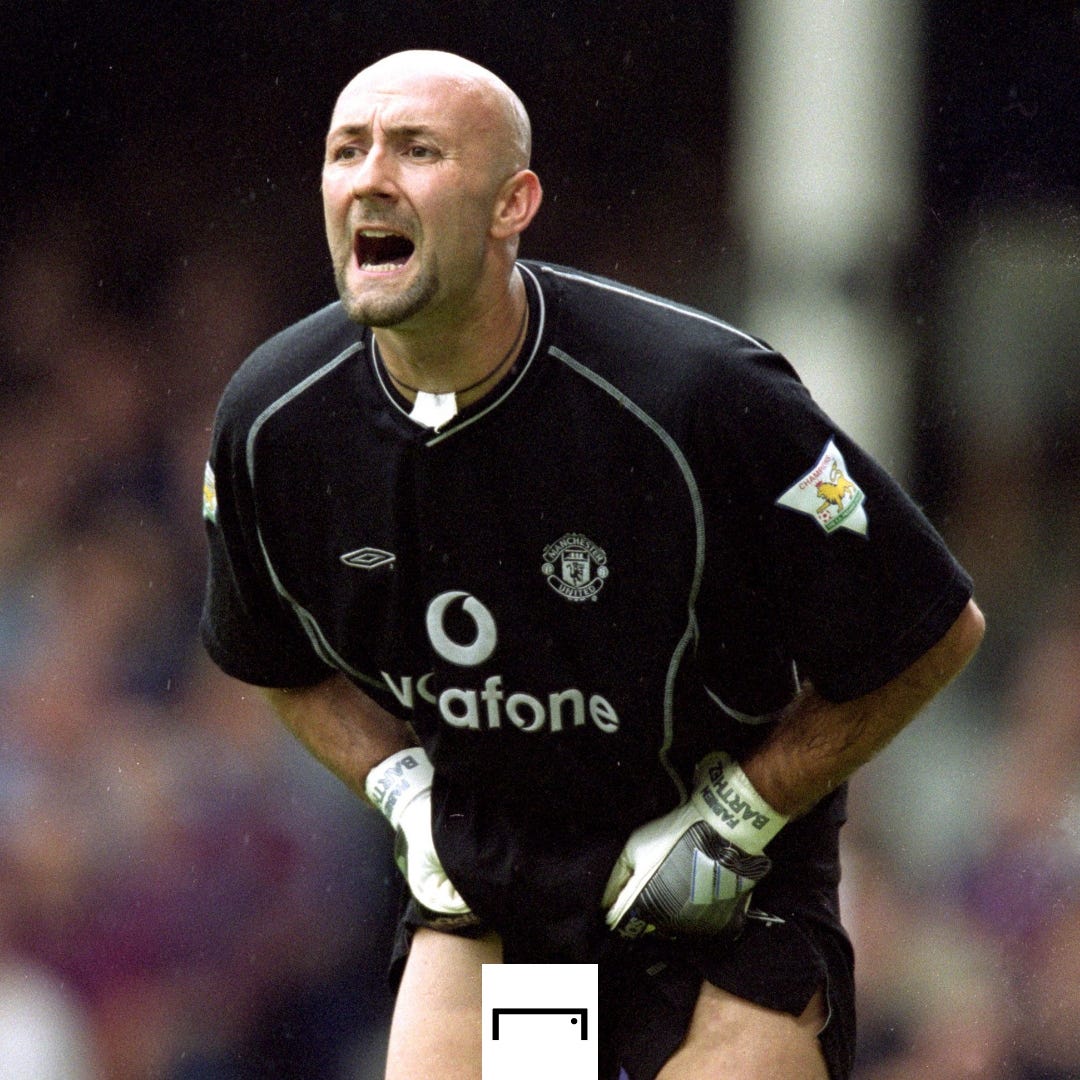 When facing West Ham striker Paolo Di Canio one on one in an FA Cup clash in March 2001, Barthez stood up with his arm in the air appealing for offside, instead of narrowing the angle. Di Canio was not put off, and slotted in the only goal of the game.

These mistakes became more frequent over the following two seasons, with an unfortunate habit of occurring in particularly big games, such as Champions League defeats to Deportivo La Coruna in 2001-02 and to Real Madrid in 2002-03.

In summer 2003, Man Utd signed Tim Howard as their new No.1 and Barthez was allowed to return to Marseille.

Barthez eventually hung up his gloves in 2007 – a spell at Nantes coming to an abrupt end in April when drunk fans accosted his car outside the stadium after a defeat, resulting in him getting into a fist fight with one of them – and this is when the current, lesser-known, but still fascinating and equally sporty part of his career began.

Barthez’s decision to enter motorsport was not done on an impulse. In the L’Equipe documentary 'Brothers of Sport' in 2018, he revealed it was sparked in 1998 by a conversation with former Formula One driver Olivier Panis.

He said: "I have always been fascinated by motorsport, even when I was playing football. It always intrigued me. I wanted to understand what it felt like being in a car. I had to wait until the end of my pro career to try it.

"That said, it’s not like football: you can still be good even when you are 35, which was my age when I stopped playing.”

Barthez began to compete as a racing driver in 2008, finding regular success at regional level in France. In 2013, he was crowned national GT champion alongside Morgan Moullin-Traffort.

In 2014, he competed at Le Mans for the first time, coming a very credible 29th overall, and has raced there three times since.

"I know the course very well. The atmosphere, the spirit,” Barthez told L’Equipe. "I spent three months learning everything I could. It was a passion that turned into an obsession.

He partnered with the Monaco Grand Prix winner to form the Panis Barthez Competition team in 2016, racing at Le Mans for the first time the year after, however a broken clutch three hours from the end forced a DNF.

Panis told Omnisport: "I have learnt a lot and I am really glad to work with Fabien. He is a fantastic driver and it is amazing to see what he has achieved."

Barthez’s Instagram is packed full of pictures of racing cars, images of him in helmet and overalls. It is a passion which he is not falling out of love with any time soon – and if he drives with the emotion and enthusiasm with which he played football, the other drivers should watch out.