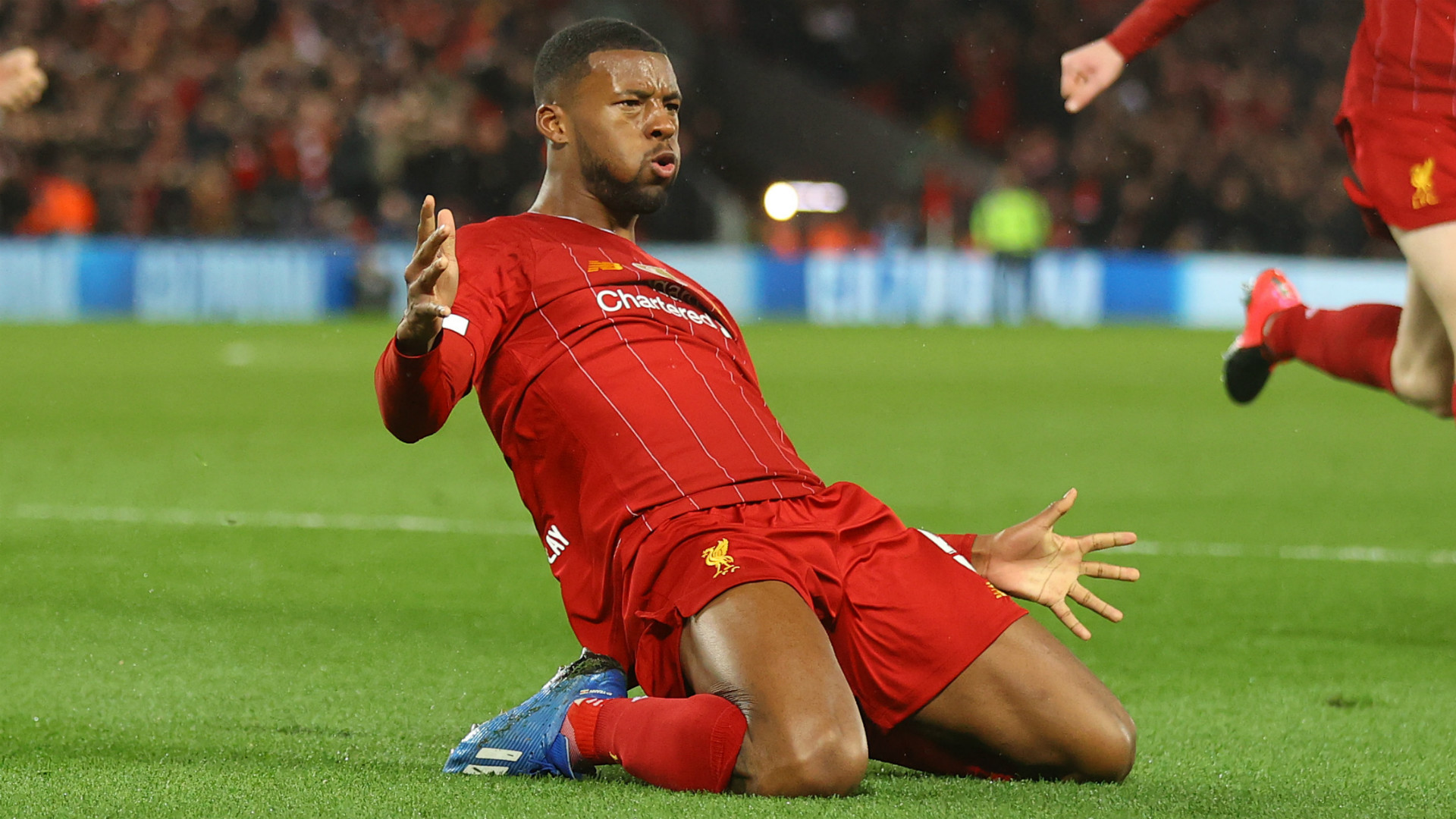 Liverpool midfielder Georginio Wijnaldum has praised Jurgen Klopp for having a "big influence" on his career, while also expressing his belief that he has become a more "complete player" since moving to Merseyside in 2016.

Wijnaldum completed a £23 million ($28m) switch to Anfield from Newcastle four years ago, after impressing during his first full season in the Premier League at St James' Park.

The Netherlands international has built on that promise by establishing himself as a key member of Klopp's squad, racking up 177 appearances across all competitions in total and contributing 22 goals to the Reds' cause.

His quick-fire double in last season's stunning Champions League semi-final comeback against Barcelona cemented his status as a cult hero among supporters, and he has once again been the model of consistency during Liverpool's 2019-20 title charge .

Wijnaldum has now offered an insight into how he has honed his craft at Anfield, crediting Klopp for helping him to develop his all-round game.

“My development since I came to Liverpool has been good,” the Dutchman told UEFA . “I have become more of an all-round player.

“I was used to playing in a very attacking role and only in attack. Since the World Cup with [Louis] van Gaal [in 2014], I have had a more controlling role in midfield and that went well. After that, I didn’t play that role again, at PSV or Newcastle.

“When I spoke with Klopp, he saw me in a more defensive role, where I needed to be an all-rounder. It’s not always easy as I am used to attacking, but it has helped in my development. I am a more complete player now than I was when I arrived.”

Wijnaldum added on his own personal relationship with Klopp and the German manager's ability to improve players: "The manager has had a big influence on me. He has brought the club back to where it used to be and he brought his vision to the club, and I have to say his vision fits the club.

Liverpool have opened up a 25-point lead at the top of the Premier League standings after 29 fixtures, and only need two more wins to secure a first title in 30 years, but their coronation has been delayed indefinitely by the ongoing coronavirus crisis sweeping the globe.