Lampard not in immediate danger at Chelsea despite Tuchel looming large 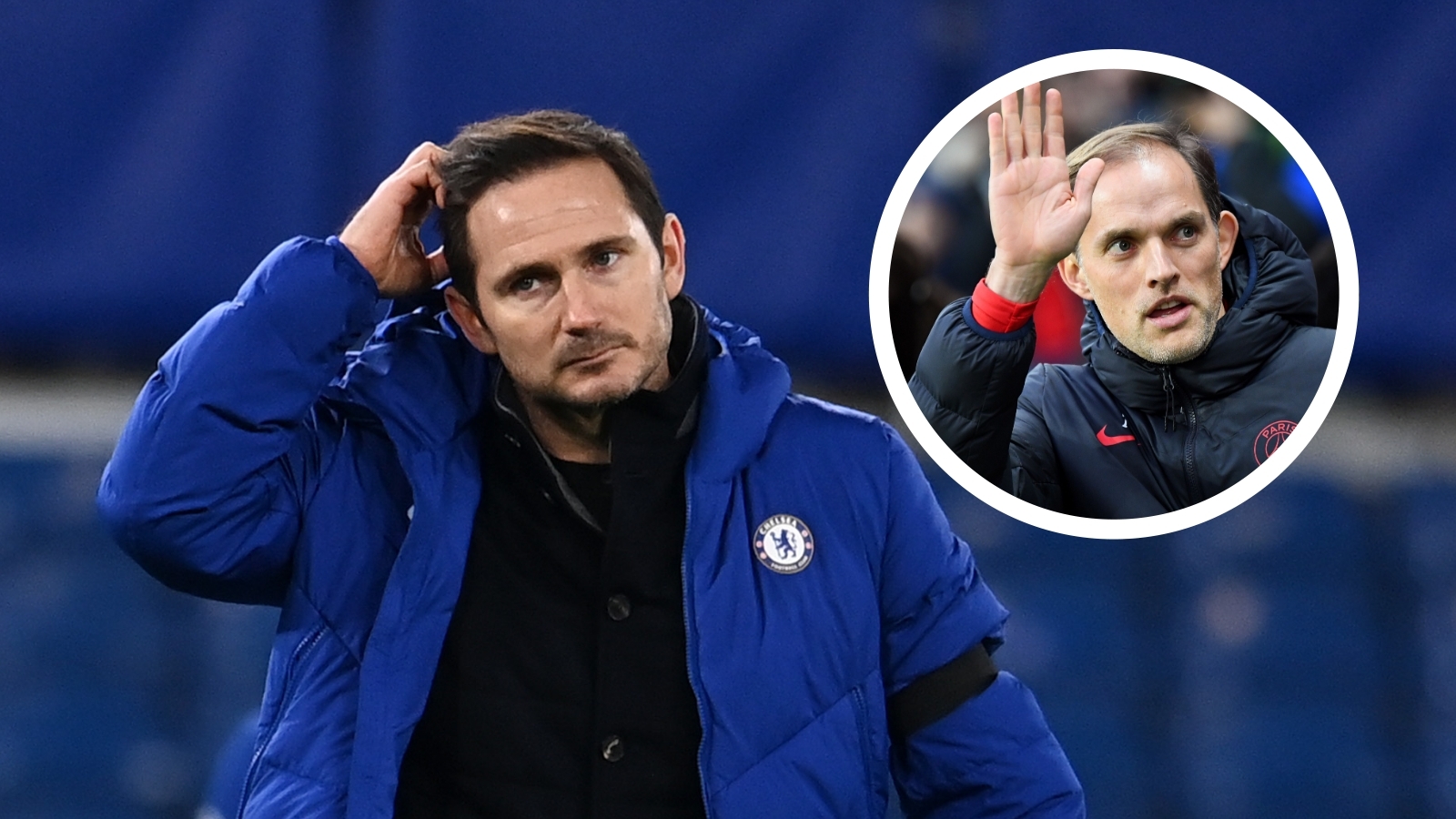 Frank Lampard faces a fight to convince Chelsea that he can lead the club towards future glory as experienced managers across Europe begin angling for his position.

Manchester City's 3-1 win in London has added to a run of poor results for the Blues that has seen them collect just one win from their last six Premier League games.

Chelsea have two days off following that defeat and nothing has been communicated to Lampard about his future. There is thought to be no immediate danger of him losing his job ahead of an FA Cup third-round clash against Morecambe on Sunday.

Lampard has publicly expressed his desire to remain at Stamford Bridge and urged patience from all those around the club citing that his squad remains young and unproven.

"I am a perfectionist who wants the best for this club," Lampard said at Stamford Bridge. "The first person who puts on the pressure is me. At times, last year, I wanted to push and be even better than fourth, even though I felt it was an achievement considering the ban and the youth in the squad.

"This season the sixteen game unbeaten run was something I was always trying to temper as it went on. We breezed through our Champions League group. I didn't take much notice of that because I felt that with the players and the way they were playing that we should get through and we showed some really good form.

"Well, the reality is that a lot of the players who came in are young, new, have been injured, not played together before. I haven't been able to play Ziyech, Pulisic or Timo Werner in the same team.

"If we are expecting the relationship between them three to be the same as Sterling, De Bruyne and Bernardo Silva today then there are expectations that are not real. The expectations after Leeds that we are title contenders was not real.

"I am real now in saying the club has to take pain for where we want to get to. Any build or re-build that we have with the players we brought in takes pain. That means pain on the pitch, pain behind-the-scenes and fight and character. That's how you build.

"Pep Guardiola in year one at Man City, an incredible coach comes in and there's tough times. We know the story with Man City and Liverpool. I am not putting myself on that level because I have to show that in a few years time and I have to show it.

However, with £220 million ($275m) spent in the summer transfer window on his squad, the pressure on Lampard remains intense, with sections of the club's support growing restless.

Furthermore, recently departed former PSG manager Thomas Tuchel has long been keen to manage in the Premier League at a top-six club.

The three Germany internationals in the Blues squad may strengthen his case to take over from Lampard, with Pulisic having also come through in his first major job at Borussia Dortmund.

Tuchel has been considered for a role at Chelsea in the past, but had never topped the club's shortlist.

Mauricio Pochettino has long been admired despite his connection to Tottenham, but he has since gone on to accept a role to replace Tuchel at PSG.

Massimiliano Allegri has been touted as a possible successor and has also expressed an interest in coming to the Premier League after leaving Juventus in 2019. The Blues have not yet contacted Allegri over any future role at the club.

Still, as agents work behind the scenes to insert their clients into contention for a prominent post in west London, there remains caution about Lampard's future.

The Blues boss remains popular with most of the dressing room, which features a host of young players who are grateful for the chance to play for him.

There is, however, some discontent from those on the fringes of a squad which remains oversized. Chelsea are just one of many big clubs that struggled to offload players during the pandemic.

Lampard has previously admitted that he is ready to trim his options to increase the group's harmony, with the likes of Emerson Palmieri, Marcos Alonso, Antonio Rudiger and Fikayo Tomori all exploring their options.

Chelsea have included a host of youngsters within the first-team bubble and paused their chance to seek loan moves ahead of debuts in an FA Cup clash with Morecambe this weekend.

Tino Anjorin, Tino Livramento, Lewis Bate and Henry Lawrence are among the Under-23s stars who are being considered for selection.