EA Sports knows some people can't wait to get playing the new game, so Early Access is available to satisfy the impatient among us

FIFA 22 will soon be emblazoned across our screens with the October launch not far away, but if you can't wait to get your hands on the game, you can play it early.

Whether your console is a PlayStation 4, Xbox One, PlayStation 5 or Xbox Series X/S, EA Sports facilitates an early access perk for those who are keen to get things started.

So if you're itching to play the new edition of the famous FIFA series, Goal has all the details about how to play early and when you can do so.

There are a number of ways in which you can play FIFA 22 early, ahead of the official release date on October 1, 2021.

One way of playing FIFA 22 before the release date is by signing up to EA Play - a service which will allow subscribers a 10-hour preview trial.

The EA Play early access trial is available from September 22, 2021 - 10 days before the official launch day.

Available on PlayStation, Xbox and Windows devices, the price of an EA Play subscription is £3.99 a month (£0.79 for the first month currently) or £19.99 for an annual subscription.

As well as being able to play FIFA 22 early, subscribers to EA Play receive a number of other perks related to other EA game titles, with a library of free games and discounts available.

You can learn more about EA Play on the official website. 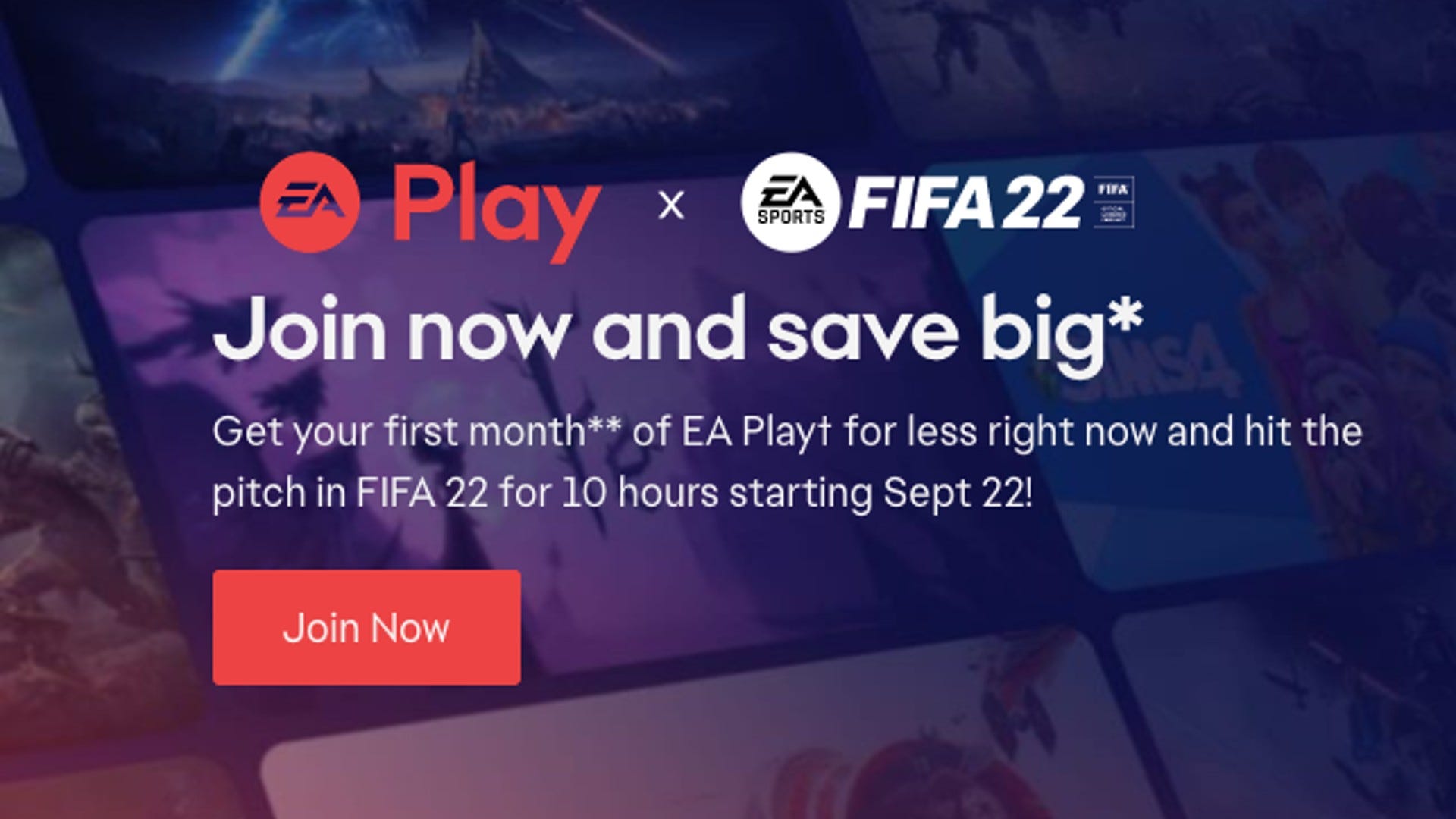 You can also play FIFA 22 early if you pre-order the Ultimate Edition of the game.

The pre-order perks for FIFA 22 Ultimate Edition include four days' Early Access, meaning you will be able to play from September 27, 2021.

For PlayStation and Xbox devices, FIFA 22 Ultimate Edition is priced at £89.99 in the United Kingdom or $99.99 if you are in the United States.

To pre-order FIFA 22 Ultimate Edition, you can do so via the official EA Sports website.

When is the official FIFA 22 release date?

October 1, 2021 is the official release date for FIFA 22 and it will be available to play worldwide across consoles on that date.

As noted above, early access is available from September 22 and also September 27, depending on whether you use EA Play or pre-order the Ultimate Edition.

How much does FIFA 22 cost to buy?

The price of FIFA 22 varies depending on which edition you buy, with a standard version and Ultimate Edition available.

It will also vary based on which console you play on, with the Xbox and PlayStation versions slightly more expensive than their PC and Nintendo Switch equivalents.

You can see the FIFA 22 prices in the table above.