When playing online matches Ultimate Team in FIFA 20, sometimes you might come up against a player with a special 99-rated card.

As well as the Team of the Year and Team of the Season cards with 99 ratings, there is a third type of 99-rated card in FIFA Ultimate Team - the extremely rare Pro Player Card.

These are only used by actual real-life professional footballers (or their families in the case of Pierre-Emerick Aubameyang) and cannot be traded to other accounts.

What is a Pro Player Card?

Their stats are greatly boosted from their default card to give them an overall rating of 99, meaning many of their individual attributes are also increased to 99. For example, Rodri of Manchester City sees both his defence and physical card ratings upgraded to 99, while his pace is changed from the default 67 rating to 84.

Player-edition cards do not get a weak foot or skill move upgrade, so Virgil van Dijk's Pro Player Card is rated 95 for dribbling, but still can only perform two-star skill moves.

How do you get a Pro Player Card? 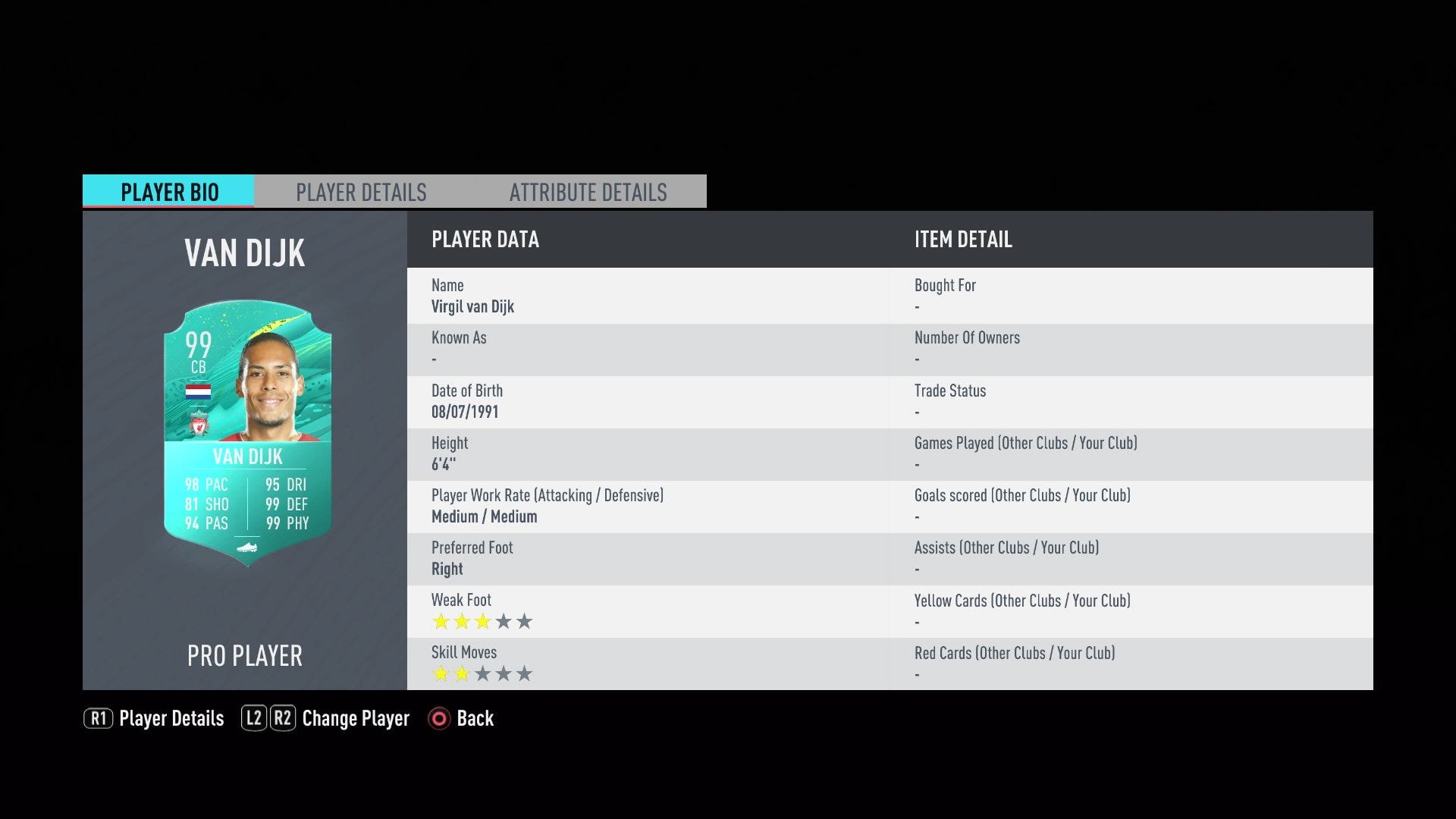 EA Sports gifts Pro Player Cards to real-life professional footballers who play FIFA 20 in their spare time. These are sent through the console to the player along with other special cards for their club.

As a result, many real-life players are gifted ICONs such as Ronaldo and Pele to help them complete their squad in FIFA Ultimate Team.

Players or their agents can contact EA Sports to request their own Pro Player Card and these can be assigned to any player in the game, even if they are playing in lower divisions or less-popular leagues.

Pro Player Cards cannot be sold on the transfer market as they count as untradeable items.

Who has a Pro Player Card?

Over 100 Pro Player Cards have been issued for FIFA 20. Most of these have been given to players who play FIFA Ultimate Team on their consoles.

Others have been assigned as part of featured teams in offline Squad Battles and their attributes can be seen by pressing the right analog stick while viewing the squad.

What teams do professional players use?

Jadon Sancho had a 99-rated Player Pro Card in a Squad Battles team early in the season on FIFA 20, but he also plays online matches.

Hoffenheim forward Munas Dabbur is one of the best real-life footballers playing FIFA 20 and has once went unbeaten in FUT Champions, winning all 30 of his Weekend League games.

Check out the FUT squads of many professional players here.