For Curtis Jones, the time is now.

That may sound a little strange, given we are talking about a player who is already closing in on 75 senior appearances for Liverpool, but if the 21-year-old is to make the next step at Anfield, then the feeling is that it has to happen soon.

With much of the current discourse surrounding Jurgen Klopp’s apparent need for midfield reinforcements, all eyes are on the players already at his disposal.

Who are the ones who are going to step up and quieten the noise? Who can make themselves a permanent fixture, both in the short and long-term?

Jones is one of the ones who will be most under the spotlight. An unquestionable talent, and a firmly-established member of the Reds’ first-team squad, the challenge now for the academy graduate is clear: to get into the team and stay there.

Last season, in terms of both games started and minutes played, he was Klopp’s fifth most-used midfielder. Only Jordan Henderson, Fabinho, Thiago Alcantara and Naby Keita featured more than Jones, who made 34 appearances and clocked up more than 1500 minutes across all competitions.

This, too, in a season interrupted by illness and injury. Jones suffered concussion on the eve of the campaign last August, missed the best part of two months with a freak eye injury sustained in training at the start of November and then, when finally fit again, tested positive for Covid-19, ruling him out of two more games.

It should also, however, be noted that as the season reached its crescendo, Jones found himself largely sidelined. 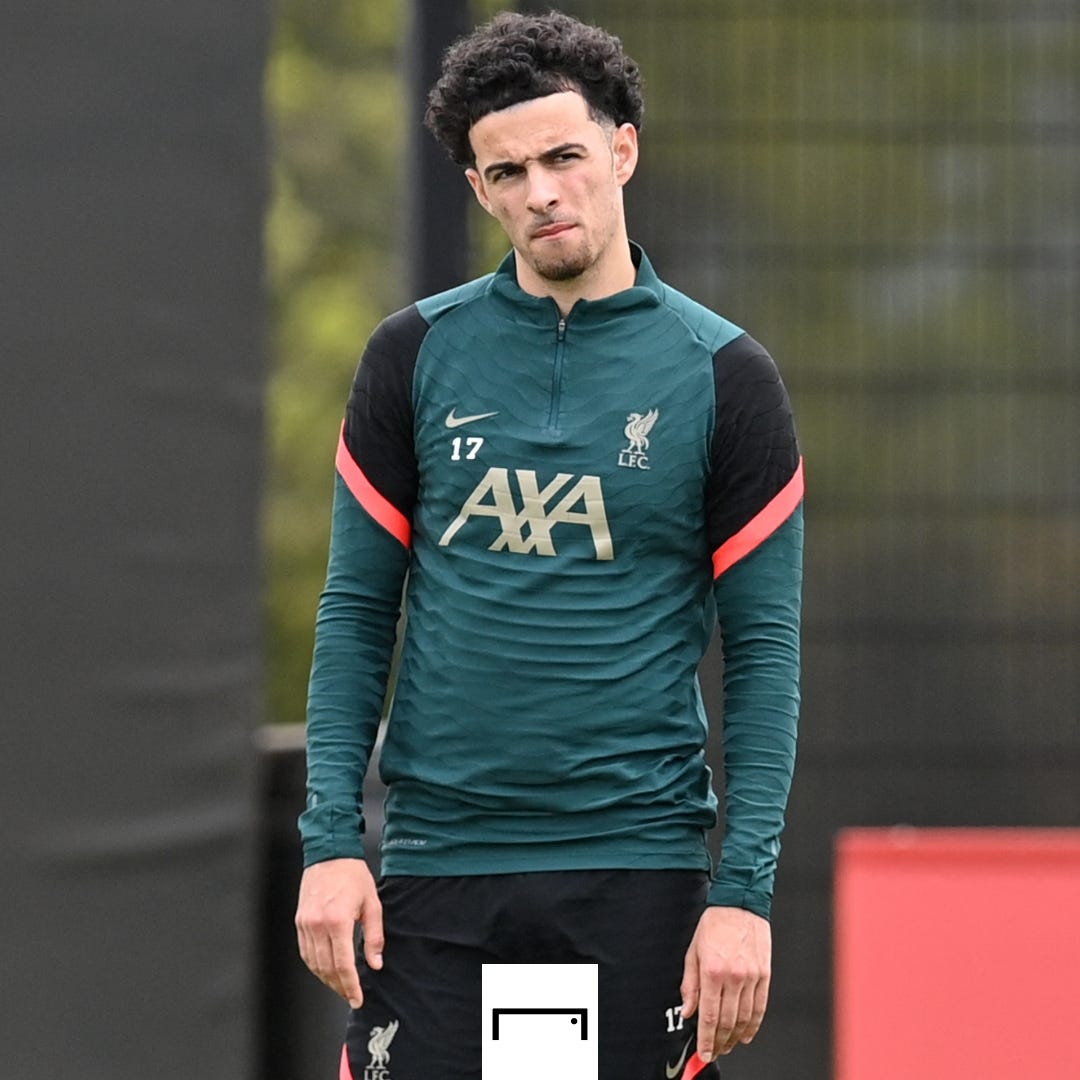 He started only two of Liverpool’s last 15 matches in all competitions, with a further two substitute appearances, totalling 13 minutes, thrown into the bargain.

He was unused in both the FA Cup and Champions League finals, having not even made the bench for the Carabao Cup win over Chelsea at Wembley back in February.

There were moments of clear promise – a terrific goal away at Brentford, a hat-trick of assists against Porto in the Champions League and a top-class display at Arsenal in the second leg of the Carabao Cup semi-final, to name but three – but Jones’ battle now is for consistency. Of performance first and foremost, and then, hopefully, of selection.

It’s a theme Klopp himself touched upon back in January when discussing the player’s progress.

“He’s young, very young, but from what I see his ­potential is just incredible. So, we have to find a way to show that much more often.

“That’s where we are in Curtis’ development.”

Klopp certainly rates Jones – “I’m one of his biggest fans,” he is on record as saying – but it was interesting to hear Lee Carsley, the England U21s coach, strike a similar tone earlier this month when discussing his development.

The feeling, clearly, is that there are levels still to be unlocked.

“It's important to me that Curtis doesn't play within himself,” Carsley said. “'He's got to be the best player every day, every game.

“I think he can score more, I think he can assist more. When he gets in front of goal, he's got that quality. He needs to show it on a regular basis, consistently, for us.”

Jones’ gifts are obvious. His touch, balance and ability to receive and retain the ball under pressure are all of the highest level, while Pep Lijnders, Klopp’s assistant coach, has described him as “a physical machine” who “gives the team risk” whenever, and wherever, he plays.

Some, perhaps, would question that last statement. Jones certainly arrived into Liverpool’s first-team as a risk-taker, a player of flicks and tricks and, if anything, too much self-confidence.

But while his physicality and his tactical discipline have improved immeasurably, it is easy to wonder if something has been lost in terms of his ability to consistently influence games in the final third.

Last season, for example, his only goal was that Brentford strike, while his sole Premier League assist was for Mohamed Salah against Manchester City in October – and with respect, it was hardly put on a plate for the Egyptian, was it?

Klopp remembers the first time he saw Jones, as a 15-year-old training as part of Lijnders’ ‘Talent Group’ at Melwood.

Liverpool have got a 𝗦𝗣𝗘𝗖𝗜𝗔𝗟 young player in Curtis Jones 🚀 pic.twitter.com/VcDhnFtpAj

“I looked out of my office and it was ‘Ooof, wow!’” he recalled. “The next question was ‘how old is he?’ – he was already clearly a massive talent.

“[But] talents need to work and learn the game. He is doing that every day, [but] sometimes they need a push and Curtis looks like he is that guy.”

Liverpool have no intention of giving up on Jones any time soon. They rejected an ambitious loan offer from Leeds last August, and reports of a £15 million ($18m) bid from Aston Villa were given similarly short shrift.

Their faith in him – as well as Harvey Elliott, another youngster hoping to establish himself as a regular starter this season – is one of the reasons they are ready to take their time before making a big-money midfield signing.

If one, or both, of those two were to take the next step soon, the situation may suddenly look very different.

It is more than three-and-a-half years since Jones’ professional debut, and two-and-a-half since he announced himself on the big stage with a stunning winning goal against Everton at Anfield in the FA Cup.

He has taken big strides since then, but now he must take the biggest of all.

The 2022-23 campaign could well be the defining season of the young Scouser’s career.