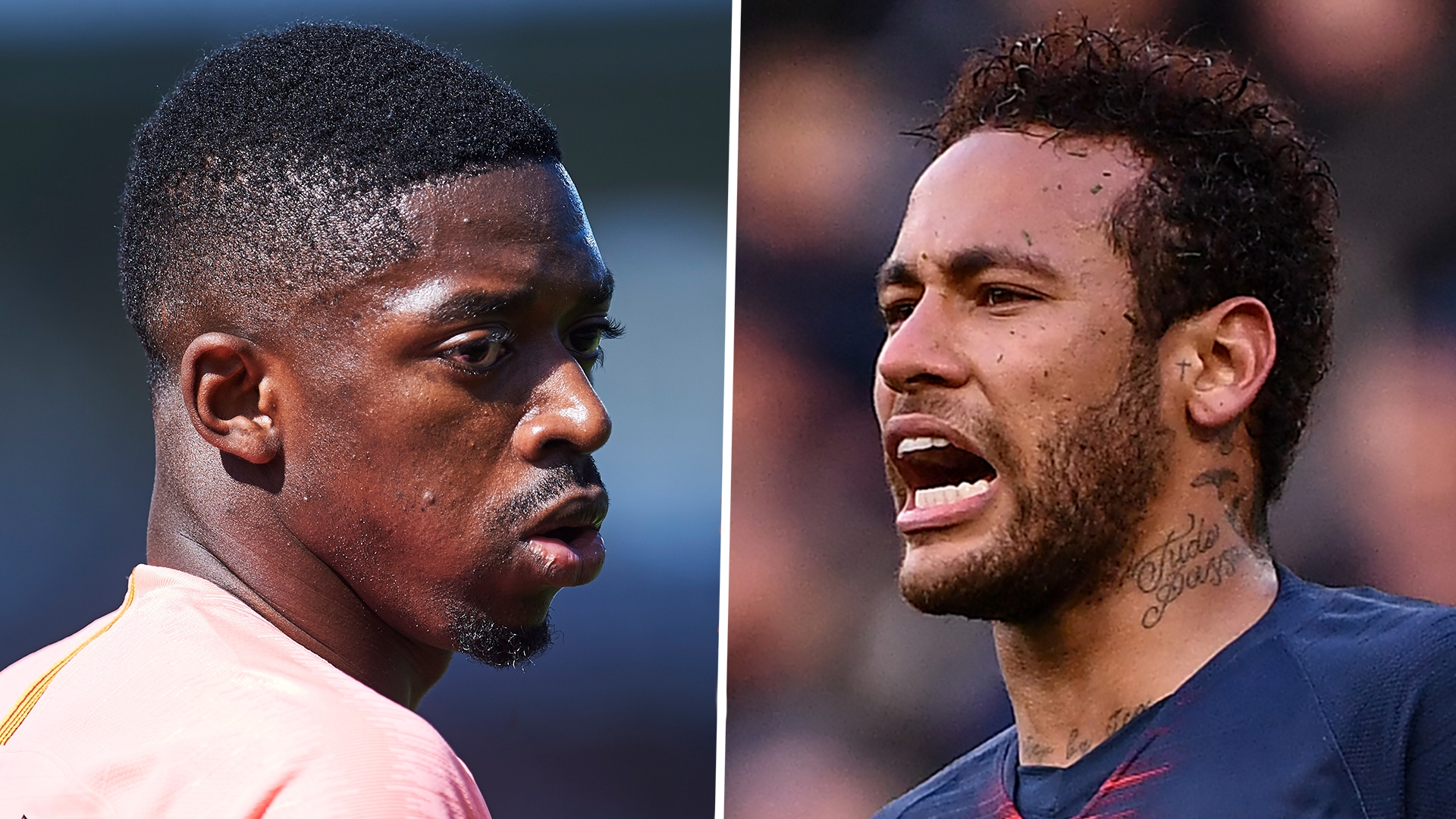 Barcelona are inching closer to re-signing Neymar after a protracted summer transfer struggle, though they still need to convince Ousmane Dembele to leave for Paris Saint-Germain to push the deal through.

Brazil international Neymar has been subject to a tireless transfer offensive from Camp Nou over the last few months, which has served to strain relations with PSG while also effectively severing the link between the player himself and his current club.

At no point, however, has a move for the man who smashed the transfer world record just two years ago after leaving Barca in a €222 million switch looked a certainty.

PSG have held out for not a penny less than the huge sum that brought Neymar to Parc des Princes, while the Catalans are equally insistent that they cannot meet such an asking price with cash alone.

For that reason, as the weeks have gone by more and more players have entered the prospective deal, with as many as three possibly headed to France in order for Barca to land their top target.

Ivan Rakitic and Jean-Clair Todibo have shown themselves willing to join PSG as makeweights in the deal, leaving just Dembele to sway with time rapidly running out.

As the France forward's agent confided this week, the player signed as Neymar's heir has no intention of departing, despite enduring a rocky relationship with those in charge at Camp Nou amid claims of indiscipline - most recently, by failing to notify the club of an injury picked up in Barca's defeat to Athletic.

"I repeat for the 20th time, Ousmane will stay and succeed at Barcelona," Moussa Sissoko fired to  RMC .

"The deal would have been better financially in Paris for Ousmane and for me, his agent, but money is not the most important thing, it is success in his career."

Inside Barca, meanwhile, the impression is that coach Ernesto Valverde is tired of fielding questions over both Neymar and Dembele .

"I'm really looking forward to that day coming and we can give everything a rest and we all know the state of everything because this has been going on a long time," he told reporters ahead of Barca's La Liga game with Osasuna on Saturday.

"On the subject of Neymar, I have nothing to say. He's a player at another team. We respect our rivals and we'll see what happens.

"Dembele? At the moment, he is injured. We'll have to wait and see. I'm not going to comment on anything on Dembele."

The feeling inside Camp Nou now is that while Neymar's arrival before the transfer window closes is unlikely - a feeling shared by PSG director Leonardo - it is not yet impossible.

There is hope that the Ligue 1 champions will end up bowing to pressure and releasing their superstar with or without Dembele, with Neymar a virtual exile around Parc des Princes having turned up late for pre-season training following the Copa America.

That, however, would not solve the question of what to do with the Frenchman, who would be expendable in the case of Neymar's arrival and needs a new club.

Barca will continue to work on their forward and convince him a fresh start is the best option, as they work around the clock to end this transfer saga once and for all.